Ask Question
Asked 5 years, 9 months ago
Active 5 years, 9 months ago
Viewed 539 times
1
$\begingroup$
This question already has answers here:
Why do large aircraft have their engines mostly on the wings, while smaller ones tend to have them in the tail or the tip? (5 answers)
How does the mounting location of a jet engine affect aircraft performance? (4 answers)
Closed 5 years ago.

Some aircraft have engine beneath the wings and some have at the rear of the aircraft.

What are the factors that are considered while deciding where to mount an engine?

Is one configuration advantageous over other?

I am just a Flight Sim enthusiast so everything I say should be heavily scrutinized, but there is a flightsim that features the A-10C which has an engine configuration just like you describe as you can see in the picture. 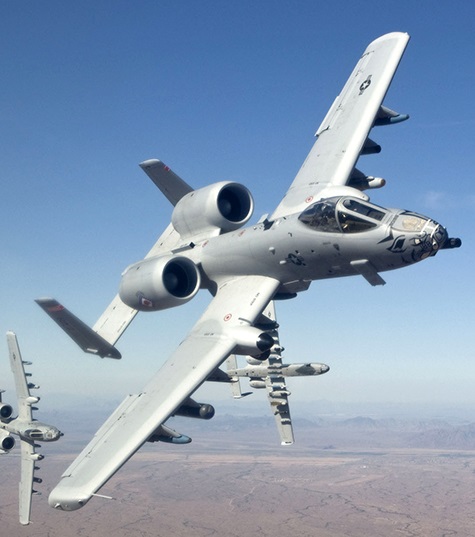 The (ingame) flight manual has the following to say about the engine configuration:

Engines All versions of the A-10 have been powered by twin TF-34-GE-100A engines that are mounted high on the rear fuselage between the wings and the rear stabilizers. The unusual placement of the engines provides several distinct advantages:

Another related thing I found was how they combine with the leading edge slats, it says.

As most of these reasons are in a military setting I cannot comment on the advantages for civilian aviation.

39
Why do large aircraft have their engines mostly on the wings, while smaller ones tend to have them in the tail or the tip?
33
How does the mounting location of a jet engine affect aircraft performance?

33
How does the mounting location of a jet engine affect aircraft performance?
50
Why are push-propellers so rare, yet they are still around?
59
Why not mount airliner jet engines above the wings?
29
Why do we use pylons to mount the engines on jetliners?
17
Why are modern regional jet designs shifting towards under wing engines?
9
What advantage(s) are there for the HondaJet's engine mount position?
5
Why do BWB designs typically put the engines in the rear?
11
Why do some aircraft (e.g. Avro RJ85) have rear-mounted air brakes?
3
Beside payload size, what precise factors are considered to choose the fuselages shape?
29
Why do most airliners have underwing engines, while business jets have rear-mounted engines?