Why was the WWII RAF fighter joy stick loop design not used widely?

WWII RAF fighters had a loop on top of the joy stick in case of hand loss or injury - Anyone know why the Allies didn't copy this very helpful idea?

A control stick with a loop at the top was called a "Spade Stick". Generally only Hurricanes and Spitfires had them.

Other aircraft didn't use them because the cockpits were large enough to accommodate a normal stick and still provide good leverage and side to side travel.

The loop was there so a pilot could use both hands on the stick to get more lateral force since the effective length of the stick was now much less than a conventional floor mounted control stick.

Pilots found them to be much more comfortable to hold and loop style sticks did also get used some on larger aircraft with conventional floor mounted control sticks. 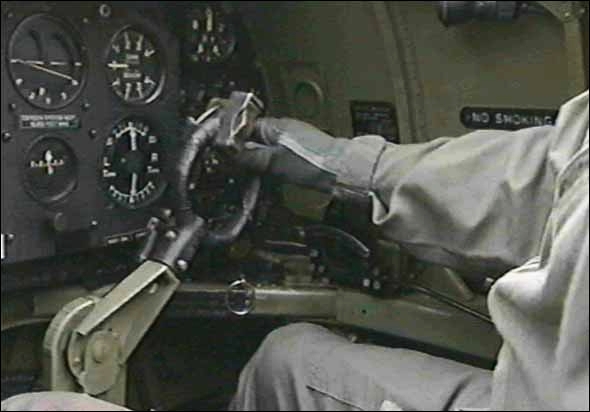 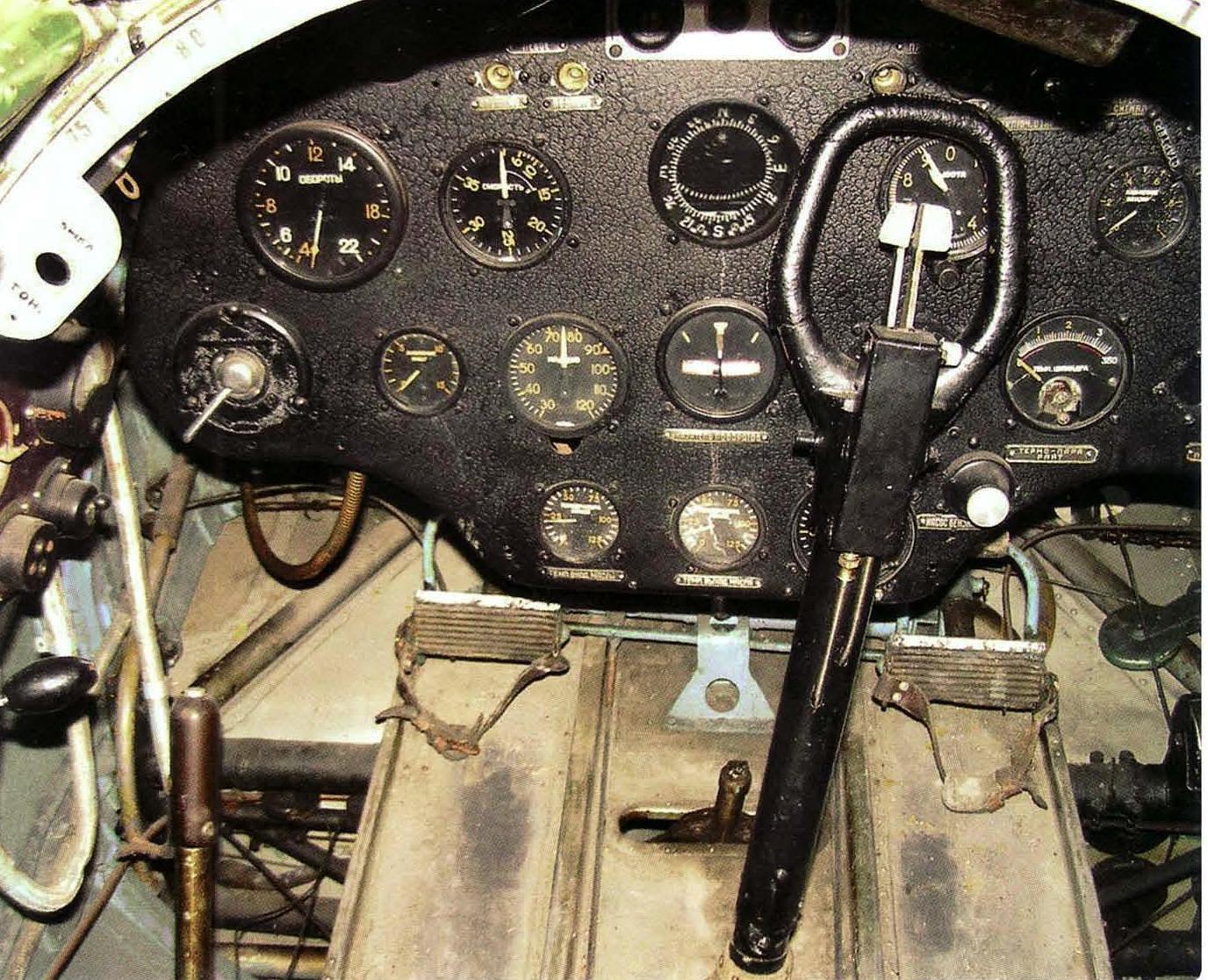 It didn't have that peculiar half-stick roll, but it did have the "loop".

I can't say it was "copied" from RAF; after all, R-5 was designed in 1928, which predates most if not all similar British designs. Besides, Britain was not considered by the USSR an "ally" at that time (which didn't prevent them from using/licensing/copying British engines and perhaps other stuff).

Nor would I say it was done for the case of injury. It was just hard to control these airplanes with one hand.

I believe the other consideration not mentioned here is that the spade design comes from earlier wwI British designs like the se5a. So it was a carry over from those planes and the trainers like the tiger moth.

The spade facilitated two handed control. The early spits and hurricanes had no hydraulics (which were more costly to manufacture and viewed as vulnerable to failure from enemy flak and bullet damage). Control surfaces were strictly operated by muscle with cables and the modest leverage of the control horns, pullies and assorted linkage. In a dive or steep bank turn with g loads on the pilot it might take all you’ve got to pull back on the elevator.

Hence the observation made by another that heavier planes and multi engine (pilot co pilot) configurations get yolks in the American designs of the period.

The spade also allowed for easy switching of hands to access other levers, knobs etc mounted on either side of the cockpit without having to “let go” of the stick or pass it between your two hands as you would to get the same grip position on a straight stick.

By “allied” designs, I assume you mean American and many of our fighters except the earliest used hydraulics to control flight surfaces.

Oh and don’t forget that the Brits love to garden...so the spade was a familiar implement in their hands. 😉

Not the answer you're looking for? Browse other questions tagged aircraft-performance emergency flight-instruments cockpit or ask your own question.

4
How reliable are stick shakers?
14
How does the pilot check if an engine fire is real?
7
Does an increase in air temperature actually improve aircraft performance?
19
What do these instruments do?
32
Case Study: Did I need to declare an emergency?
7
What are the pros and cons of having a side-stick versus a centered control stick in a fighter aircraft?
6
What is this button (pressed during approach) on the Airbus A320?
31
Why was a flight delayed because of a bird in the cockpit?
3
Are steam gauges more reliable than glass panels?
2
Has a passenger or cabin crew member ever flown an airliner?