Is it possible to divert a plane to a distant airport?

Some years ago I have spotted that an Eurolot flight from Amsterdam to Gdansk, diverted close to final approach to a distant airport on the other side of Poland: 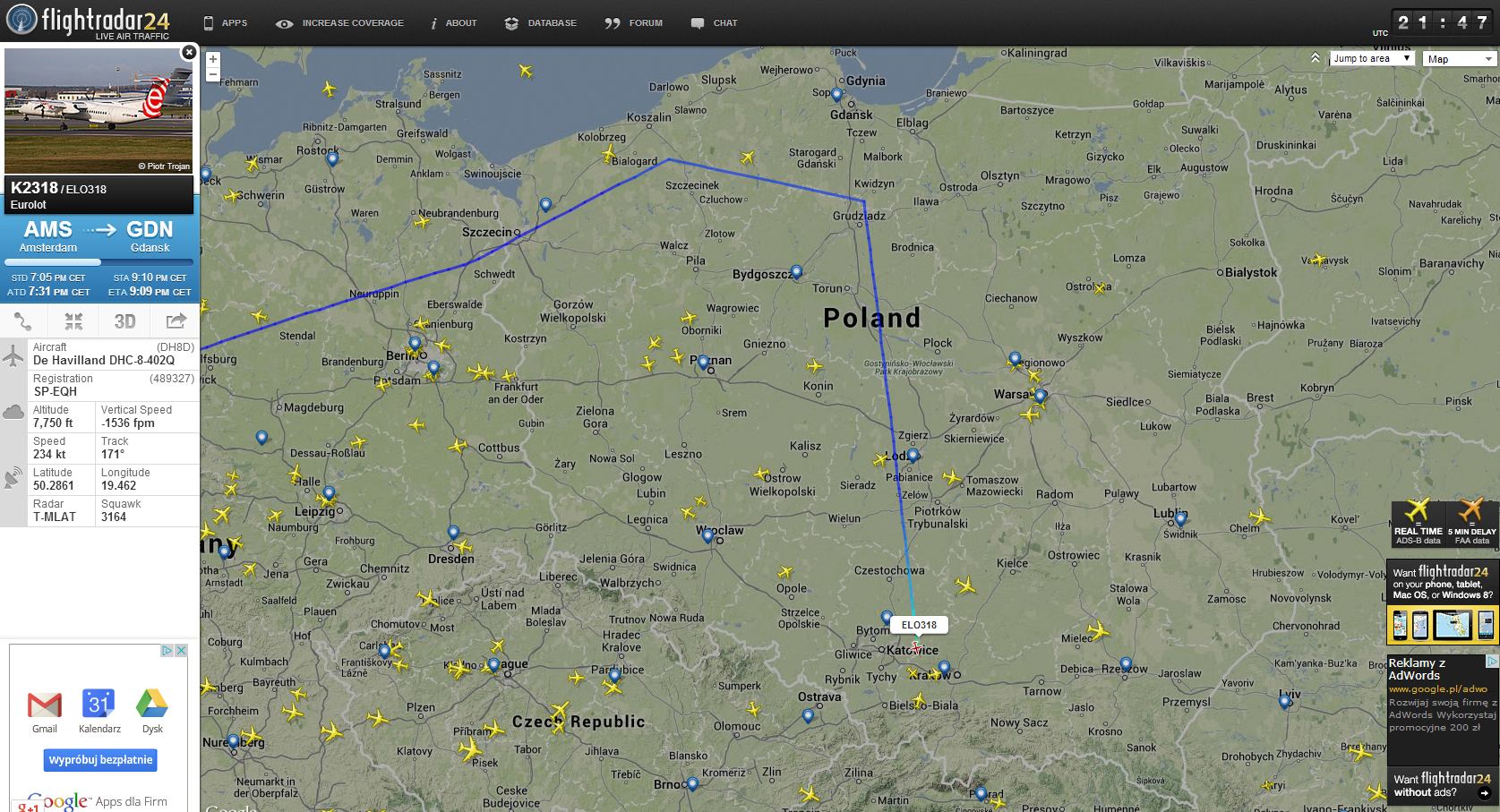 Is this another example of Flightradar24 bug and it is more than possible, that this particular flight actually landed in desired destination airport? Or are there any business or operational rules or some special situation, that would judge diverting a plane to a distant airport, while having at least 5-6 other airports closer "on the track"?

For me -- layman -- the answer is: No, there are no such reasons and airplane is always diverted to the nearest airport, that is able to accept it (taking plane type, weather conditions etc. into account). But, I'd like to get some expert confirmation, if there are no exceptions from this rule of thumb?

EDIT: In my opinion, we're dealing with a quite different situation here than in previous question (and that's why I didn't merged both questions into one). Mainly, because:

So there actually was no other flight between Amsterdam and Katowice that Flightradar24 could mistakenly taken as this one.

The diversion airport is selected by the captain¹.

If the aircraft needs to divert for some urgent reason like engine failure, smoke/suspected fire/fire, medical emergency and similar, the captain will select the airport so that they can land as soon as possible. However from cruise altitude even expedient descent still takes about 15–30 minutes and the plane can cover 50–100 nmi, so they still have some choice in most places, especially densely populated areas like Europe.

But there are many less urgent reasons that warrant diversion. The most common is of course that the intended destination is closed due to weather, accident or other problem. And then there are problems like pressurization failure that require descent to lower altitude where the fuel consumption is higher, so the plane no longer has enough fuel to reach the original destination, but still has fuel to fly considerable distance.

Sometimes the plane can even reach the intended destination just fine, but some fault occurs that would be hard to fix there, so the plane returns or diverts somewhere it will be easier to fix.

So something happened and for some operational reason it was easier for the airline if they had the plane in Krakow than if they had it in Gdansk (or, if it was not possible to have it in Gdansk, better to have it in Krakow than, say, Warsaw, which was still closer). For example I remember reading about incident where wind shield cracked on a plane already on approach to their destination, Klagenfurt, and they returned to Vienna and sent the passengers by bus. Because it was apparently easier (and cheaper) for the airline than fixing the airplane in Klagenfurt without suitable hangar (with cracked winshield the plane may complete the flight, but not take off again).

¹ Except really special circumstances like violation of foreign airspace and arrest by interceptors, nobody from outside can divert the plane. The pilots do.

I won't reply to the "is it possible the flight was diverted this far" bit, as other have given good reasons for this.

However, even though we're missing quite a bit of data, it seems quite obvious that this specific flight was never diverted: the AMS-GDN flight got out of range of FR24 on approach to GDN, and somehow FR24 took the following flight (from GDN to somewhere else, probably Krakow) as the continuation of this flight. Full data history would probably show a big gap in the data between the two sharp "turns".

This is consistent with:

Remember this is a Dash 8, which is not equipped with ADS-B, but a simpler Mode-S transponder, which requires multilateration (MLAT) and hence to be visible from at least 4 stations to show up on the FR24 map, and provides less data.

Is it possible to divert a plane to a distant airport?

I was on a flight that was diverted from Heathrow in the south of England to Prestwick in Scotland. It seemed like quite a long distance to me at the time.

There are actually plenty of airports closer to Heathrow than Prestwick.

This was due to major storms sweeping through the British Isles.

The plane was initially diverted to Manchester but that airport was closed before we got there. Prestwick was pretty bad but I think the pilot was probably running out of choices within fuel range by that time.

There are lots of factors playing into a pilot's decision as to which airfield to divert to. Typically this will include:

As for fuel minima - it varies a bit from country to country and airline to airline, but a general rule of thumb is that the flight should have enough fuel to hold in a stack for a reasonable time (20-30 minutes at Heathrow), attempt a landing, and divert to their declared alternate. So, if you're going to make the decision to divert early, then you could feasibly travel a good extra distance in pursuit of one of the items listed above.

Not the answer you're looking for? Browse other questions tagged airline-operations commercial-operations or ask your own question.

3
Possible reason for diverting domestic flight to a distant country

27
How do airlines pay air crews for an aborted flight, in general?
13
Why do airlines have intermediate stopovers with no passenger boarding?
5
Could improper deplaning of a flight with full fuel tanks cause the plane to tip?
13
Does pilot monitoring have authority to go around in exceptional circumstances?
12
Why did flight NH175 divert back to Los Angeles?
9
With positive passenger/bag matching rules, what happens to a bag that does not arrive with the passenger?
9
Why was this commercial plane highly delayed mid-flight?
4
Does FedEx use other airlines?
13
Why did my plane descend nose down?