I have just spotted something weird (at least to me) on Flightradar24. A Lufthansa domestic flight from Munich to Frankfurt flying toward... Warsaw in Poland: 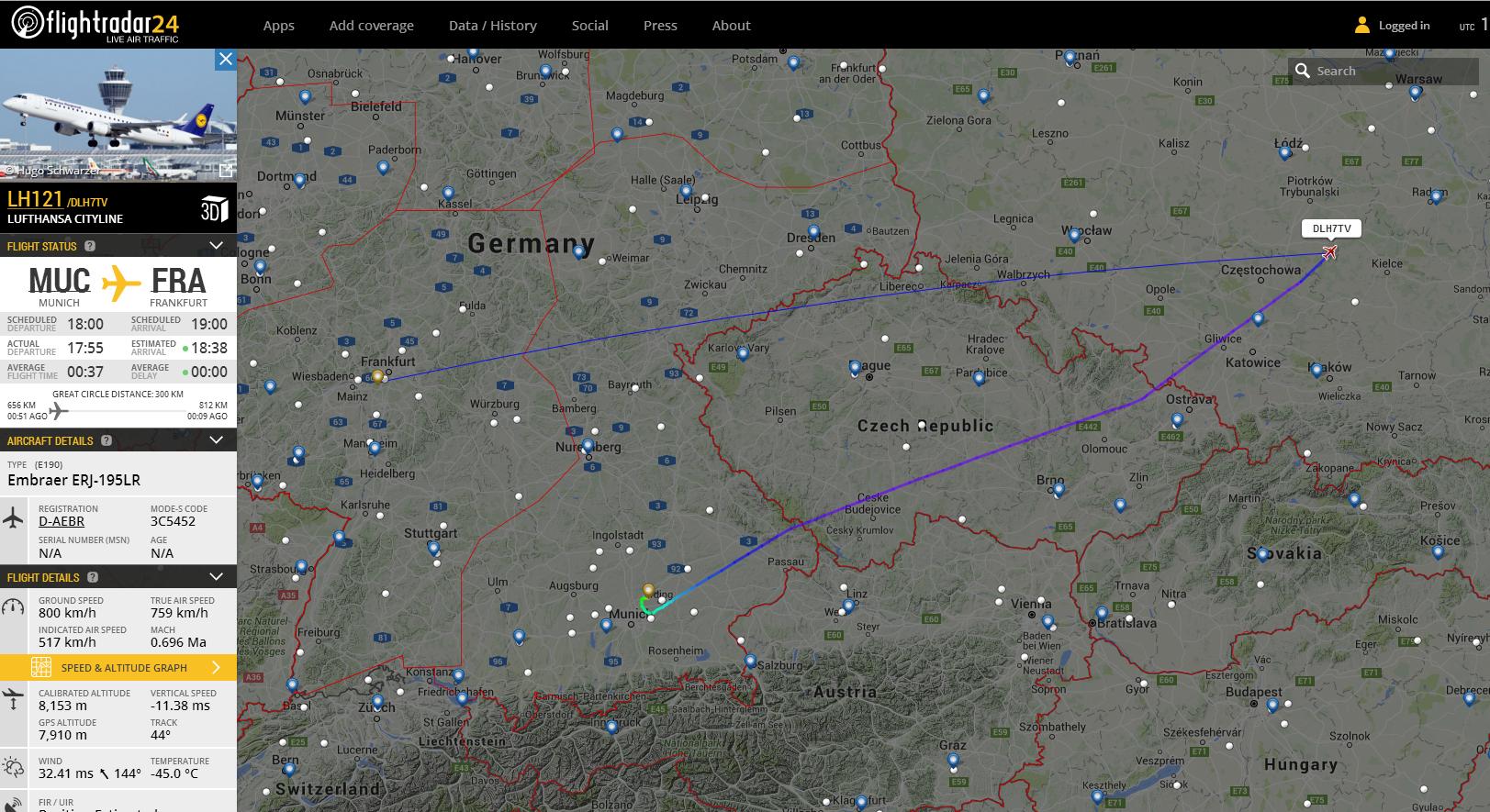 My first, and quite obvious conclusion was a Flightradar24 error, as it happens from time to time. But then, I have opened flight LH121 recent details and to my extreme surprise it turned out, that the very same flight was diverted to Warsaw yesterday as well: 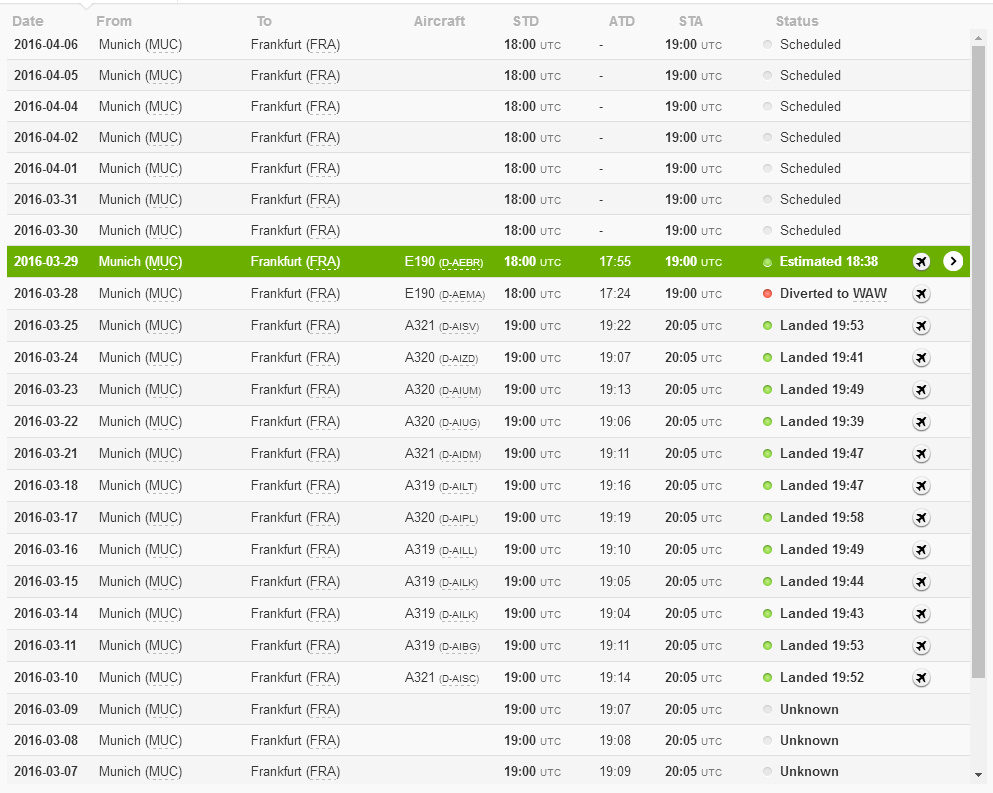 Is there any logical, business or technical explanation for this? Is there any logic at all in diverting local, domestic flight to a distant airport in not so close country? Because from mine -- real layman to airline operational rules -- this seems very, very wrong.

I mean, they have like about ten other airports in Germany, about six more in Czech Republic, not mentioning next six or seven in Poland itself, that this plane could land on, before reaching Warsaw.

Not mentioning for the fact, that looking at Flightradar24 track it seems like this plane would pointing Warsaw from the very beginning of takeoff. I mean -- Frankfurt is exactly opposite the way.

What am I missing?

Browse other questions tagged airline-operations commercial-operations lufthansa or ask your own question.

1
Is it possible to divert a plane to a distant airport?

27
How do airlines pay air crews for an aborted flight, in general?
26
Why are pilots asked to provide a reason for a go-around?
6
What is the name for a flight crew that includes extra members for a longer flight?
1
Is it possible to divert a plane to a distant airport?
6
Was a 7300-mile non-stop flight possible in 1979?
5
For flight planning must the forecast weather be above minima one hour before, after or at ETA? (EU-OPS)
2
Are there any safety or technical reason airlines do not display flight information to passengers in real-time?