Are elevator trim tabs required for an aircraft equipped with movable horizontal stabilizer?

The Bombardier C-Series aircraft has a movable horizontal stabilizer. It also has Trim Up/Down (discrete) switches in the cockpit.

From the images available online (this is a youtube screenshot, click it to see the larger version), no. And see point 3 on why I was not expecting any different. 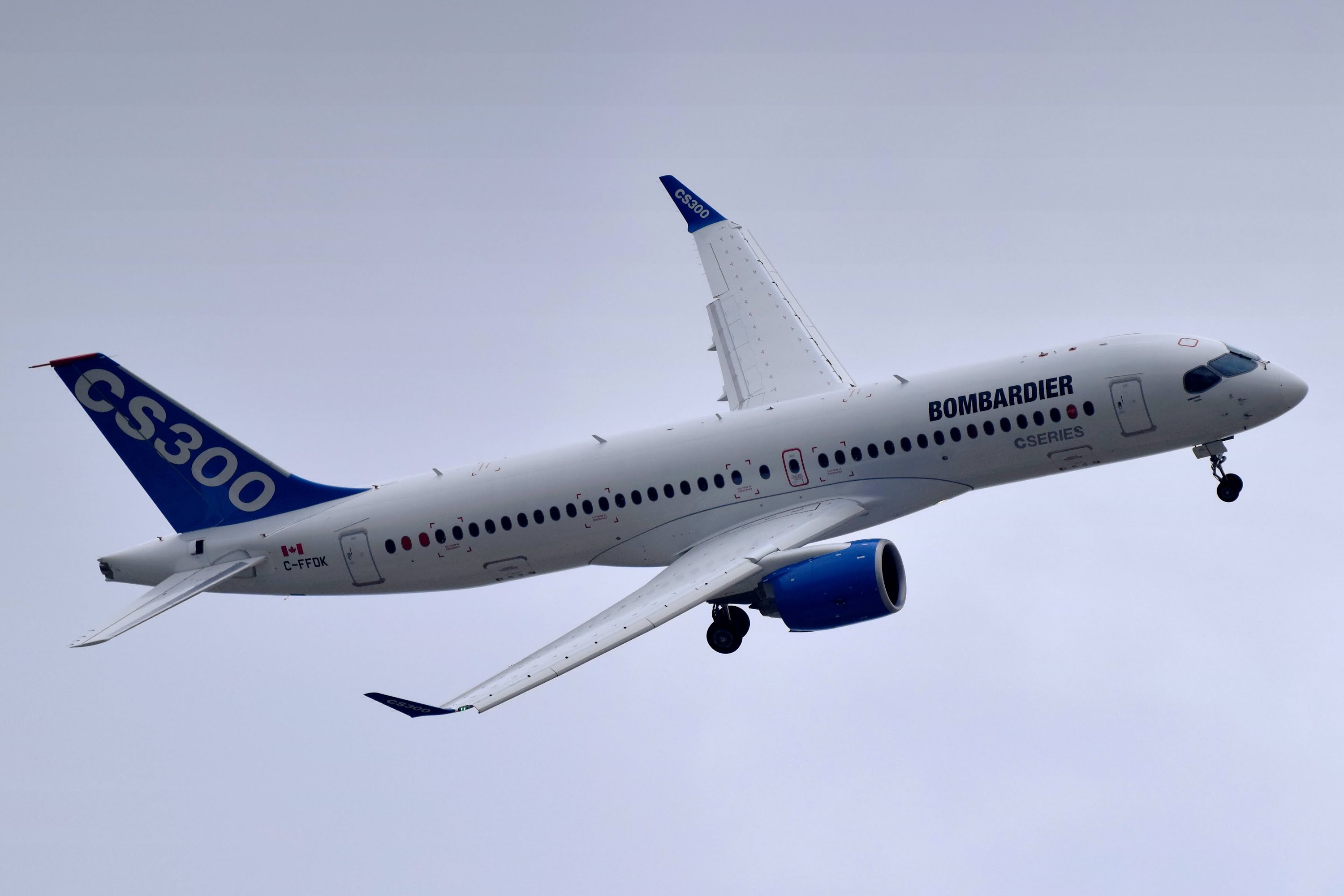 I do not see the need of such a solution, a trimmable stabilizer is already optimal, adding trim tabs would increase the complexity of the system with no significant benefits, as the use of tabs increases drag, something that a THS does not.

I do not know of any aircraft that uses both THS and tabs, but, should one exist, I presume one would use the tabs only if significantly faster than the THS actuation system, allowing the aircraft to be trimmed more rapidly, but afterwards the THS would take care of the trim allowing the tabs to go back to neutral and reducing drag.

This solution would be hardly beneficial, since commercial aircraft (as the one that prompted your question) do not preform manoeuvers that require such fast (and eventually frequent) re-trimming.

In addition, as GHB has pointed out in the comments, the elevator is already able to take care of fast transients, the trim tab would only provide unneeded complications (in the design, the maintenance, the control).

Not the answer you're looking for? Browse other questions tagged trim trim-tab horizontal-stabilizer or ask your own question.

10
Why couldn't Air Moorea Flight 1121 use pitch trim to land safely?
15
Is trimming for constant speed equal to trimming for constant angle of attack?
7
Why would a stretch variant need a larger horizontal stabilizer?
2
What does 'in-trim speed' mean with respect to Boeing 737 mis-trimming correction?
5
How the stabilizer cutout switch functionality has changed from Boeing 737 NG to 737 MAX?
8
Why does the MCAS use the horizontal stabiliser rather than the elevators?
5
Do aircraft fitted with both a trimmable horizontal stabilizer and a trim tab exist?
3
Why are the A300/310’s electric pitch trim switches inhibited with the autopilot engaged?
3
When was the first THS (Trimmable horizontal stabilizer) used and on what aircraft?
6
Why doesn’t the A320 have any provision for manual aileron trim?