How do plane landing-gear tyres roll before take off? [duplicate]

How do plane tyres roll? Are they equipped with special engines like cars or are they rolling using the plane flying engines? Or can both methods be found with different constructors?

Normally, aircraft wheels are rotating freely around their axle, unless the brakes are activated. The ground roll was a convenient time for engine warm-up in the days of piston aircraft.

However, rolling on the ground using jet engines is very inefficient; fuel consumption could be reduced if the aircraft uses other means of propulsion on the ground and only starts the engines right before take-off. Therefore, electric propulsion using hub motors is actively studied. The batteries could be charged (partially) during landing, when the hub motors are switched to generator mode, and the rest of the power could be provided by the APU.

Pushing back from the gate using jet engines is unwise, so a tug is used to move the aircraft to a position from which it can continue the ground roll to its take-off position. These tugs push a bar which is linked to the nose wheel of the aircraft. Towbarless (TBL) tugs scoop up the nosewheel and lift it off the ground, allowing more-secure control and faster maneuvering. 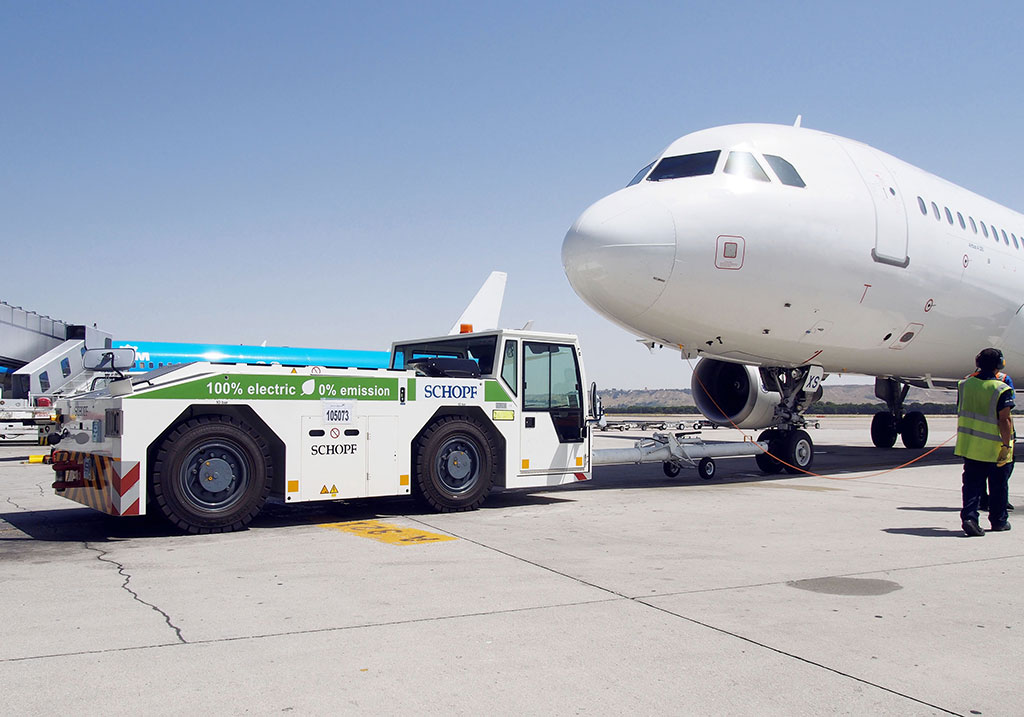 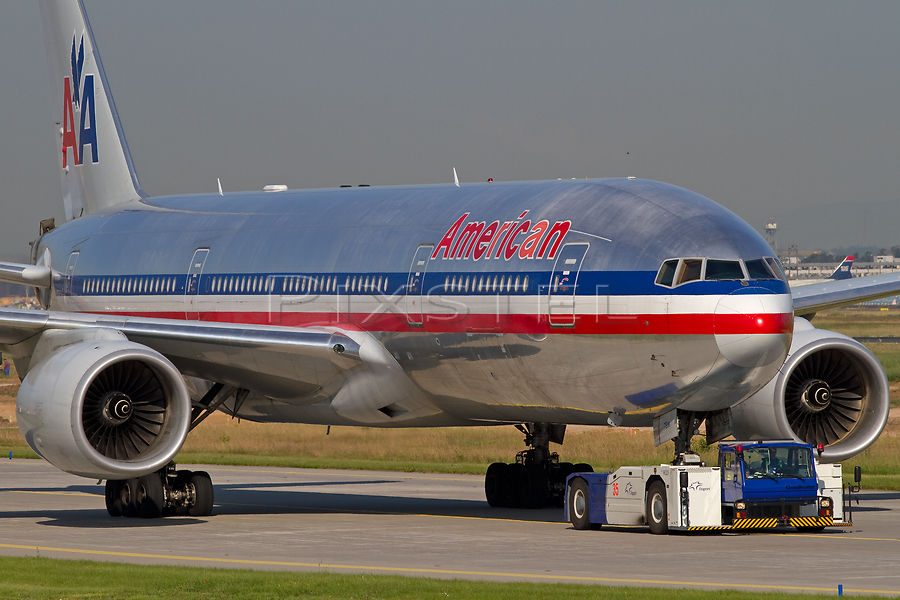 Boeing 777 being pulled by Goldhofer TBL aircraft tug (picture source). They are really hard to see when you are sitting in the cabin. 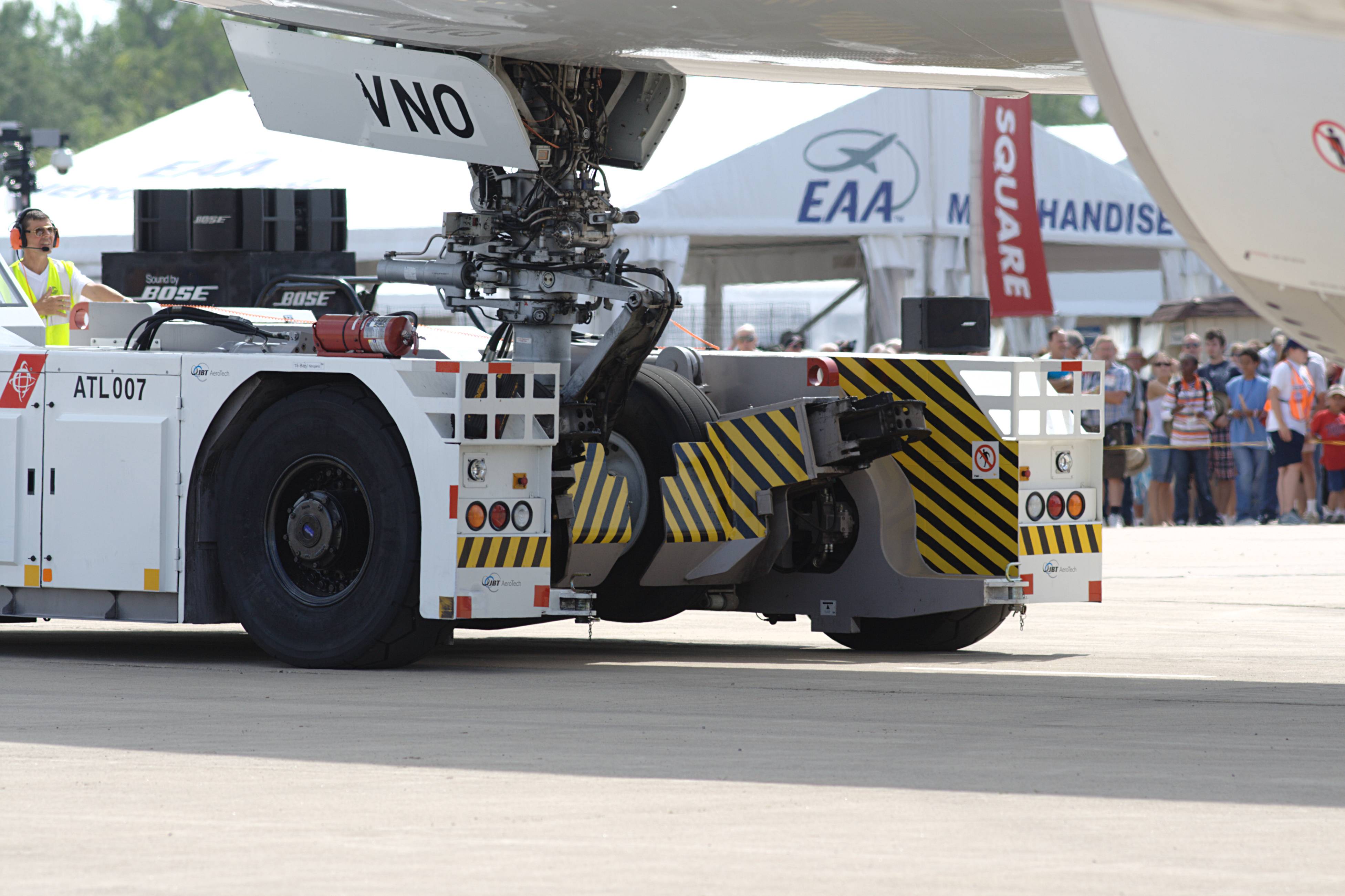 During take-off roll, the aircraft tyres move due to the thrust generated by the engines (or propellers for that matter). They don't have any engines (motors) fitted inside them to help in movement. In case the engine is not producing thrust, the aircraft are towed using a tug.

14
What are the advantages and disadvantages of having landing gear doors?
4
How are forces on the landing gear reduced or compensated for at touchdown?
38
Why don't modern aircraft have landing gear that can swivel to compensate for crosswinds?
15
How are skis stowed on retractable gear aircraft?
8
Does the 747-8 / A380 nose-wheel encounter more weight during braking?
3
Are nose wheel tyres designed differently from the main wheel tyres?
5
Why don’t aircraft use run-flat tyres?
28
Why did the space shuttle use bias-ply tyres instead of radials?
11
What causes a Cessna 172 and its gear to shake violently after landing and braking?