Knots vs MPH, is there some standard for when to use which unit?

In looking at all the sources of aviation data, including POH's, instrument dials, instructional materials, FAA publications, METAR's, flying magazine stories, YouTube videos, etc., I see no standard usage of either knots (nautical miles per hour), or mph (statute miles per hour). It seems many people use them not interchangeably, but mix them up seemingly randomly.

Is there any kind of agreed upon standard about when to use which system of units? It's easy enough to convert one to the other (well actually a lot easier to convert knots to mph), but it seems this is just a latent trap for mistakes in navigating and, more importantly, in airspeed errors.

The standard unit of distance for navigation is the nautical mile (NM). The NM can be defined as either 6,076 feet or 1 minute of latitude

It goes on to talk about speed

Closely related to the concept of distance is speed, which determines the rate of change of position. Speed is usually expressed in miles per hour (mph), this being either SM per hour or NM per hour. If the measure of distance is NM, it is customary to speak of speed in terms of knots. Thus, a speed of 200 knots and a speed of 200 NM per hour are the same thing. It is incorrect to say 200 knots per hour unless referring to acceleration.

It seems it comes down to what you measure distance in, then simply report the appropriate speed units.

Most pilots will calculate (and talk in units) based on the instrumentation in their plane. Some airspeed indicators contain both knots and MPH however its not uncommon for them to contain only a single unit (generally older GA planes is where I have seen MPH instruments). POH's will generally contain what ever unit the air speed indicators in the original build of the plane contained (some POHs will contain both units). Just to show some examples, Mooney reported speeds in MPH in their older POH's while say a Piper from that era shows Kts in its POH. For example this indicator contains both units. 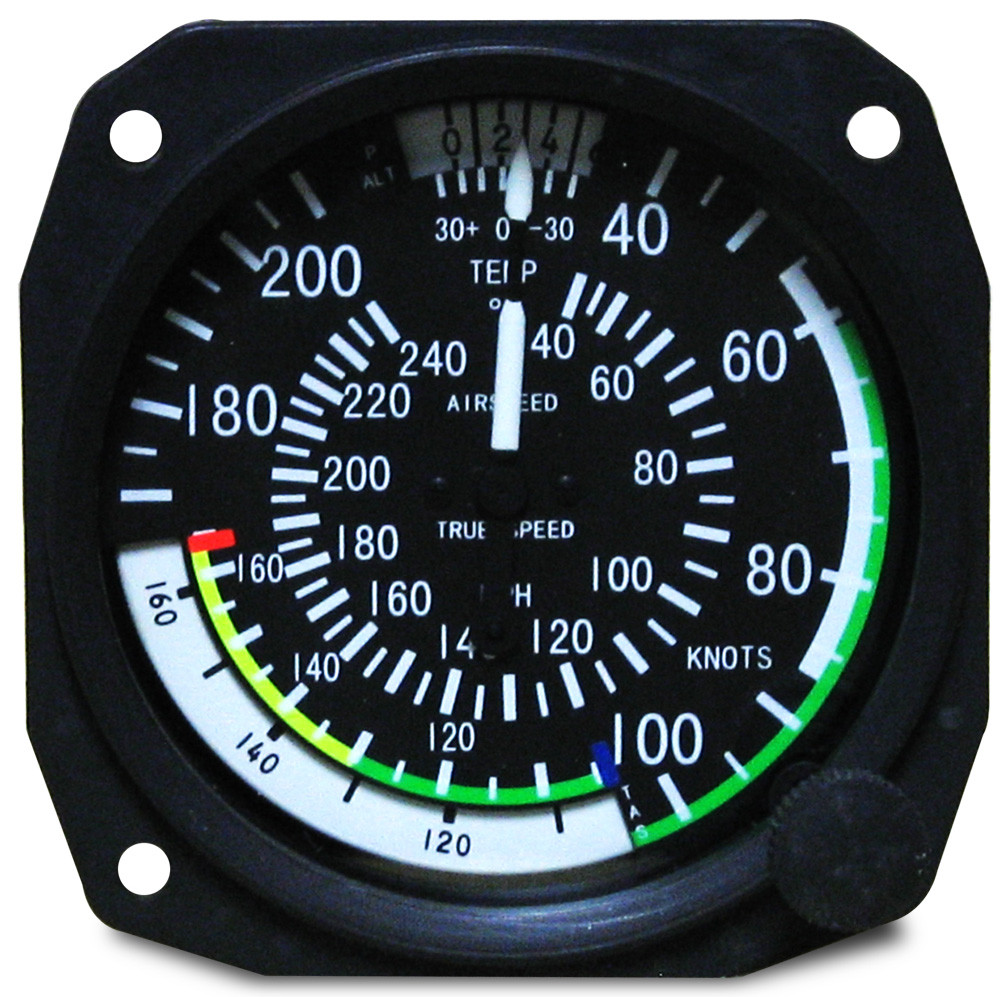 In the end of the day its most important that the units are not mixed up and or used interchangeably.

As for the errors in airspeeds this is one of the reasons that air speed indicators have color queues to indicate things like stall range, flap extend range and smooth air operating range. This way if a pilot does accidentally confuse units there are other things to rely on. (Side note there are some important speeds that do NOT appear on airspeed indicators that should always be noted).

-Edit- To answer the comments below.

I report distance in NM since thats what foreflight uses on its ruler function as well as its ring function (at least the way I have it set up). Most plotters I have seen are in NM so even if I had a paper map I would be reporting NM as well.

Im not sure the FAA has official declared that Knots are the only acceptable unit. MPH airspeed indicators are still considered air worthy so they must at least accept it on that level. There have been pushes to standardize instrumentation after the issues caused by the eastern vs. western attitude indicators but with the advent of glass cockpits most of these things can now be configurable in software and changed by a simple setting. The FAR's (such as 91.117) report speed in both KTS and MPH and that is the letter of the law from the FAA.

Knots, or nautical miles per hour have long been the standard units of velocity for both nautical and aeronautical navigation. Despite the SI adoption of the meter as a standard unit of length, nautical miles have been very popular with cartographers and thus made their way into use for navigation of ships and planes.

As other answers have noted, the nautical mile is equal to one minute of latitude. This has an advantage when navigating using a chart that spans a large latitude range.

Such a chart cannot have a constant scale across the entire latitude range of the chart. But it will typically have longitude and latitude lines marked, and you can use a ruler to read off the length on the chart of a degree of latitude close to where you will be flying. This is obviously more significant when navigating over a long distance.

Given this convenience of using nautical miles as a unit of length, the knot becomes a convenient unit of speed.