What should I expect for an unannounced GA visit for touch-n-gos at San Jose?

I understand that KSJC is a busy airport. I have done touch'n'gos at Oakland (also a busy Class C airport), but they have three dedicated runways for GA aircraft.

There is nothing about which runway is preferred for GA operations at SJC in the Airport Facility Directory notes.

What should I expect if planning an unannounced trip to SJC (arriving from the north/north-east)? Are touch-n-goes tolerated (i.e. staying in the pattern)? Which runway should I expect to be directed to? Is there anything else I should know?

I'm looking for local knowledge from someone with experience flying in the area, for example "GA operations are usually conducted on 30L, as the air carrier terminal is on the the other runway, and transient parking is adjacent to this runway" [I'm not sure this is the case, this is just an example of the type of information I'm looking for].

I have flown several times to SJC for touch and goes. I have always been on the weekends, and probably in the afternoons. It is a lot of fun, especially because the runways are so long for a small plane. I think I’ve been three times, and each time they have accommodated me on 30L. The wind is almost always favoring the 30 runways, and I don’t remember ever being cleared for 30R.

They will occasionally make you circle briefly before entering the C. They will also sometimes make you extend for a pretty long pattern to the SE if they have a big fella cleared for 30R. All the big commercial jets seem to be sent to 30R, and it is small GA jets that use 30L.

I have only done touch and goes, as I wanted to get out of the way quickly. But I get the impression that the tower is happy to accommodate as long as they’re not too busy. My instructor told me that they sometimes will say ‘no’ if they are busy, especially during the morning push, but I have no experience of that.

Have fun! There’s a beautiful 787 that is often at the terminal, keep an eye out for it!

KSJC is a towered airport so you are at the discretion of the controller as to what runway you will be instructed to use as well as if touch and go's will be permitted at the time. This may be load dependent when you arrive. I would expect either runway and it all depends who is about to depart when you arrive. 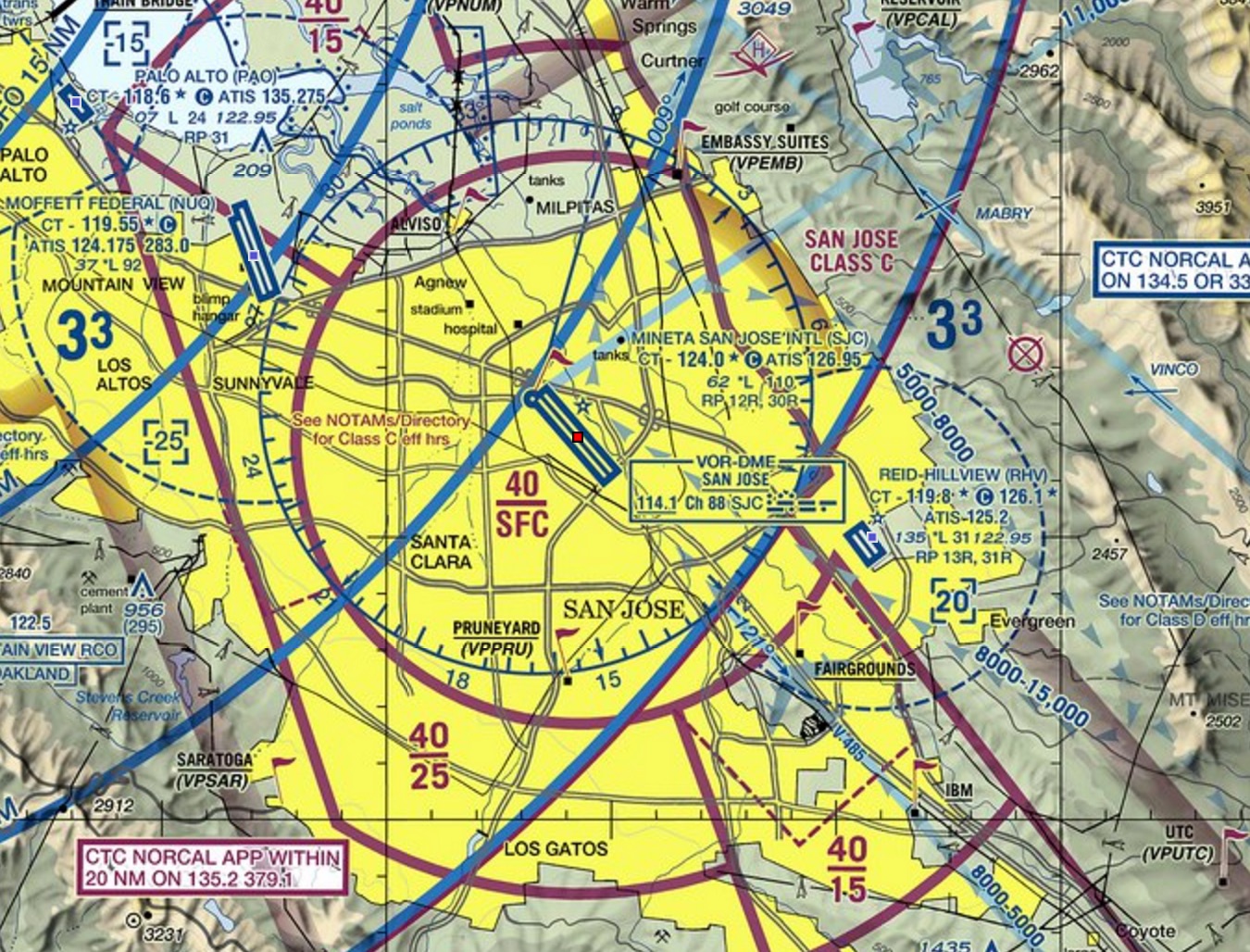 While a typical pattern is the norm at a towered field it should be noted the controller may extend a leg or two to make room for other traffic. It should also be noted that according to the AFD 30R and and 12R have Right Traffic while the other runways will have left traffic so you should be alert of the pattern you are flying depending on the runway you are inbound for.

Since this airport is with in class C airspace (from the surface) you will also need to contact the appropriate controller to enter the airspace.

You should always get a flight brief before heading out to ensure that there are no active Notams or information you may need about the airport.

I did two touch'n'goes there on the weekend. Beforehand, I reviewed the airspace on the way in, and also called SJC tower, and spoke to a manager there, who advised that they'd usually try and accommodate at least one touch'n'go. I approached from the NE Bay (KCCR). Tower and approach want to make sure that approaching flights remain well clear of the busy Reid Hillview airport KRHV, which has a Class D top of 2000'.

I did a touch'n'go on 30L, then asked for another touch'n'go, which was granted. Advised of wake turbulance due to another takeoff on 30R (and relatively calm winds), I asked for an extended downwind, and was given instead a right 360, which I did. I also advised that I wished to depart back to KCCR, and was advised to fly heading 020 after take-off, which I did. This was to avoid the SDO Class B, and also to get me out of the way of a waiting jet behind me.

The controllers were helpful and friendly. Try it!

See the recorded route (which doesn't show the 360 well on the downwind). 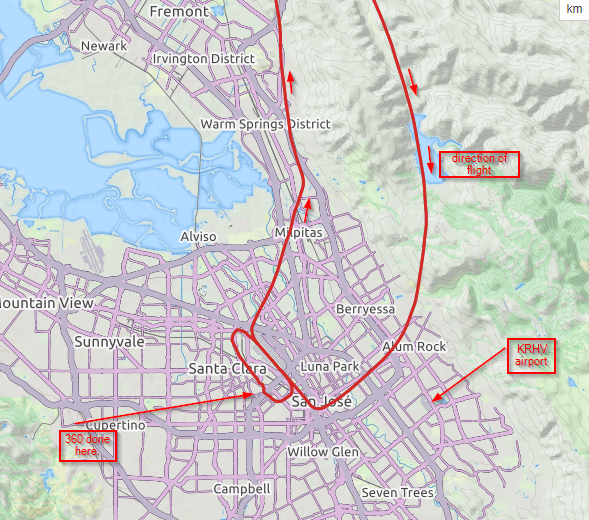 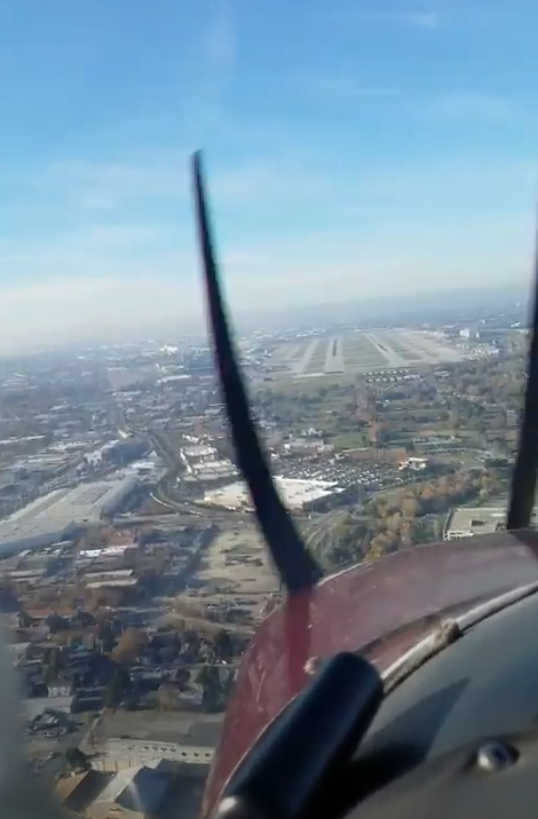 Not the answer you're looking for? Browse other questions tagged airport general-aviation usa or ask your own question.

5
What should I expect during a first class medical examination?
3
What is the easiest way for a new private pilot to visit Manhattan?
13
What is the correct traffic pattern at a towered airport?
4
What is the history of the "Superbay" at San Fransisco International?
2
How is the length of a leg calculated?
8
After a crash, for how long is the airport closed?
3
What is the Runway Design Code (RDC) for San Francisco airport (KSFO)?
8
Reasons for significantly lower than normal approach
13
What is the best procedure for landing at my destination if I have a full electrical failure at night?