How does the cabin pressure controller work in a large commercial airliner?

The cabin pressure controller controls the pressure in the cabin in relation with aircraft altitude, and a manual control is possible using the overhead panel: 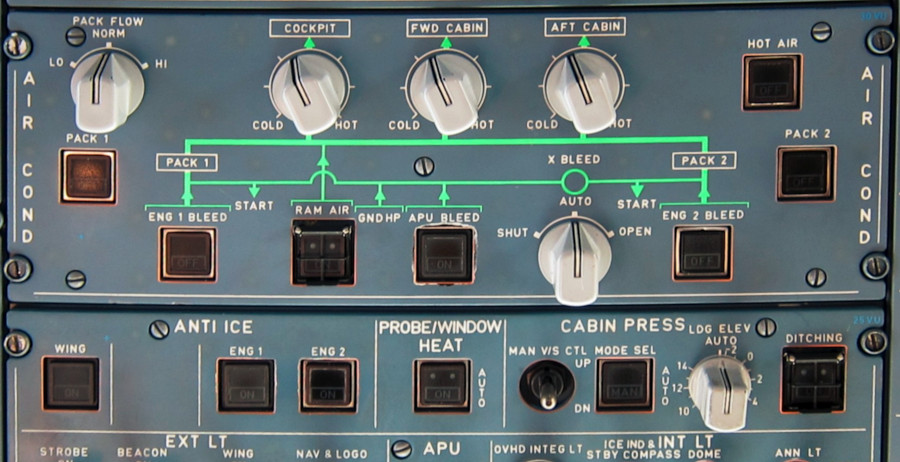 Air Conditioning and Cabin Pressure panels on an Airbus A320 (source: Olivier Cleynen on Wikimedia) 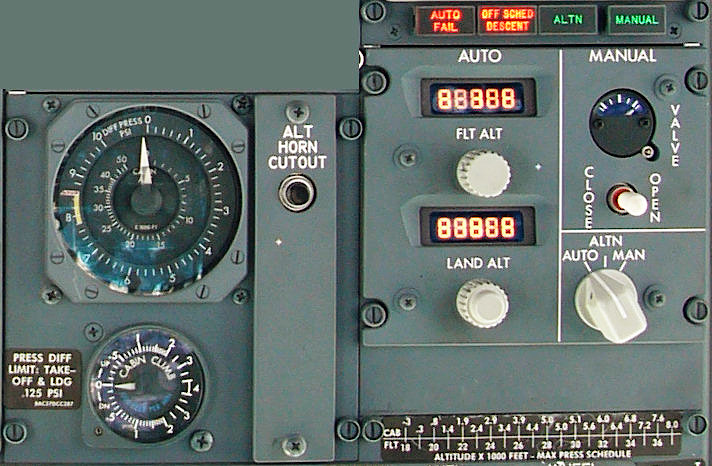 Overall how do the controller and the related equipment work in a commercial airliner, e.g:

The System you are referring to is described in ATA chapter 21. I will report here an example for A320

An overview of the system is reported below (from the ATA21 report): 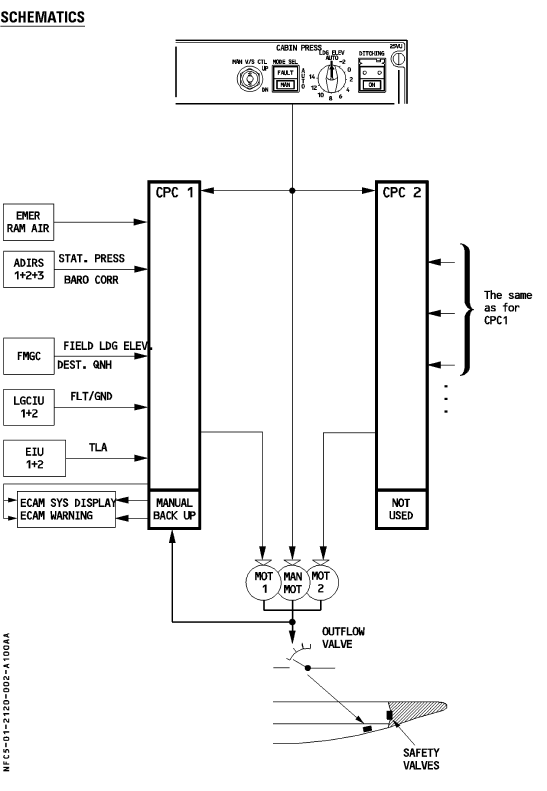 What is the source of pressure reference?

In flight the outside pressure signal can be come from either:

How the different valves (outflow, relief) and the packs are related to the CPC? 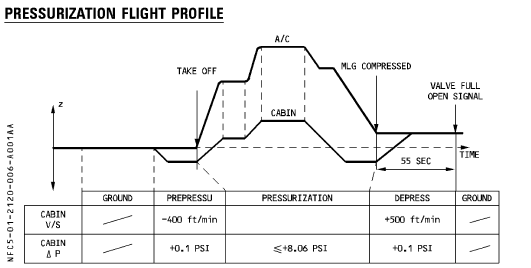 When and how is used the manual control of the pressure?

Manual control of the pressure is used when both the CBC controllers fail or when the crew uses the cabin press control panel, that you showed. In case of aircraft ditching the inlets are closed as well with a ditching button (first image, right in the CABIN PRESS panel)

Not the answer you're looking for? Browse other questions tagged aircraft-design cabin-pressure or ask your own question.

2
Which are the advantages of low pressure levels during flight? (i.e during cruise flight in a commercial aircraft)
2
What is this square hole for?
1
How does cabin pressure vary with respect to ambient pressure during descent?