Why does the DC-10's horizontal stabilizer have such a pronounced dihedral?

This question is not just about the DC-10, because there are also other planes that are not trijets and have this feature, I just used the DC-10 as an example

Image excerpted from original, by Julien.scavini, used under CC BY-SA 3.0

In a general sense, there are multiple reasons for the horizontal stabilizer to have dihedral/anhedral.

Cessna engineers say the dihedral improves Dutch roll qualities and moves a major portion of the tail out of the prop wash, thus providing a smoother ride.

The Dassault Falcon 50 had anhedral so as to clear the tail from the wing's downwash. Another good example of this is the F-4 Phantom. The prototypes had a straight tail. However, the anhedral tail was adopted so as to keep it clear of the disturbed air from the wing at high angles of attack while at the same time keeping it out of engine exhaust.

The anhedral in BAE Hawk is explained by the same reason. From The Hawk Story:

This model gave the first indications of high speed problems due to interference between the high intake and the low wing, and the position of the tail.

This resulted in the adoption of a low intake, ... .The rear fuselage was cambered downwards to bring the tail down, and the tailplane was given pronounced anhedral for the same purpose.

The overall lateral stability is usually dominated by the inherent lateral stability designed into the wing. Wing sweep, dihedral angle and (wing) location on the fuselage dominate the magnitude and the sign of the stability derivative. Since the wing is designed by performance and operational considerations, the empennage is often used to fine tune the lateral stability of the aircraft. Examples include the F-4 and the AV-8B.

It should be noted that, as with any other design consideration, the dihedral of the horizontal stabilizer depends on the design choices made and perfomance characteristics required; as a result, the configuration required will change from aircraft to aircraft.

In case of DC-10, the main reason appears to be to keep the stabiliser out of the wing influence, especially when high flap settings are used. The more pronounced dihedral (compared to, say Boeing 737) appears to be used as the stabilizer is mounted lower due to the presence of engine in the tail.

Most airliners with low horizontal tail surfaces have dihedral on them, for two reasons: 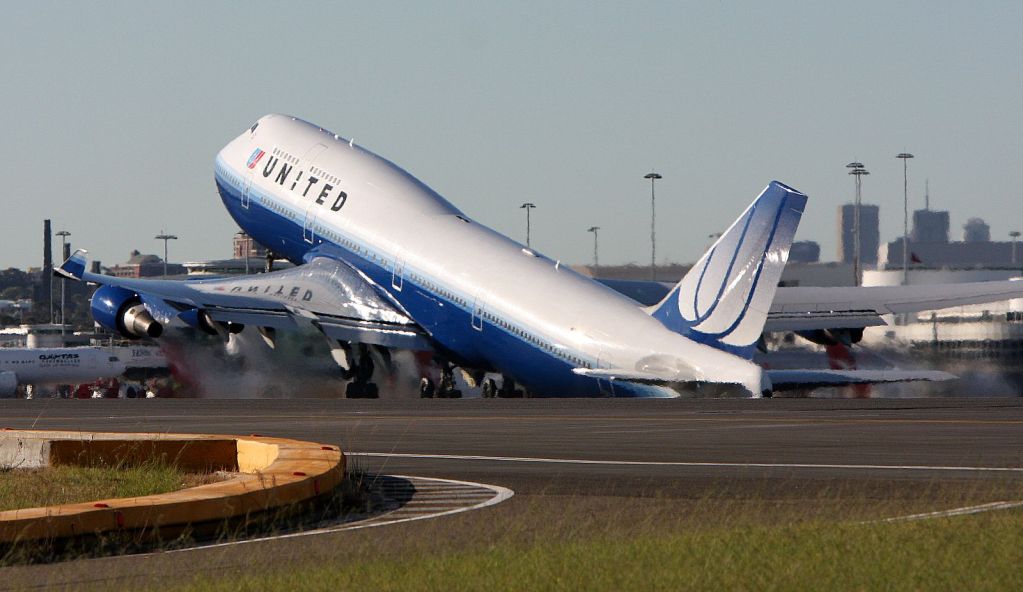 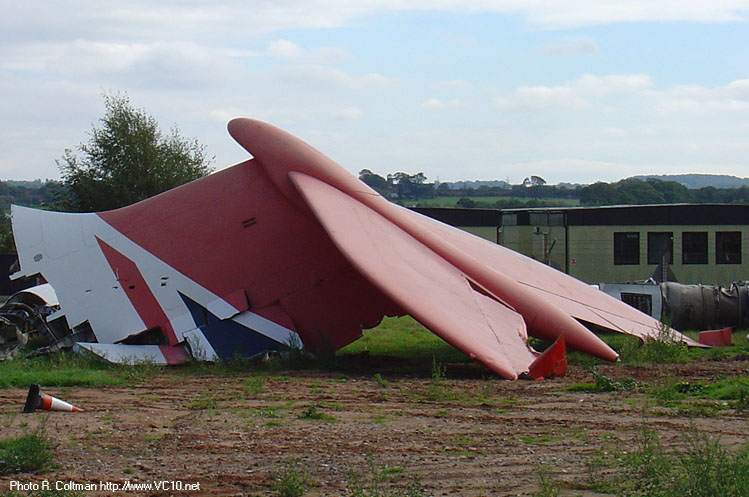 Given enough angle of attack, a swept, un-dihedraled tail surface will touch the ground with the tips first (picture source)

In a T-tail, both reasons don't exist, so T-tails are straight in most cases. A notable exception would be the Handley-Page Victor, where a noticeable dihedral was added late in the design process to increase the projected side area of the tail section. Thanks to @ymb1 for finding this article which includes a detailed description of the Victor.

Vertical area is always too small initially, just witness the tail growth in the BAC Lightning. Interestingly enough, the article says that the vertical on the Victor was shortened after flight test. This is an extremely rare occurrence. 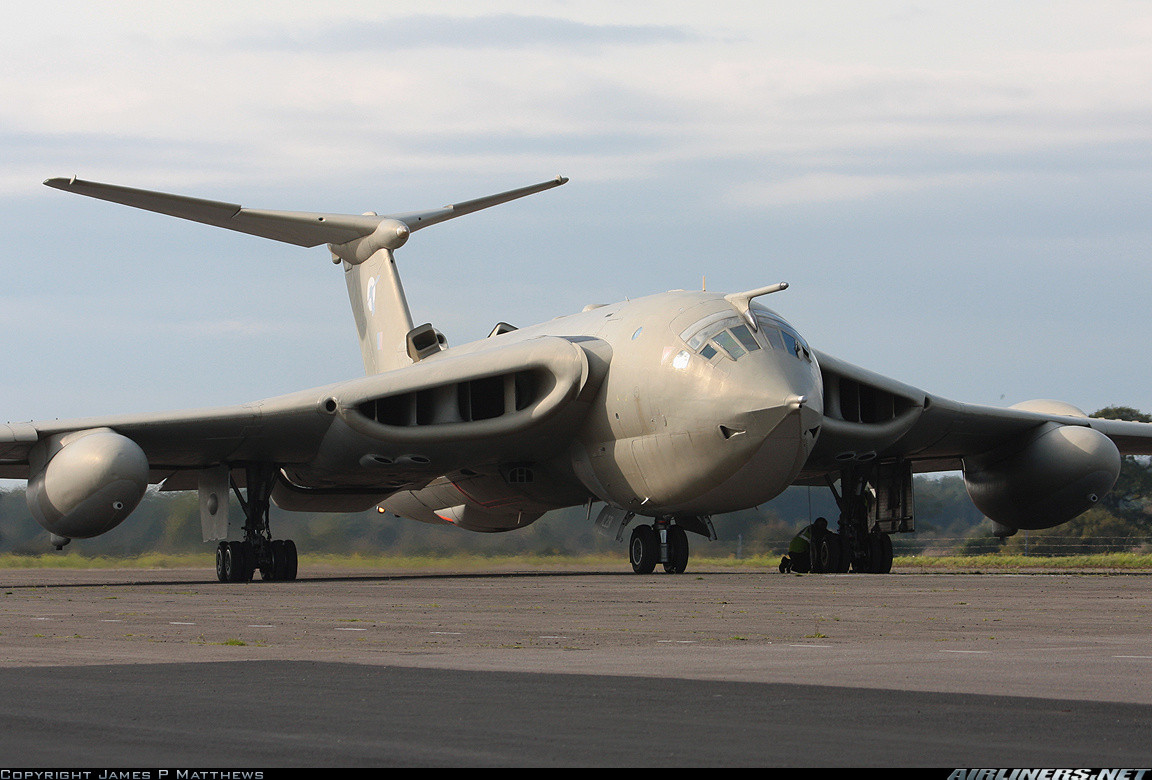 The horizontal tail has pronounced dihedral in almost all low tailplane placements. Two major factors are:

Note that a stabilising roll moment from tail plane dihedral would have to be transferred through the fuselage: the torque difference between main wing and tail wants to twist the fuselage like a wet rag. Not super consequential for structural loads, but the yield may cause difficulties with the flight control cable run. Wide body aircraft are least affected by this.

Not the answer you're looking for? Browse other questions tagged aircraft-design aerodynamics horizontal-stabilizer dc-10 or ask your own question.

14
How do manufacturers engineer their aircraft to deal with tail strikes?
8
What "designs" the dihedral angle in modern airliners?
7
What is the aerodynamic reason that the An-225's vertical stabilizers are not simply vertical?
2
Could wing tilting be a mechanism for VTOL and high angle of attack for jetliners?
5
Why the Antonov AN-225 has negative dihedral wings combined with a positive dihedral horizontal stabilizer?
4
Why does the Comet's horizontal stabilizer have so much dihedral?
2
Why does the effective alpha/CL increase at wingtip of swept wing?