SR-72 — is the speed reported in this story wrong?

Lockheed Martin says it is close to developing a military plane that flies at Mach 6 - six times the speed of sound, which travels at around 762mph (1,236km per hour).

Am I missing something, or is that a misprint?

is the speed reported in this story wrong?

From the horses' mouth:

Envisioned as an unmanned aircraft, the SR-72 would fly at speeds up to Mach 6, or six times the speed of sound. At this speed, the aircraft would be so fast, an adversary would have no time to react or hide. 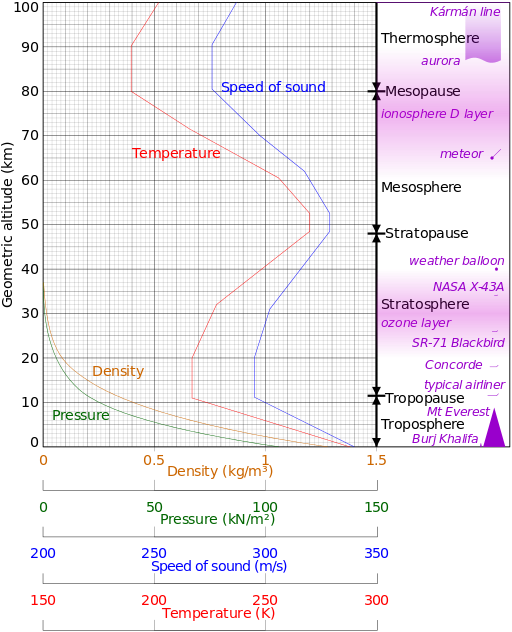 While I'd in general remain sceptical of anything that Sky News talks about the numbers do seem realistic. Aviation Week (amongst others) have mentioned similar speeds and they're not beyond the realm of likelihood. Hypersonic test vehicles have already reached above Mach 5 and many of the designs are capable of the speeds talked about in the article. It's also worth noting that the SR-72 wouldn't enter service for another 15 years.

It's impossible to say for definite, though, as we're discussing something that is: a) In the design stage and b) Very secretive.

Not the answer you're looking for? Browse other questions tagged military airspeed sr-72 or ask your own question.

4
How does altitude affect the speed of sound?

3
What's the minimum cruise speed of modern airliners?
20
What is the reference used when measuring flight speed?
3
What's the speed callout by the PNF on airliners for?
9
How to calculate the real Ground Speed from True Air Speed?
0
Is there a speed needed to achieve flight?
10
What is the true top speed of the SR-71?
0
Why is the normal operating airspeed so much lower than the cruise speed in this table?
4
Why use Mach number for describing the speed of aircraft?
4
How can the cruise speed be larger than Vne?