Why does this Garmin GMA340 have an Airway/Inner marker indicator?

I looked at the GMA 340 Manual and could not find an answer although it does say Airway/Inner Marker.

Why would it say Airway if this is what the A indeed stands for and why even have an inner marker because that Garmin can't do a Category II approach?

The "A" is not an inner marker. The A is an airway marker. Airway markers were part of a now-obsolete system of "red" airways. They were placed along the enroute path and they could be picked up at cruise altitudes. The red airway system was mostly abandoned in the 60's and few "A" markers are still operational. Here's a map showing where they were located. They weren't at aerodromes. 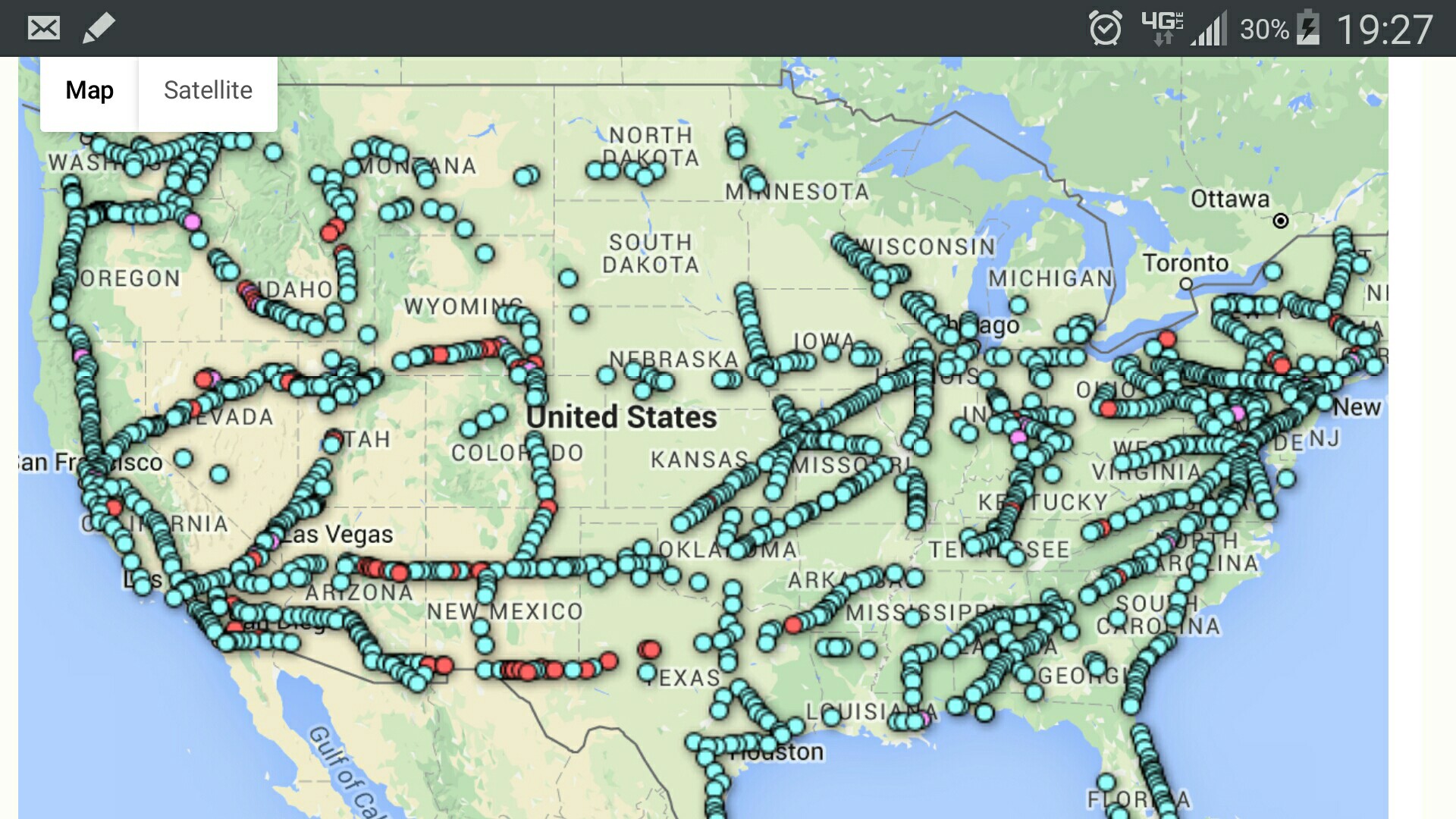 You have mentioned that outer marker is designated as B which is not. It is 'O'. Now the question is if O is outer marker and M is middle marker then what is indicated by A? A serves two purpose, Inner/ Airway marker. So A does not indicate only Airway marker. The airway marker was used to indicate reporting points along the center line of now obsolete "Red" airways which Tom McW mentioned.

This was sometimes a "fan" marker, whose radiated pattern was elongated at right angles across the airway course so an aircraft slightly off course would still receive it. Please do not confuse about fan marker, The term fan marker refers to the older type of beacons used mostly for en-route navigation. Most of these are obsolete now a days. There are uses of marker beacon on the instrument approaches mainly.

Not the answer you're looking for? Browse other questions tagged navigation ils ifr-navigation or ask your own question.

8
What is a red airway on the VFR sectional?
4
What are en-route VHF marker beacons (75 MHz)?

12
What is the correct name for this ILS Indicator?
3
Why was brown chosen to represent the ground side of an attitude indicator?
6
Why isn't the course fixed along an airway?
14
Why publish an unusable airway?
7
Why does this chart seem to show airports with magnetic variation up to 90 degrees?
2
How does an API (air position indicator) work?
4
Why do TACANs not have a symbol for compulsory reporting on IFR Enroute Low Altitude charts?
0
Why is the ILS16 approach at KSKF not available in my Garmin 430W?
0
Why don't the magnetic compass and direction indicator spin the same direction?