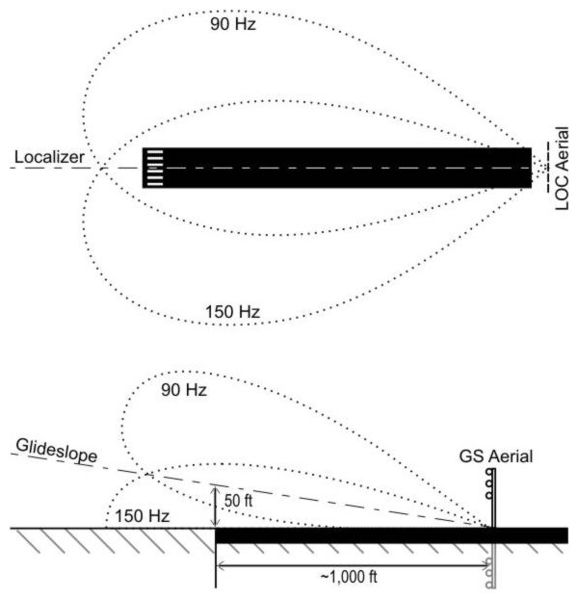 navigation ils navaids
Share
Improve this question
edited May 6 '16 at 1:09

The equipment for transmitting the signals is pretty well described in your question. The localizer antenna broadcasts two lobes down the length of the runway for a few miles (typically 18 nm, but some airports like LAX have a much longer serviceable distance). The glideslope antenna sits around the 1000 ft touchdown zone markers on the runway, offset a little bit from the runway. It broadcasts a its own two lobes centered around a 3 degree slope (this can vary by installation). The glideslope is generally usable about 10 nm from the runway, but is generally not used that far out.

The equipment in the plane responsible for using this signal comes in a few parts, an antenna, a radio and a navigation instrument.

The data from the radio is then sent to whatever instrument you are displaying the data on.

The most primitive instrument is the VOR head with glideslope-type of needled navigation instrument. 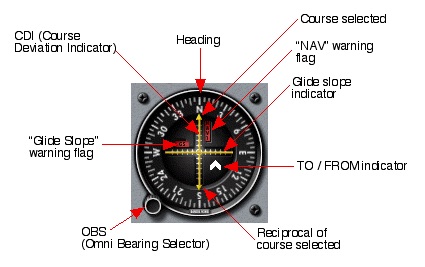 A step up from that is an HSI, which is a bit more intuitive to fly and has better facilities for handling localizer back courses. 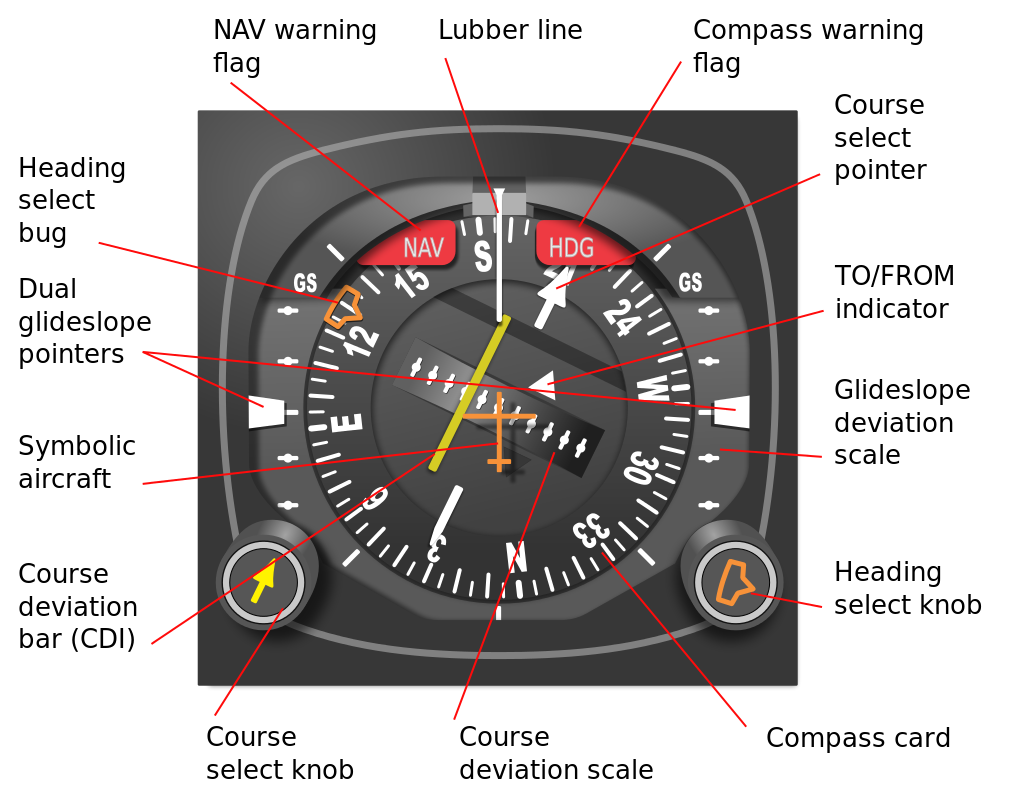 On the top end you have electronic primary flight displays that display data on a CRT or LCD screen. 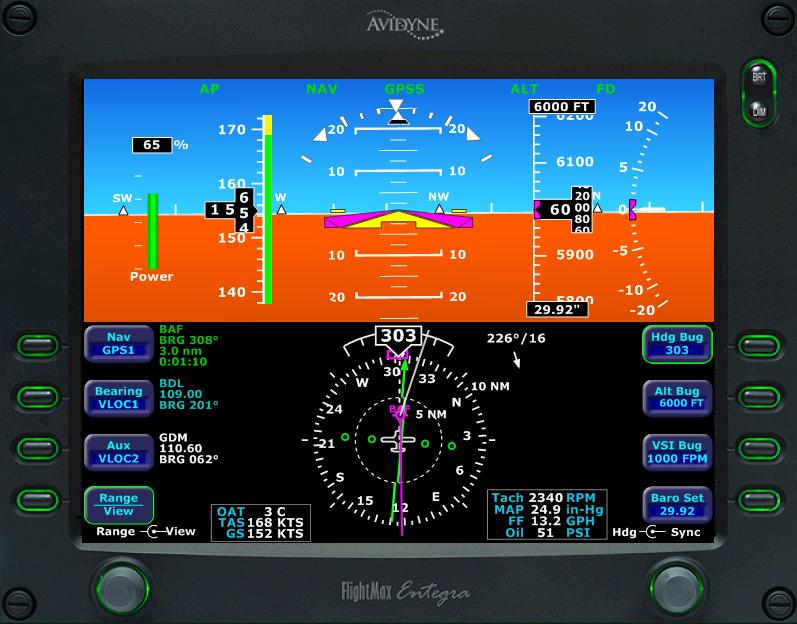 The basis of all of these are following two needles that are shown to the pilot. One moves side to side and tracks the localizer, and the other moves up and down and tracks the glideslope. If both of these are centered you are in the middle of both beams and on course. The position of the needle is determined by which lobe of the transmitter is being received stronger than the other. When both lobes are received equally the needle will be centered.

The ILS is usable for at least 10 miles from the antennae. At many airports you will track the localizer portion of the signal much further out than this. You will stop using the ILS normally at 200 ft above the ground, although there are special ILS approaches with lower minimum altitudes that require special equipment and training. The majority of ILS approaches however, require the pilot to observe certain visual cues before descending below 200 ft AGL.

To add a little more detail on the receiver side and how it's used;

The localiser and glideslope signals are transmitted on different frequencies (the "carrier" frequency) and these are filtered out to leave a mix of 90Hz and 150Hz for each one. The 90 and 150 are then filtered out separately.

If you have more 90Hz than 150Hz, you are too far left on the localiser or, too high on the glideslope. The guidance indicator is just a display of the ratio between 90Hz and 150Hz. A 50% ratio means just right!

On your question of "for how long?", a common procedure (it might be different for a particular field or approach) is to fly towards the centre line of the localiser and below the glideslope at an angle of about 30 degrees to intercept the localiser at about 10 miles out.

ATC will vector the aircraft to this point (e.g. Speedbird 93, descend and maintain 1500 feet, turn left heading 300 degrees. Cleared ILS approach 27L report established). The autopilot is usually in approach mode meaning that it will capture the localiser, and in turn the glideslope, and follow the ILS down.

When the localiser is captured, the autopilot will turn the aircraft onto the centre line and the pilot reports established back to ATC.

Finally, most procedures call for a stabilised approach (correctly configured, following the ILS, speed correct, check lists complete, no large deviations in course, height or power settings) by 1000' or go around. Many pilots, depending on their airlines procedures and conditions, will disconnect the autopilot for the last 1000 feet, sometimes to give practice to the first officer. Some aircraft are cleared all the way down (autoland) but that will also depend on company operations, crew currency and local procedures.

[EDIT] I deliberately left out the harmonics. I figured I only had one page ;)

Not the answer you're looking for? Browse other questions tagged navigation ils navaids or ask your own question.

27
Why do airports have to close in bad weather?
13
How is varying modulation depth achieved by localizer ground transmitters?
7
Why do pilots need the ceiling, time, and dew point in the ATIS?
11
Is it possible for more than one airplane intercept the ILS at the same time?
11
Is there a reason to be worried about go-arounds as a passenger?
8
Can helicopters land in a poor visibility scenario?
5
Does a Tower controller need to see an aircraft on final to give landing clearance?
7
How does auto landing work?
1
Out of sight planes during final approach

21
How precise is an ILS (Instrument landing system)?
57
Instrument landing: why do all electronic devices need to be shut off?
8
Is it true an ILS CAT IIIc can automatically taxi-in an aircraft?
4
What is a localiser back-course approach and how does it work?
3
Why is there no instrument taxi system for low-visibility operations?
3
How to calculate DDM in a ILS dual frequency system?
8
How do preceding aircraft affect the ILS signals?
4
How to choose the right ILS when the runway has more than one?