How long does it take to refuel a big jumbo jet?

How long does it take to refuel a big jumbo jet? What about a smaller A320?

This figure from the 737 Airport Planning document gives 9 minutes for the fueling time for a Boeing 737-600: 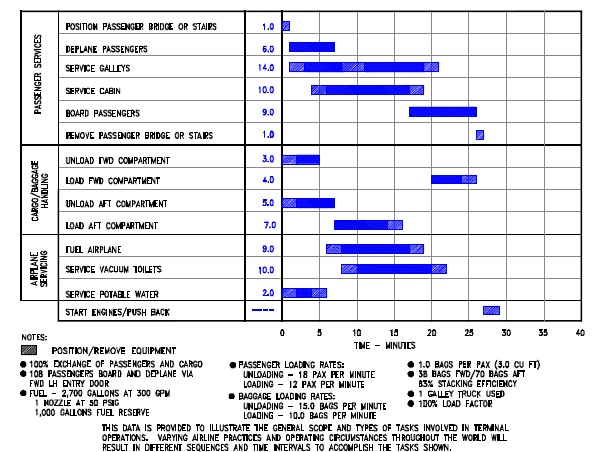 Image from B737 Airplane characteristics for Airport Planning

The following image shows the time taken for refueling a Boeing 747-8 Jumbo to be 44 minutes: 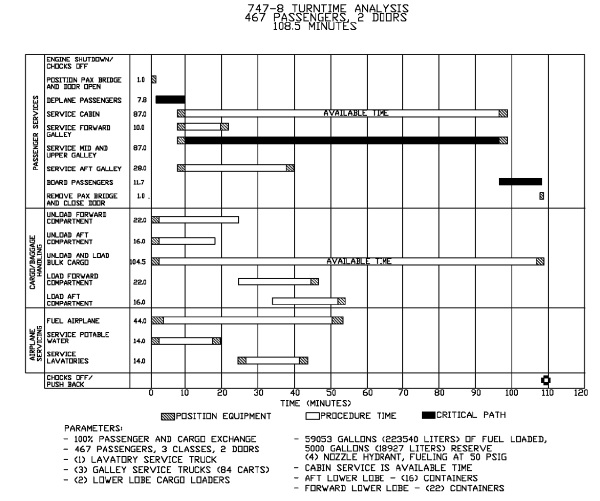 Image from B747-8 Airplane Characteristics for Airport Planning

It depends on how many equipment are being used to refuel and how much fuel an aircraft needs. But in general there are some ratings which manufacturers issue for handling and ground time.

For example, a B747-8 has (according to 747-8 Airplane Characteristics for Airport Planning):

Therefore, in theory it's possible to refuel an empty B747-8 to its maximum usable fuel capacity in 15 min with all 8 nozzles. In normal refueling configuration two trucks (one truck each wing) being used which serves 4 pressure nozzle and takes 30 min to refuel 56,553 US gallons. So standard fueling time for this aircraft estimated about 50 min.

For A320-200 though these ratings are (according to Airbus A320 airplane characteristics for airport planning):

I worked for a long haul airline with 744s departing South East Asia to Europe.

The airplane usually required 120-140 metric tonnes of fuel for the trip back. There would usually be around 15-20 tonnes left from the previous sector and you would usually require around 30-40 minutes to fuel 100-120 tonnes. This is using two pumps, one on each wing.

The problem was if you needed to fuel up to max which was around 170 tonnes (depending on the fuel density), the last 10-20 tonnes took longer to fuel. This was rare though. Since we only had slightly more than an hours ground time we had to board while fueling was in progress. There is an SOP for this, basically a door had to be open at the rear and a set of steps positioned, we usually used door 5L. Also passengers were told not to fasten seat belts, crews were required to be at their stations and most importantly a firetruck had to be standing-by at the stand. We had to pay for the firetruck call-out but on-time departure was more important.

According to this article, it generally takes about 1-2 hours to fuel a large jumbo such as an A380. As for smaller jets, the second answer to the Yahoo! question says that Southwest Airlines claims to be able to turn a plane around in 20 minutes. Given that the Southwest fleet is made up entirely of 737s, a jet such as the 737 or A320 should take about 15-20 minutes to refuel.

Not the answer you're looking for? Browse other questions tagged airline-operations ground-operations refueling or ask your own question.

37
Why aren't planes loaded from both ends?
4
What is the minimum and maximum number of jet bridges used on an Airbus A380?
0
Is it economically profitable for airports use jetties that use all the airbus A380's 16 exits at the same time

35
How do airlines pay for their planes?
23
How is it safe for helicopters and Ospreys to refuel in mid-air?
16
What is pressure refuelling and how does it work?
11
How much time does an landing/take-off add to an otherwise direct flight?
12
How long does flight planning take / when is it done / how is it done?
9
How often is the exterior of airliners cleaned?
29
Where does Air Force One refuel?
2
How long does it take for an airline to establish a new international destination/route?
1
How long does it take to refuel a Cessna Citation X+?