Why are the 747-8 engines placed differently than on the older versions? 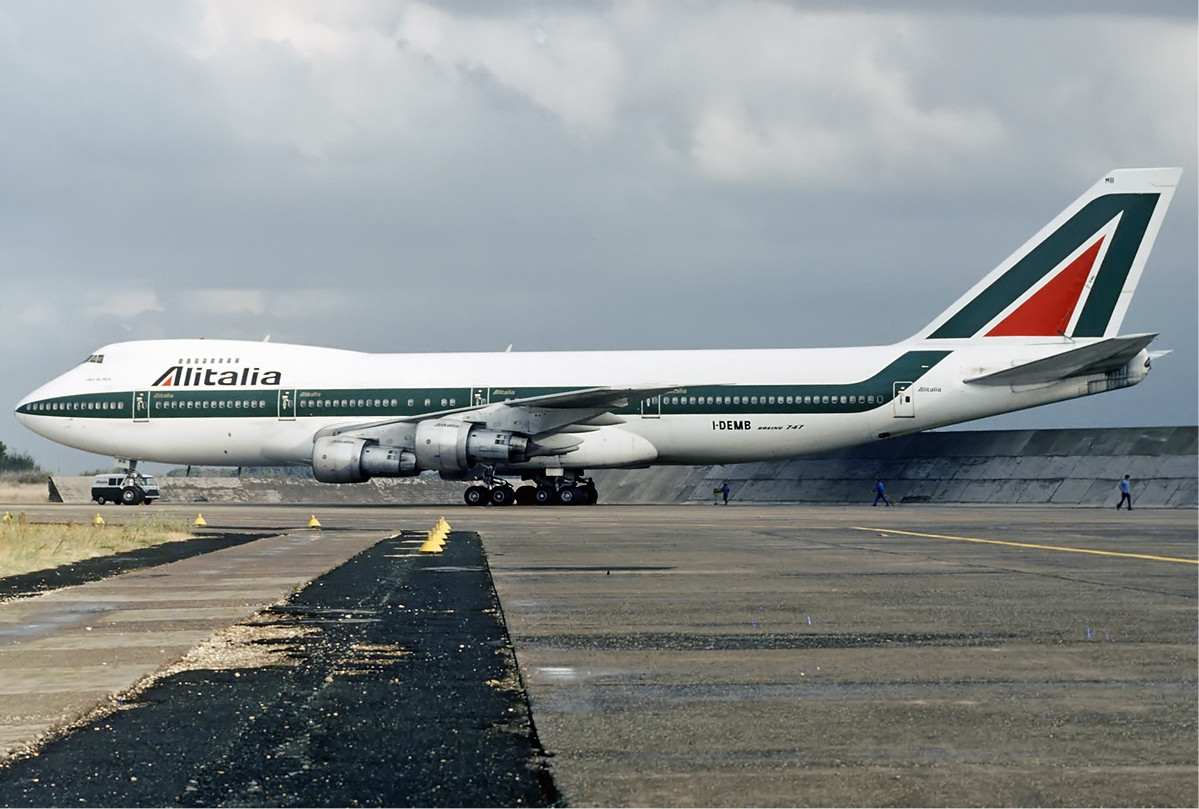 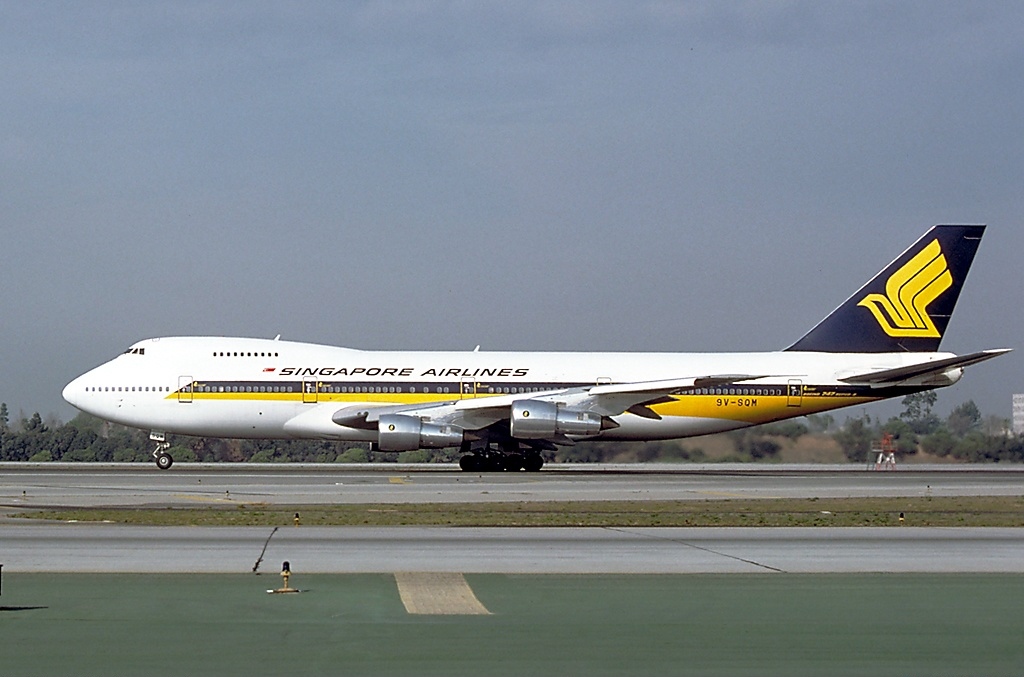 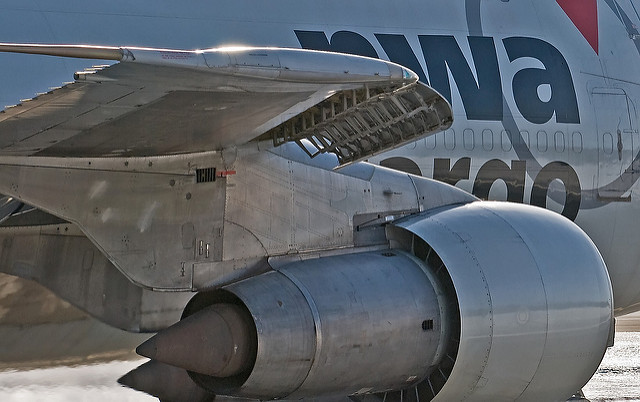 Does anybody know why the engines are not tilted up anymore?
Thanks!

On the 747-8 the engines are heavier and mounted farther ahead of the wing. This results in a torsion moment which reduces the incidence of the wing. As a result, even the unloaded wing will have a lower incidence than that of the older 747-200. 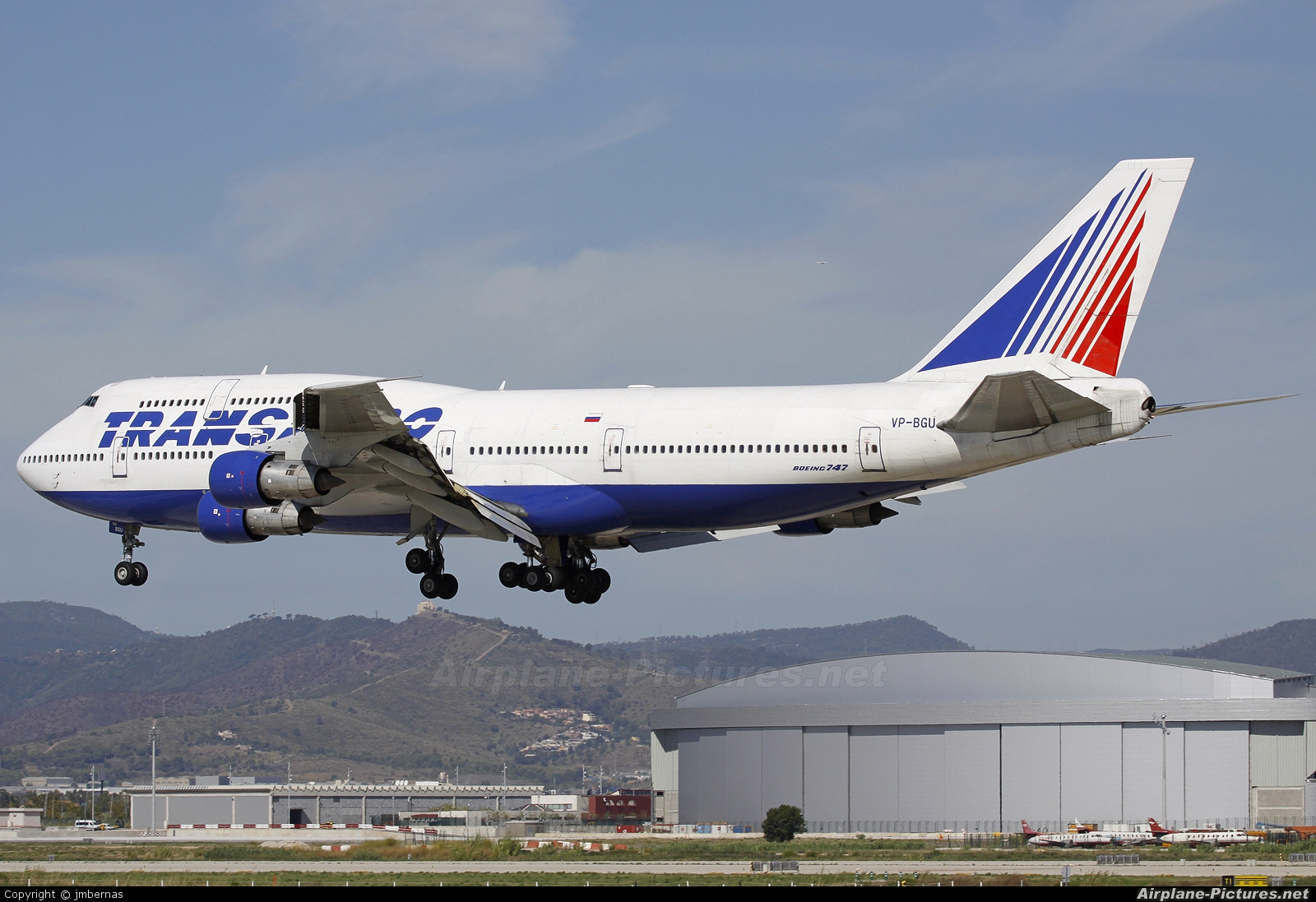 Boeing 747-346 of Transaero (picture source). Note that the engines are no longer tilted up (and consequently the wing tip is tilted leading edge down). The lift force twists the wing such that the incidence in flight is lower than when unloaded and on the ground, especially when the high-lift devices are extended.

Also please make sure to read @Lilibete's answer. I don't know who thought it appropriate to downvote it - it contains another reason for the change in inlet angles, namely the difference in avoidance strategies for foreign object damage.

There are also the considerations of FOD (foreign object debris) entering into the engine and the account for accessories off of the engine that are concealed by the cowlings. FOD is handled very different today (using bleed air screens) than when the -200 was designed when the angle on the engine's inlet was used. As far as the accessories that are concealed under the cowlings, they are also vastly different.

Other factors that make the appearance of the overall angle being different between the two versions are going to be side slips inlet designs and just the camera angles taking the pictures. The overall angles of the engine itself may not actually be that different.

11
Do jet engine exhausts usually glow orange?
43
Why is water-contaminated fuel bad, but water-injection is not?
16
Why were the 747SP's trailing-edge flaps so much different than those of the -100/-200?
4
Why does the European MALE RPAS UAV use twin engines?
3
Why are the boundary layer suction holes placed far forward from the engine?
35
Why don't modern jet engines use forced exhaust mixing?
17
Why do the 737-100's JT8Ds, and no others, have suck-in doors?
3
What would be the minimum number of engines required to climb in a 747?