Can I have two speeds on one motor? [closed]

I am designing an aircraft and it is my first that will use a combustion engine rather than electric, so I am curious, if I had a single engine in the fuselage and gear shafts to the wings that drove propellers, how would I achieve different speeds on the propellers? The 'plane' itself is more similar to a VTOL so the different speeds are needed. I would be fine with a solution that used smaller electric motors in it's mechanism.

Or maybe I'm approaching this in a terribly inefficient way and there's a much better method to what I'm trying to achieve, I just feel stuck after battling it for a few days.

The aircraft itself will look similar to this: 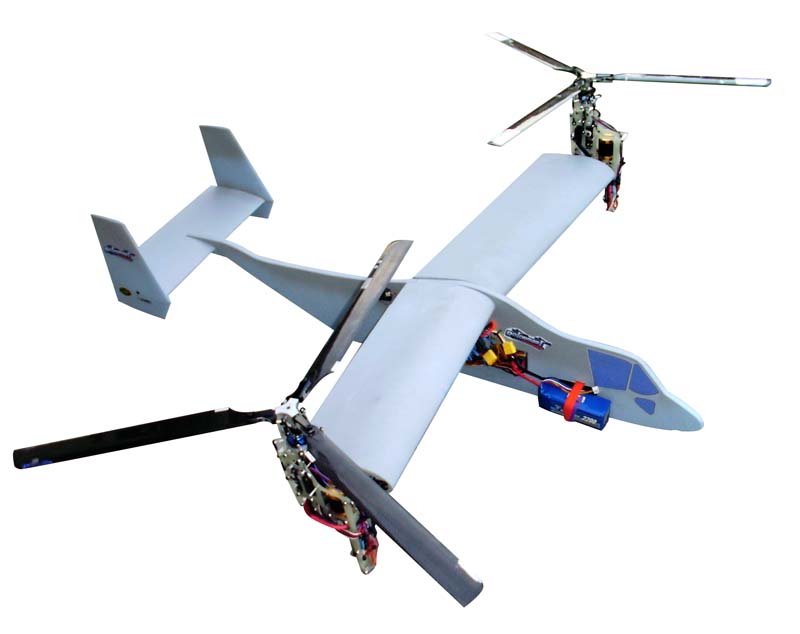 The short answer is you probably wouldn't do it this way: Designing a drive system which allows you to split the work force between two output shafts at an arbitrary ratio (effectively an active differential) is pretty complex, and failure-prone. The failure of the differential would be "problematic" (both rotors stop), and the failure of a single drive link would likely be catastrophic (one rotor stops in the VTOL configuration you have an extreme wing-over from the imbalanced thrust).

The generally preferred design for this type of aircraft has two full engines mounted on the wings (for example the V-22 Osprey).
Similar results can be achieved by vectoring thrust from a jet engine (as in the Harrier "Jump Jet"), which can be done with a single engine.

Not the answer you're looking for? Browse other questions tagged vtol or ask your own question.

12
Why do VTOL aircraft (F-35 or Harrier) have only one engine?
18
Can the V-22 autorotate?
3
Why does the V-22 Osprey have twin stabilizers?
9
Can a VTOL jet such as the Harrier enter a Vortex Ring State?
3
How does the V22 Osprey manage such high rotor speeds without shock waves?