What are the factors that limit how long an aircraft can stay aloft?

The most obvious one is fuel. Many modern military aircraft, however, are capable of refueling in mid-air. Crew fatigue, another obvious one, can also be addressed by rotating a crew out, and is a non-issue in unmanned aircraft.

The question therefore is, what factors would prevent an aircraft from staying in mid-air indefinitely? Are there any such factors that cannot be addressed, and would make it impossible to design an aircraft that could stay up indefinitely, or at least for an exceptionally long time?

Maintenance is probably the biggest issue. What types of maintenance is needed and the failures that not performing those steps will lead to depends on the design of the aircraft.

For example, on a piston engine used in a small aircraft:

The engine will need oil replaced at some point, and unless a system was created to cycle in new oil in-flight this is probably the first thing that will break down after crew and fuel (as you mentioned). Oil breaking down will lead to early failure of the engine.

Fuel and air filters will get clogged, leading to the engine shutting down.

Seriously. You're it.
For the sake of (absurdist) argument, let's say we build something akin to a U-2 out of ultra-strong, super-lightweight composites - let's make it a pure glider (it's close enough anyway, and now we have no engine or anything to get in the way and fail!), and we'll use only the best-traied factory capuchin monkeys to ensure a perfect assembly so all the parts do their job exactly per design.

We've got a million-plus-hour glider, and we just dropped a hapless victim volunteer pilot off at say 50,000 feet with a top-secret life support system that's going to give them heat, air, water, a nice steak dinner every night, and even take care of that odd human desire not to sit in our own waste products.

You could - in this theoretical wonderplane, ride air currents, thermals, storm updrafts (for the crazy), etc. and stay aloft pretty much indefinitely, but eventually our volunteer is going to get sick of steak, or start getting bed sores/blood clots/cramps from the seat, or just plain get sick of looking for that next updraft to keep the glider aloft.

If we make the whole thing remote controlled with a wind-turbine generator to power the controls we could swap out pilots and possibly keep it going for years, but it's not much of an "airplane" if there's nobody flying it -- just another drone.

Ultimately every other factor you can come up with is going to be subordinate to the endurance of the humans on board - as a lot of the GA pilots I hang out with are fond of pointing out many of us fly in aircraft easily have 4-5 hours of fuel endurance, but most of us only have a 2-3 hour bladder (and no magic steak-serving life support machine. Gotta buy me one of those for Christmas...).

Oddly enough, a malfunction of cabin heat (it was winter) was probably what brought to end the current endurance record holder, a Cessna 172, at 64 days, 22 hours, and 19 minutes (which by the way is a great story to read in itself)

The factors and solutions are

Maintenance is the biggest issue. Titan Aerospace offers UAV aircraft that can stay aloft for 5 years at a time. Basically it can stay in flight until it breaks like the NASA Helios did. Essentially the current thinking is to make it relatively cheap and unmanned while we figure out the average life expectancy of these things so we can bring them in for repair/decommissioning.

As voretaq7 notes, the pilots are the first limiting factor here. We can put a submarine crew underwater for 3 months at a time. Could we do the same on a plane? Maybe someday. The International Space Station is an example of what is possible as far as crew rotations. Of course, energy to fly in the atmosphere and external maintenance would pose some problems for an aircraft.

As far as maintenance is concerned, airliners go 500-800 hours between their low level A checks. However, they also undergo routine maintenance at each stop. Mechanical or electronic items that fail are replaced and minor checks are performed. Engines need oil, hydraulic systems need to be replenished.

These are all decisions made as part of the aircraft design process. By making systems more robust, by adding capacity for consumables such as engine oil, these intervals can be extended. Materials such as composites that are less susceptible to corrosion or fatigue can be used. Electric motors need much less maintenance than jet or piston engines, and electricity can come from solar panels.

It really just comes down to the design of a plane. Theoretically, an "indefinite" endurance is certainly possible. It would probably have to be unmanned, but with a robust structural and propulsion design, it could happen. However, everything will fail or wear out eventually, and without a crew or some system to replace components, that will be the limiting factor.

With aerial refueling, endurance increases. The B-2 has flown missions of at least 25 hours, with a crew of 2. Landing for a fuel stop (but without engine shutdown), the longest mission is 44 hours. The longest training mission ever was 50 hours. The pilots train extensively in order to be able to fly these missions.

The B-52 has a similar mission and has flown missions as long as 35 hours. Despite being a single seat aircraft, the F-117 has made flights of over 18 hours.

Also notable is the Rutan Voyager, first plane to fly nonstop around the world. The crew of 2 took 9 days to accomplish this.

The Solar Impulse plane is currently in development, and has made a flight of 26 hours with 1 pilot.

There was infact an experiment to keep aircraft up weeks at a time, using nuclear reactors for energy.

I've heard a few versions, but I believe that Americans never quite got it to work, but the Russians did (i heard sources say that most of their crews got irradiated to death in the process), while I've read other sources neither party got it to work, so I'm quite sure who to believe. In any case- virtually unlimited endurance and range. 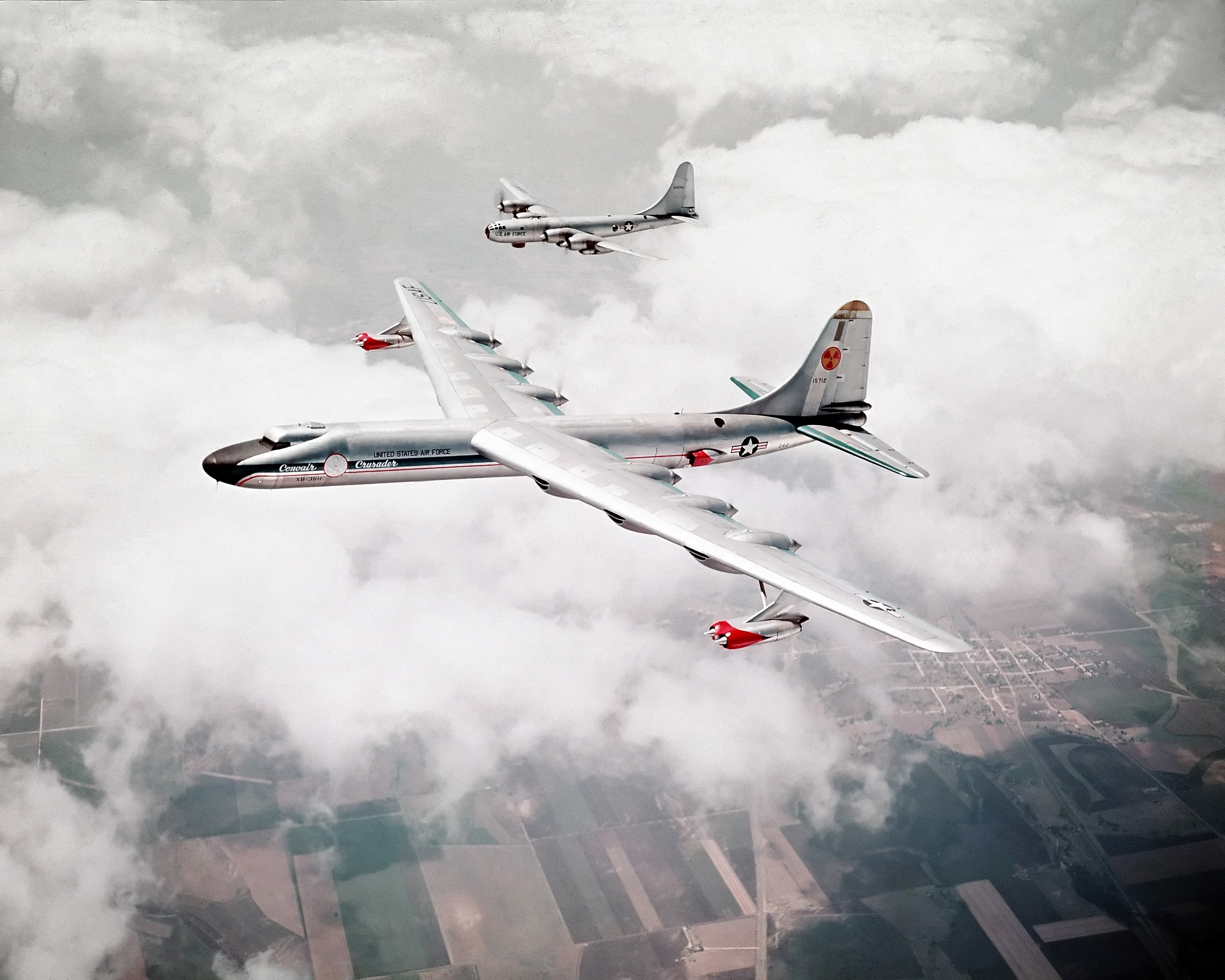 I guess that would have meant that had they succeeded they could have stayed up for as long as most submarines stay down (which I think is like three months) ... maybe something to try with pilotless drones, where I could imagine that it could stay for pretty longer, engine condition permitting :)

ps. I can't find any good sources on it, but I think that TU Delft was developing a drone for a 365-day mission duration with an environmental surveillance task.

Not the answer you're looking for? Browse other questions tagged aircraft-limitations aircraft-design or ask your own question.

12
What would prevent a solar powered aircraft staying aloft forever?
-5
Which is a longest flight in the world?

15
Is it legal to takeoff in a crosswind that exceeds the design limit of my aircraft?
24
What are the factors behind increasing aircraft window sizes?
4
How long can an F-16 stay supersonic?
6
What is the maximum crosswind limit for a C150/2 aircraft?
54
Why are fighter pilots seated and not reclined?
28
What is the smallest manned aircraft with four engines?
4
What are the main factors that make an aircraft have good STOL performance?
1
Why don't nonrigid airships have multiple gas cells?