When is an aircraft required to be pressurized?

(a) General. No person may operate a civil aircraft of U.S. registry--

(3) At cabin pressure altitude above 15,000 feet (MSL) unless each occupant of > the aircraft is provided with supplemental oxygen.

So by pressurizing the plane to under 15,000 ft you can fly over that altitude and not need to supply the passengers with supplemental oxygen for the duration of the flight. There are unpressurized piston planes that fly well into the flight levels but are required to carry supplemental oxygen and everyone aboard needs to use it, it's a look some people in general aviation don't mind, 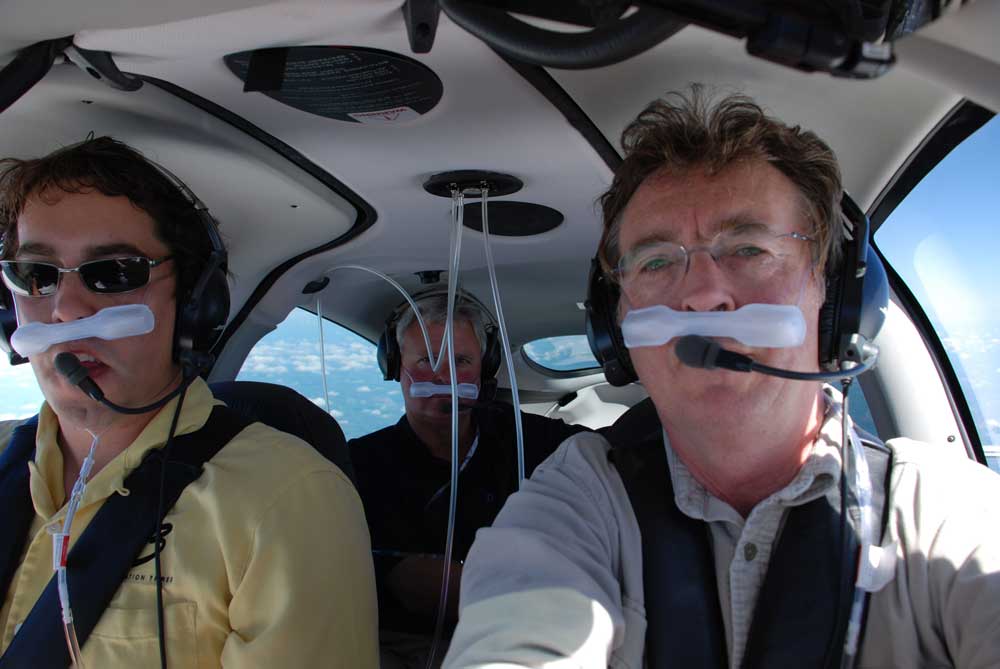 On a slight side note the engine does have an effect on this choice when it comes to light singles. Pressurization systems on turbo props/light jets pull their air from the compression stage of the turbine which is already compressing air so no extra compression hardware is needed. If you have chosen a piston engine for your design you need to drive some form of pressurization system which can add weight and complexity. There are a few pressurized piston planes out there like the Mooney Mustang, Cessna 210 (came in both pressurized and un pressurized) and the Piper M350 (the only one currently in production).

No one would ever buy an un-pressurized Phenom 100 or B777, but there is nothing stopping you from building one.

There have been many cases of aircraft being built in both pressurized and un-pressurized versions.

In all these examples the un-pressurized aircraft can fly well above 20,000' but is generally operated at lower altitudes due to the inconvenience of using supplemental oxygen.

(a) Pressurized cabins and compartments to be occupied must be equipped to provide a cabin pressure altitude of not more than 8,000 feet at the maximum operating altitude of the airplane under normal operating conditions.

Thought there is no set altitude of operation for the aircraft to be pressurised, it is required to provide supplemental oxygen if the pressure altitudes are above 12500 ft:

(a) General. No person may operate a civil aircraft of U.S. registry—

(3) At cabin pressure altitudes above 15,000 feet (MSL) unless each occupant of the aircraft is provided with supplemental oxygen.

The requirement for a pressurization system is dictated by the operating altitude. With increased altitudes the atmospheric pressure diminishes and so the concentration of oxygen available.

The CS-23 certification requirements, which applies to aircraft 12500lb (5760kg) state the following for pressurization systems:

CS 23.841 Pressurised cabins (a) If certification for operation over 7620m (25 000 ft) is requested, the aeroplane must be able to maintain a cabin pressure altitude of not more than 4572m (15 000 ft) in event of any probable failure or malfunction in the pressurisation system.

These are the requirements a different aspect is what a manufacturer selects for its design which be influenced by other factors such as:

If the "partial pressure" of oxygen (that is the overall pressure of the gas mixture multiplied by the propotion of oxygen in it) in the gas mixture people are breathing drops too low then people will suffer serious and potentially life-threatening medcial problems. We need to prevent that happening. There are several options for preventing it each with different disadvantages.

One option is to simply fly low enough. This is a common soloution for low speed travel but it doesn't work well for high speed flight. It may also cause issues if you need to fly over mountains.

A second option is to have everyone use supplemental oxygen delivered through some form of mask (possiblly a full face mask, possiblly a non-sealed mask like the one in Daves picture). This is an option for military planes and some GA stuff but I don't think it would work too well for airliners or buisness jets.

The third option is to pressurise the cabin. This allows you to fly at high altitudes where fast flight is practical while providing an environment where people don't have to tether themselves to oxygen masks. The downside is that your fuselage is now a pressure vessel and worse it's a pressure vessel that experiances frequent pressure cycles. As a result pressurised airplanes require far more careful design, construction and maintinance then unpressurised ones.

A fourth theoretical option would be to use an oxygen enriched atmosphere in the cabin. Afaict this is not used in avaition, I don't know exactly why but I would guess a combination of fire risks and the difficulty of supplying enough oxygen.

Aircraft do not need to be pressurized.

Above about 50,000 feet any humans inside the aircraft need to be wearing pressure suits.

There is no "requirement" for any aircraft to be pressurized.

7
What happens to the cabin pressure if all the packs (ACMs) stop working?
1
What happens if an aircraft goes above maximum altitude?

3
What are the US regulations governing experimental aircraft?
46
Are cargo holds pressurised these days?
8
Why do some aircraft have to have the landing gear pinned prior to towing?
0
What minimum radio communication equipment is required in a homebuilt aircraft in India?
6
Are pressurized passenger aircraft usually completely airtight?
1
Can pressurized aircraft be flown without pressurizing
7
What is meant by a "pressure system" in FAR 91.205?
0
Who make the fuel system, cabin pressurization system, and firefighting system?