Does a strobe light shield act like a wingtip fence [or better sort of vortex generator]?

I was told it is a shield to avoid to blind the pilot during night flights when the strobes are on. Now, knowing the primary reason is, as far as I know, the above mentioned:

As far as I know, this device can be founds on the following aircraft:

As can be seen, it can be found on models with and without wing tip devices.

One thing that should be mentioned on aircraft fitted with winglet (not wing fence at the tip as those found on the A380), is that during the pull up manoeuvre, at take off, a mild/severe separation is generally observed on the inboard part of the winglet. Could the strobe shield fitted in the Embraer Legacy 600 mitigates this by re-energising the boundary layer. It would be easy considering the amount of cross flow at the tip.

Any official paper or informal discussion anywhere in the web would be very useful.

More pictures can be found on these links: 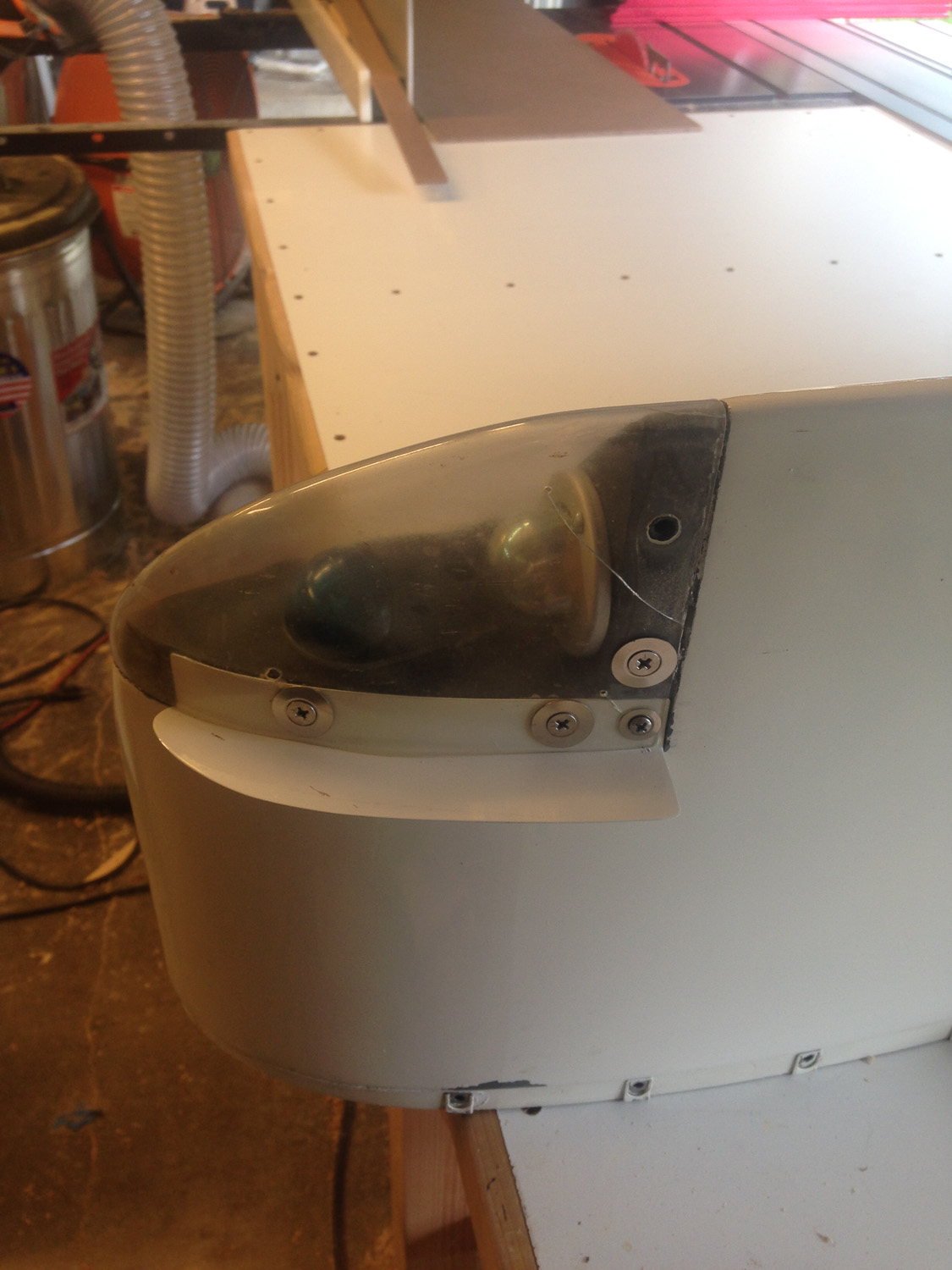 It is a long structured question, I will try to keep up with the answer. As first I would like to cite some sources.

I compared both CS23 and CS25 looking for the certification requirements on the lights. They are almost identical. If you want to check them yourself the keyword you want to use is "Lights". The paragraphs of main interest are from 1285, to 1401, three pages in total. That said.

I was told it is a shield to avoid to blind the pilot during night flights when the strobes are on.

The light on the wingtip in this case are both position lights and anti-collision lights, the strobing light you refer to.

The Position lights: are described in paragraph from 1285 to 1391. There are requirements on the shielding of them and the intensity of the lights from different radians as well as the colors of them, but none from an aerodynamic point of view.

From a design point of view the shield should define some dihedral angles:

For the anti collision lights:

The aeroplane must have an anticollision light system that

On the aerodynamics effect of vortex generator at the wingtip, I found a paper: Modification of a wing tip vortex by vortex generators. It is an experimental study without a wingtip device though. Citing from the conclusion paragraph:

The results show that substantial redistribution of wake circulation can be achieved by the merger of the tip vortex with a co-rotating vortex from the VG with the core radius of the merged vortex increased by a factor of up to five relative to the undisturbed tip vortex.

Summing up the comments above, and merging this interesting explanation from @Peter Kämpf on winglets, what I think (yes, it is an "opinion", but otherwise I would need to run some 3D CFD and/or a wind-tunnel test) is that:

Vortex generators are located along the wing, not at the wing tip. They are designed to make the wing stall break over a greater range of angle of attack. What you show at the wing tip will not have a similar effect as a VG.

Not the answer you're looking for? Browse other questions tagged aircraft-design aerodynamics wing-tip-vortex or ask your own question.

56
Is a winglet better than an equal span extension?

18
What is a vortex generator?
12
What are the vertical pieces of metal on the Slingsby Swallow wing for?
7
Why does the vortex created by wing affects its own angle of attack?
6
Does the stream of engine thrust act as a good drag shield against the nacelle?
5
What is the difference between a stall fence and a vortex generator?
3
How does the adiabatic cooling of wingtip vortices work?
5
Do airliners use light alloy wheels, like cars do?
44
Was the Space Shuttle aerodynamically neutral while piggybacking, or did the combination act like a giant biplane?
6
What’s this vortex generator like thing below the wing?
3
Does the strength of a wingtip vortex generated by an airfoil peak at the critical angle of attack?