Was this a successful deployment of an MD-88 tail cone evacuation slide?

In this video, the tail cone is popped off as part of the evacuation.

It stays attached on a lanyard which seems to be more of a hazard than letting it fall free. Additionally, the slide doesn't deploy.

It's clear that the rear and front port exits are the safe ones, but did something go wrong here?

(P.S. I'm not talking about the actions of the pax, just about the tail slide).

Considering that the slide was not deployed, it is definitely unsuccessful. The MD-80 series (also the DC-9 and boeing 717) had tail cone assemblies which could be jettisioned in case of an emergency.

When operated, the tailcone is expected to swing to the left of the fuselage due to to its own weight because of the way it was rigged.

You can see it in the images below: 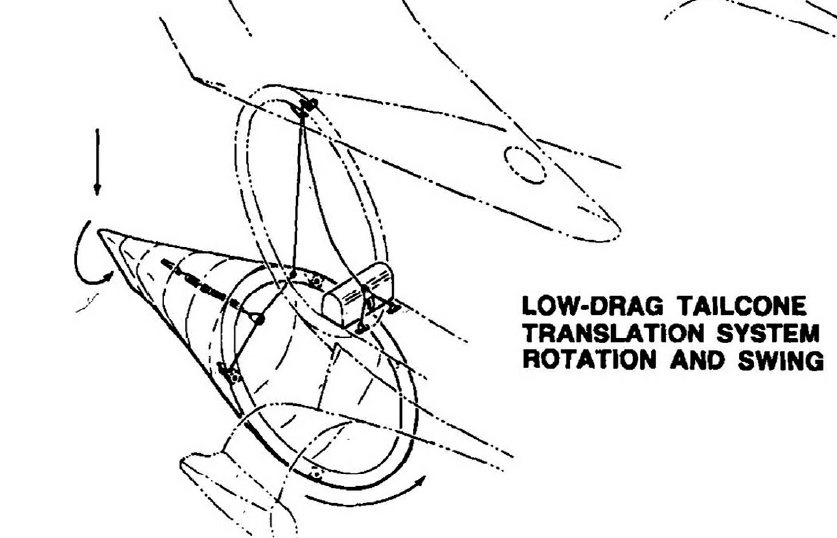 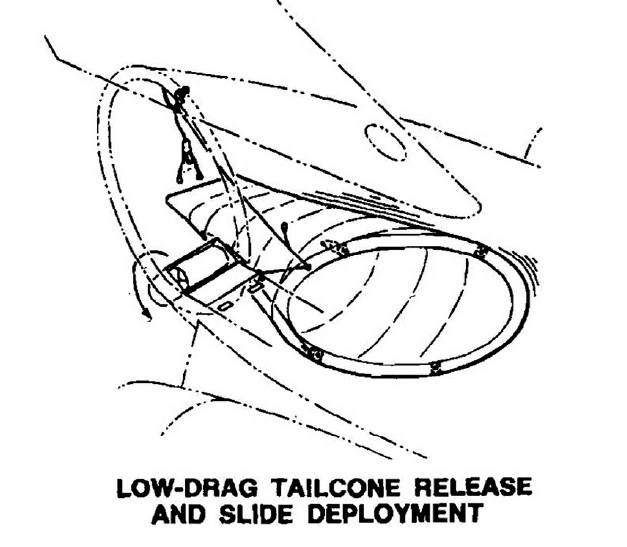 The following image shows the undeployed slide (in an MD-81) from the inside along with the lanyard. 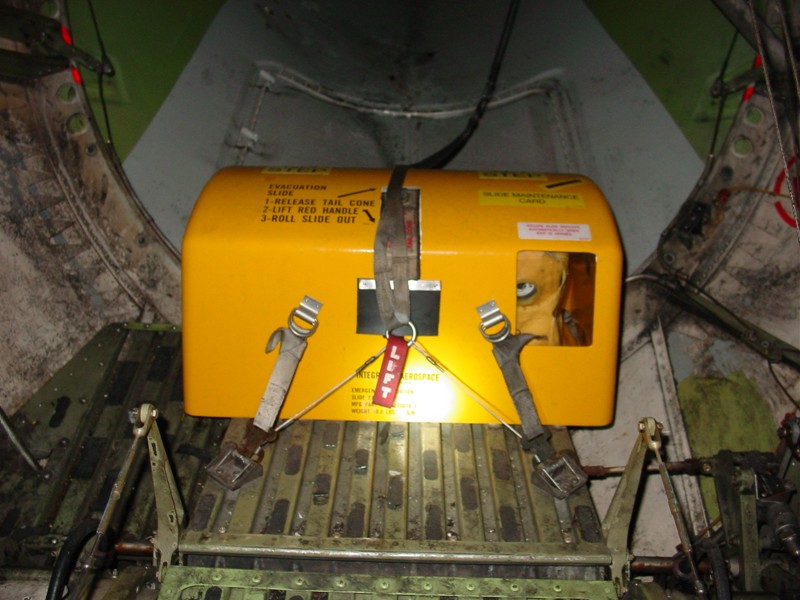 The release can be made by three ways- there is an emergency handle on the aft bulkhead door, one at the end of the catwalk and another one in the exterior of the handle.

In this case, the tail cone has pulled the lanyard, but the slide has failed to delpoy. While I'm not sure why the cone is hanging, it appears that the lanyard has snagged somwhere, probably in the cam rotator.

Note: This would not be the first time the slide has failed to deploy/deployed unsuccesfully or has deployed inadvertently. Also, see this discussion on the MD-88 tailcone jettison and slide deployment mechanism here.

Not the answer you're looking for? Browse other questions tagged evacuation dc-9-family md-80 or ask your own question.

12
What is this hole on the tail of an MD-88?
11
What are these little things on the evacuation slide?
16
Why was the DC-9-80/MD-80 so successful despite being obsolete almost from birth?
4
Why do almost all overwing exit slides open over the trailing edge of the wings, and almost none over the leading edge?