Is it possible to change/repair an aircraft tire while in flight?

Consider the following scenario: A crew experiences a flat/burst tyre above V1.

Is it possible, in some type of aircraft, to change it while in flight?

Accessing hydraulic lines & resevoirs is perfectly straightforward in plenty of aircraft -- the C-130 as one example. With crew chiefs & their tools & spare parts on board, a temp repair on a hydraulic line would be possible. Highly unusual, but possible. Spare fluid is common enough to have on-board to replenish the resevoirs.

However, access to the tires... Nope. I can't think of anything where you could do that, and it would have to be a designed-in capability. Typically, crew-accessible areas are pressurized, but where the wheels retract, aren't. You have things like access to unpressurized bomb bays, and in unpressurized aircraft that's not a barrier, but still... If there are designs where the crew can access the tires in flight, I'm not picturing them.

As noted elsewhere, landing with a flat tire isn't typically a big deal.

Normally the answer would be no, but if you have

you can have someone get the needed tools, the spare wheel and have him climb on the back of a pickup truck. What follows will look like this: 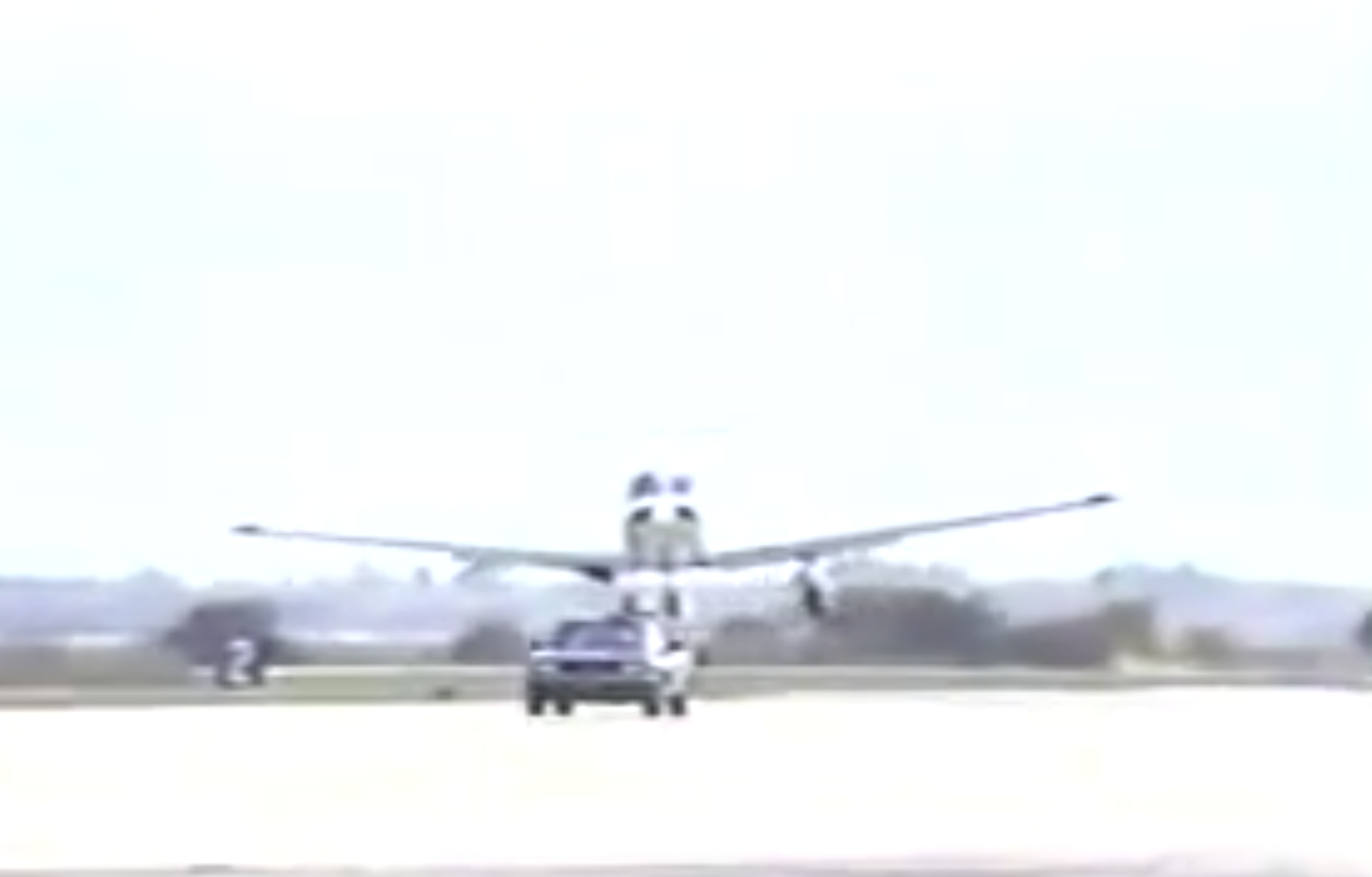 This repair needed only a jerk on the gear to get it unstuck. Changing a wheel takes much longer and is practically impossible this way.

Not the answer you're looking for? Browse other questions tagged aircraft-maintenance landing-gear or ask your own question.

7
Is is possible to use non-hydraulic fluids in a hydraulic system in an emergency?

21
How do you repair a grounded aircraft at a remote location?
6
Do some aircraft lower the landing gear mid-flight?
13
Is it possible to control an aircraft on the runway if the nose gear collapses?
32
Why are aircraft coloured in yellow during construction, repair or overhaul?
3
what is the earth resistance to be maintained while aircraft is on ground and during ground checks for military aircrafts
20
Why do aircraft sometimes bounce while landing?
28
Why did the space shuttle use bias-ply tyres instead of radials?