What is this protrusion on the door?

There's something below the door on almost every commercial aircraft. What is inside that box? The protrusion can be seen from the interior of the aircraft. Source 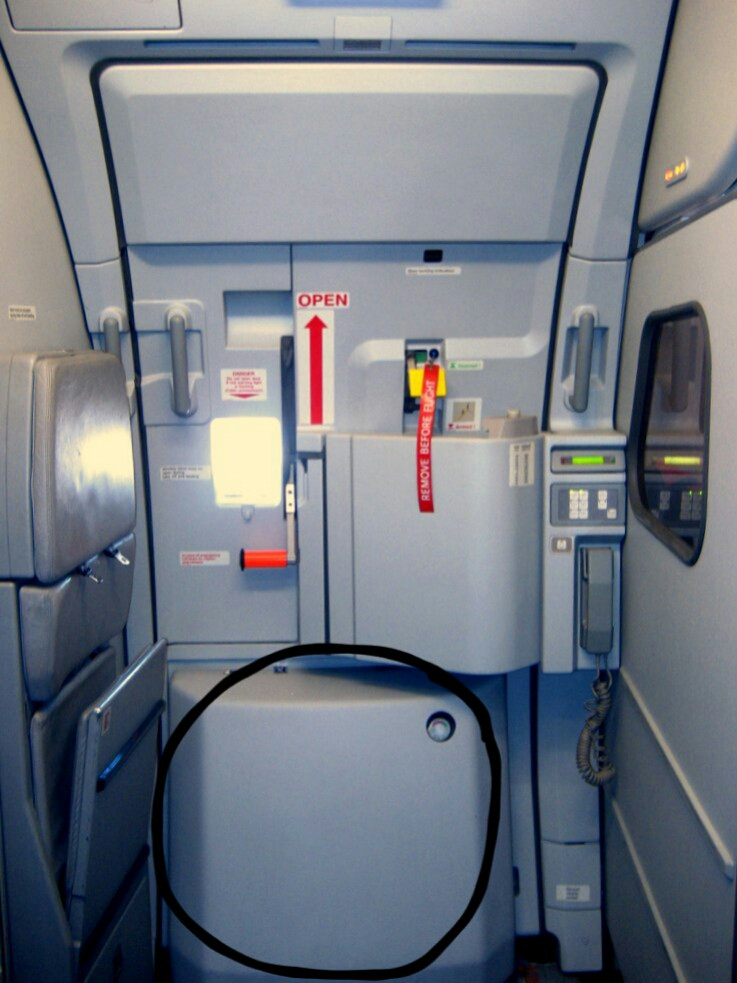 It contains the evacuation slide. From airspacemag:

An escape slide sits inside a carbon fiber pressure cap covered by a casing of material similar to the aircraft interior walls—that big square box at the bottom of an airliner’s interior door.

Here's an image from Boeing:

According to Boeing, the positioning of evacuation slides inside the doors reduced the deployment time.

By 1963, improvements in materials and inflation systems reduced the weight and bulk of the slide system, making it practical to move the slides out of the ceiling to the lower inboard face of the cabin doors (see fig. A). This location resulted in a still more efficient escape system, reducing the time needed to ready an escape slide from between 20 to 50 seconds to between 18 and 24 seconds, including door opening time.

Not the answer you're looking for? Browse other questions tagged airliner commercial-aviation emergency doors feature-identification or ask your own question.

4
What are the differences in door types in a commercial airliner?
9
What is the purpose of this helicopter fin antenna?
21
What is this device they bring on board from the jet bridge when we park?
29
What is this line found above the door on many aircraft?
47
What is this hatch above the cockpit of a 747?
19
Why does the PA28 only have one door?
3
What forces act on an airplane's door from the outside in cruise?