Is trigonometry used by commercial pilots?

Do pilots (for example commercial pilots) need to use trigonometry (directly, with trigonometry knowledge) as part of their routine job?

If so, when is it most used and for what?

Note that this answer was given to the original question, Do pilots need to use trigonometry as part of their routine job? If so, when is it most used and for what? The question was subsequently edited, after this answer was accepted. Much of the information provided in this answer does not now apply directly to the current question, but it does serve to provide context and for this reason it has been retained.

Pilots use trigonometry primarily for calculations involving wind angles, either for navigation or for cross-wind components for takeoff or landing. Note that pilots often accomplish these calculations with a flight computer such as the E6B, a circular slide rule: 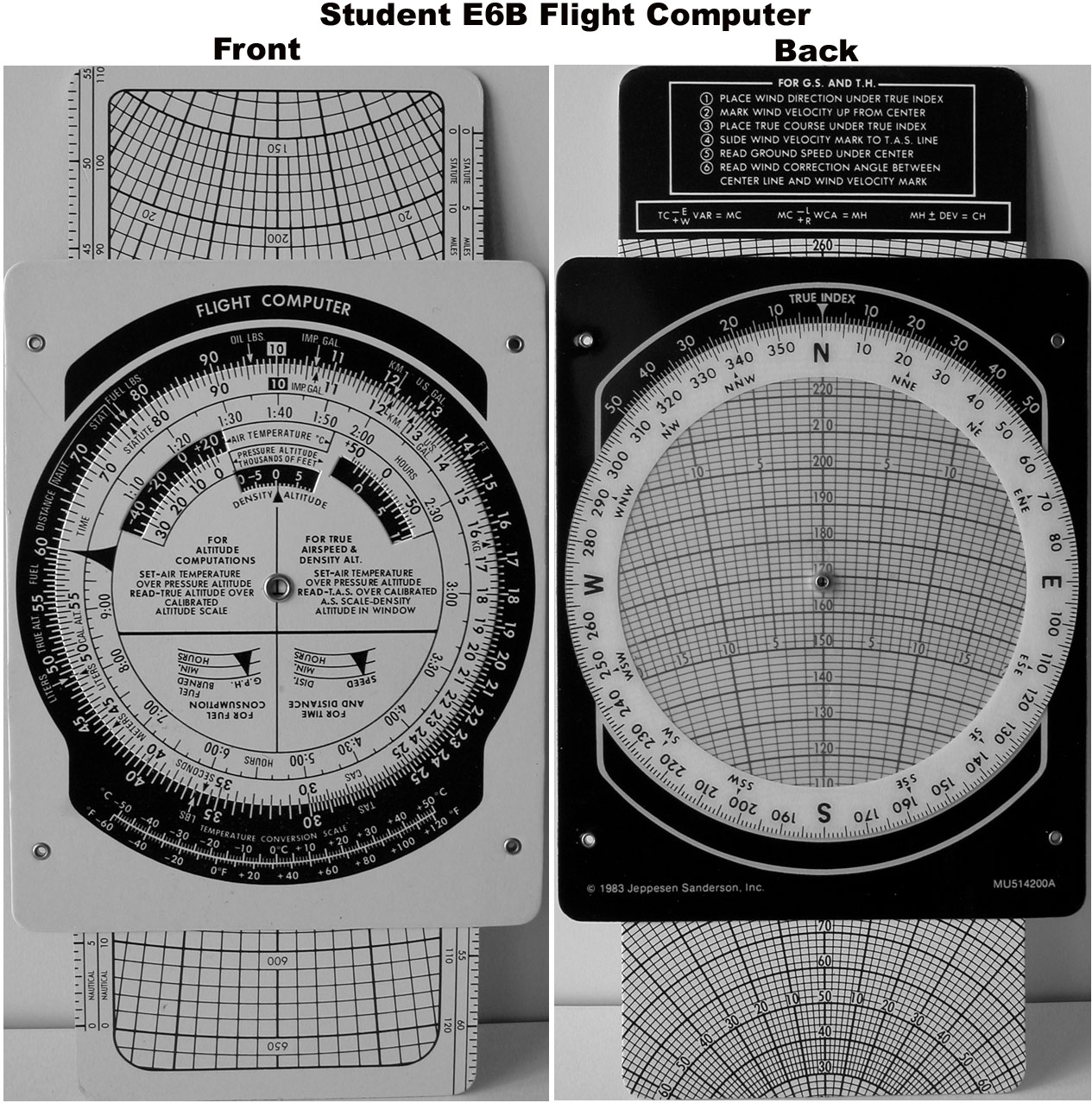 Many such flight computers are available, including electronic versions, such as the Sporty's electronic E6B. Personally, I now prefer to use web-based software, but in flight school my preferred calculation method was a TI-83 programmed to do vector addition and other pre-flight calculations. In the cockpit, the CR-3—a pocket version of the larger E6B mechanical flight computer and which can be operated with one hand—is usually the most functional method.

Regardless of how they are performed, such calculations are typically for the purpose of either:

I think the best example of routine use of trigonometry by pilots is to calculate winds aloft. The data a pilot has on hand is his compass heading and his airspeed and his altitude and his true bearing based upon passing landmarks on the ground. From this data he can calculate the wind direction and velocity he is witnessing at his location and altitude.

Normally he would use a flight computer called an E6B which is a circular slide rule of sorts. The E6B is easier to handle in turbulence than a pocket calculator. I proved this to myself many years ago when I added a program to a programmable pocket calculator to do the computation. It was hard to improve upon the time-tested E6B.

Not the answer you're looking for? Browse other questions tagged commercial-aviation aircraft-performance pilots performance-calculation or ask your own question.

17
Why are delta wings not commonly used in commercial airliners?
16
Did Flight Engineers progress to be pilots?
2
How useful are simulators in pilot training?
86
Do pilots really wear "pilot's watches"?
21
Are commercial pilots incentivized to reduce fuel consumption?
5
When may commercial pilots release their shoulder harness?
15
What, exactly, is a "co-pilot"?
2
Why do Ryanair pilots get paid such a low wage?