What's the purpose of the cable connected on the top of the fin? [duplicate] 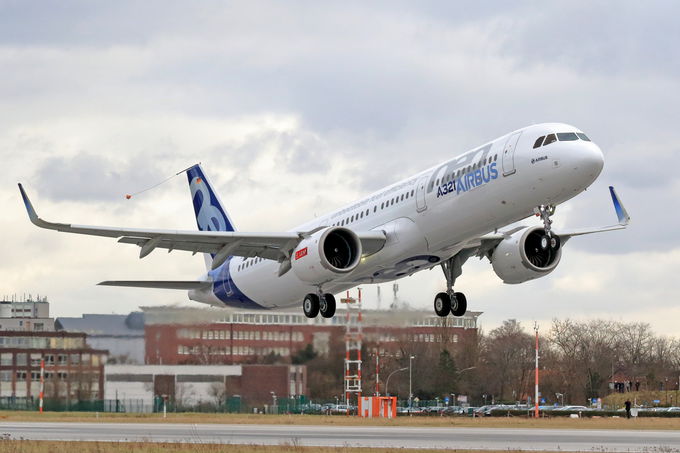 A321neo has on the top of the fin, backwards, a long tube, which looks like the pitot tube on the Boeing 707, but on the opposite way, and connected on it, a cable (I think because it is a test flight). What is the purpose of each one? Picture's credits: www.airbus.com/presscentre

It is a Trailing Static or Trailing Cone used in test aircraft to measure free stream values. From Airdata Measurement and Calibration:

By trailing a long tube behind the airplane, a nearly free-stream static pressure measurement can be taken. A perforated cone at the end of the tube acts as a drag device to keep the tube stable.

It is used in test aircraft. The image below shows the trailing cone attached to the 787 dreamliner (pictured at Paris airshow). 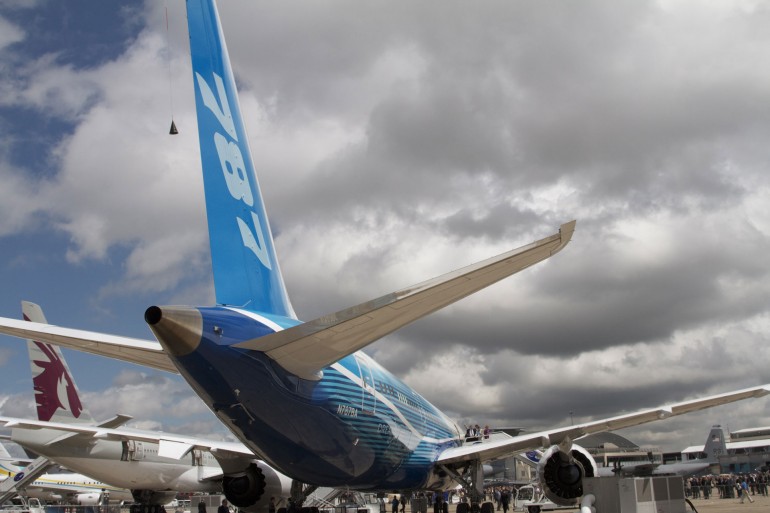 This image shows the trailing cone assembly used in 787 dreamliner. 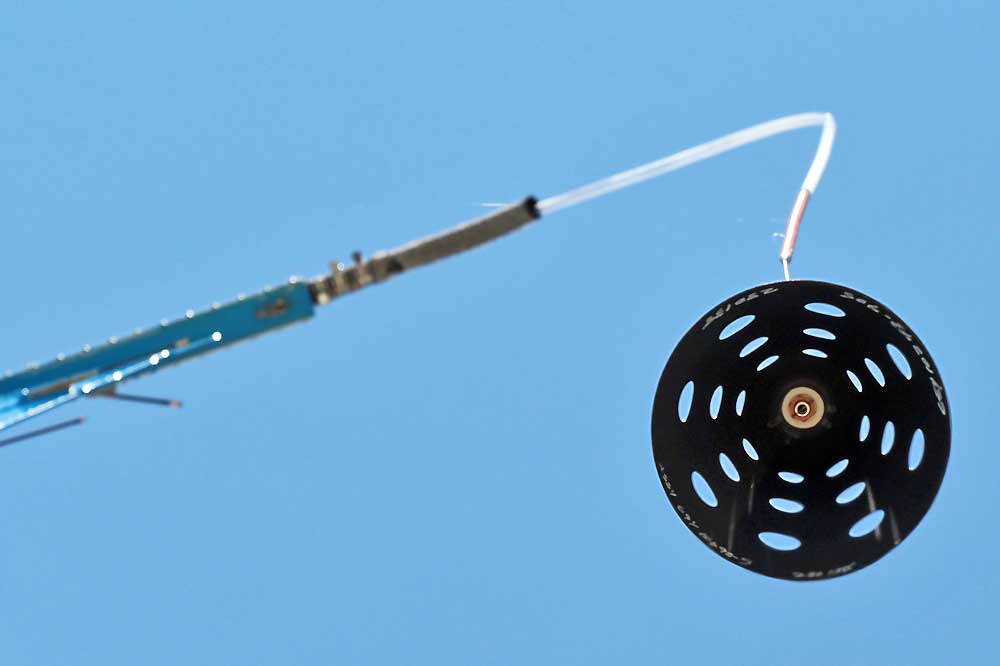 The device is specified by FAA and JAA as one of several methods that can be used to perform flight calibrations. According to FAA Advisory Circular 91-85:

Where precision flight calibrations are used to quantify or verify altimetry system performance they may be accomplished by any of the ollowing methods. ...

• Precision tracking radar in conjunction with pressure calibration of atmosphere at test altitude.

• Any other method acceptable to the FAA or approving authority.

Not the answer you're looking for? Browse other questions tagged airbus-neo or ask your own question.

15
What is the purpose of the ball and string attached to the tip of the vertical fin on test aircraft?
2
Why do the in house Boeing 737 max tails have a drag chute?
3
What is this transport aircraft, and why does it sometimes cary an air data boom when the Soviet Buran Space Shuttle is on top of it?
2
How does this very long tube deployed from the back of a 787 measure pressure?