Why is the Concorde, and not other aircraft, getting this fog/condensation, over the wing, at *takeoff*? [duplicate]

Ask Question
Asked 5 years, 7 months ago
Active 5 years, 3 months ago
Viewed 2k times
3
$\begingroup$
This question already has answers here:
What is the mechanism by which condensation forms above wings? (3 answers)
Closed 5 years ago.

Several pictures of the Concorde taking off, show a cloud of water droplets (fog) above the wings. Like this: 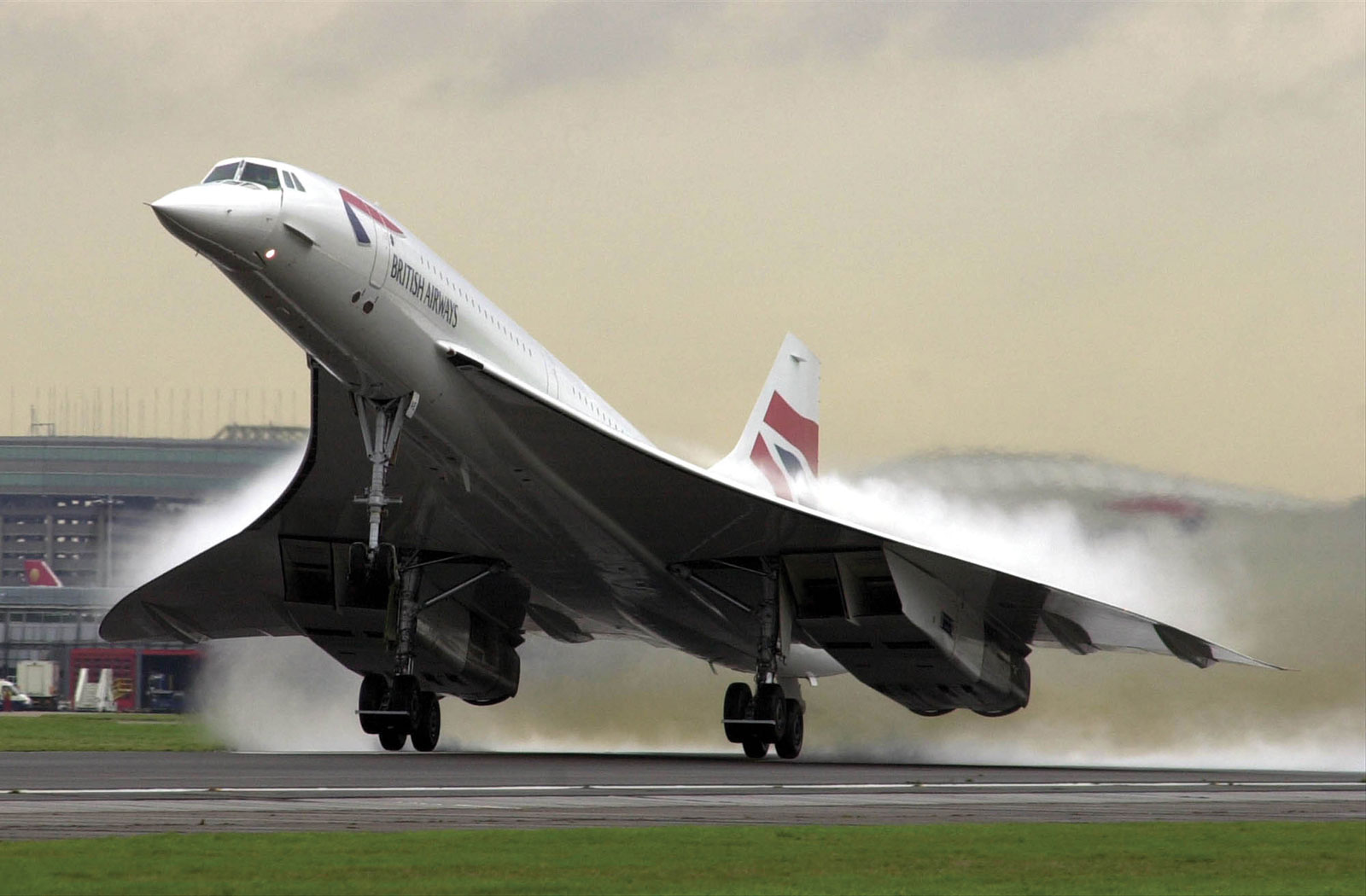 I assume the fog is created due to low pressure over the wings. But, doesn't the size location and visible turbulence of this pattern suggest that the wing is stalled? It certainly doesn't look like laminar flow.

I don't recall seeing this on other aircraft at takeoff.
What's going on? Is it unique to the Concorde? Is it exacerbated by ground effect?

...the undercarriage had to be unusually strong. This was due to the unusual loadings due to the high angle of attack that Concorde needed to take-off due to its delta-wing.

The "high angle of attack" would support my guess that the upper wing is stalled?
I could understand a stall if the aircraft was landing, but these seem to be near stall during takeoff?

You're correct that the condensation is due to low pressure, but the wing is not stalled. The highly swept delta wing of the Concorde created lift be what is called vortex lift. From my answer in that question:

The centre of the vortex is a low pressure region, where condensation forms. In this figure, you can see the vortex formation in a model of Concorde. 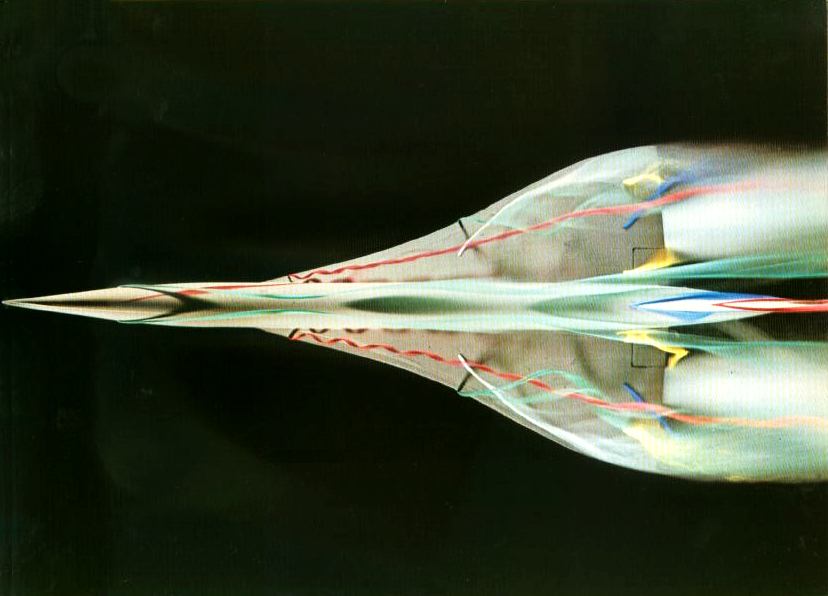 Flow around Concorde in a landing Configuration by Henri Werlé, ONERA, image from efluids.com

A side view of the same thing: 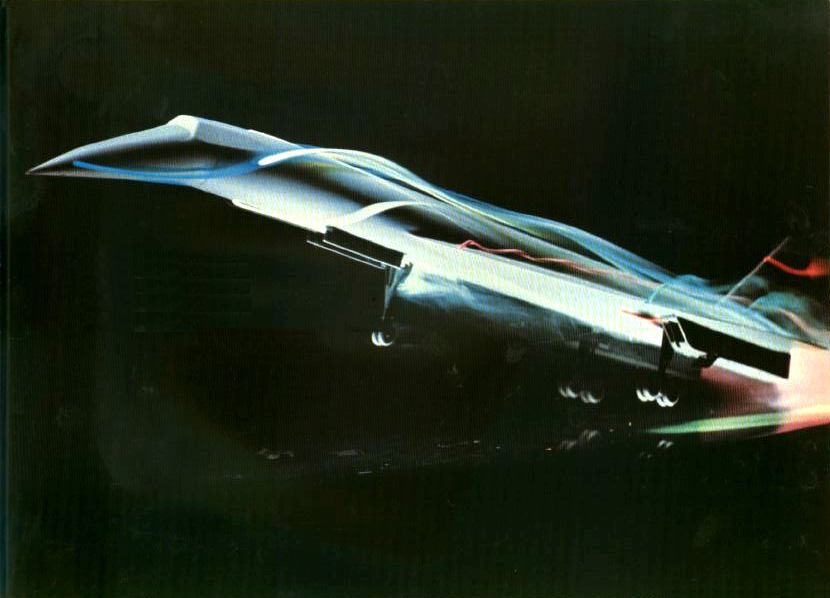 So, basically, the aircraft is still producing lift; only the mechanism is different.

This kind of lift production is quite common in case of highly swept wings. The vortex formation is also found in a number of other cases like chines, leading edge extensions (like this F-18), etc. 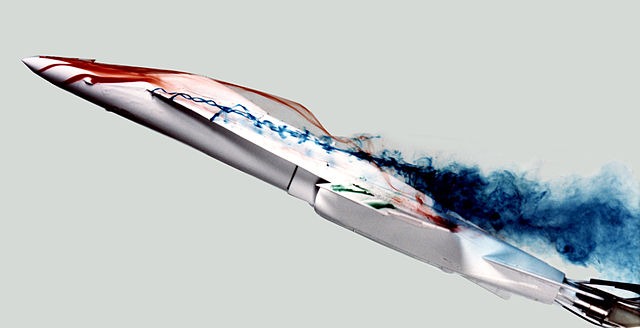 Flow visualization over a 1/48-scale model of an F-18 aircraft inside a water tunnel at the Flow Visualization Facility from NASA's Dryden Flight Research Center. Image from wikimedia commons

You're right to assume low pressure on top of the wing as cause of the condensation. As far as location and turbulence, this would probably have to do with something called "Span Wise Flow" in which air flowing over a wing doesn't just flow straight back, but tends to drive outward towards the wingtips and spill over the edge (a reason for 'winglets').

Not the answer you're looking for? Browse other questions tagged takeoff wing concorde or ask your own question.

12
What is the mechanism by which condensation forms above wings?
29
What is vortex lift?
10
What advantages come with the wing on the Boeing Bird of Prey?