What is the difference between a concourse and a pier?

Both are narrow buildings with aircraft parked on both sides, so what is the main difference? 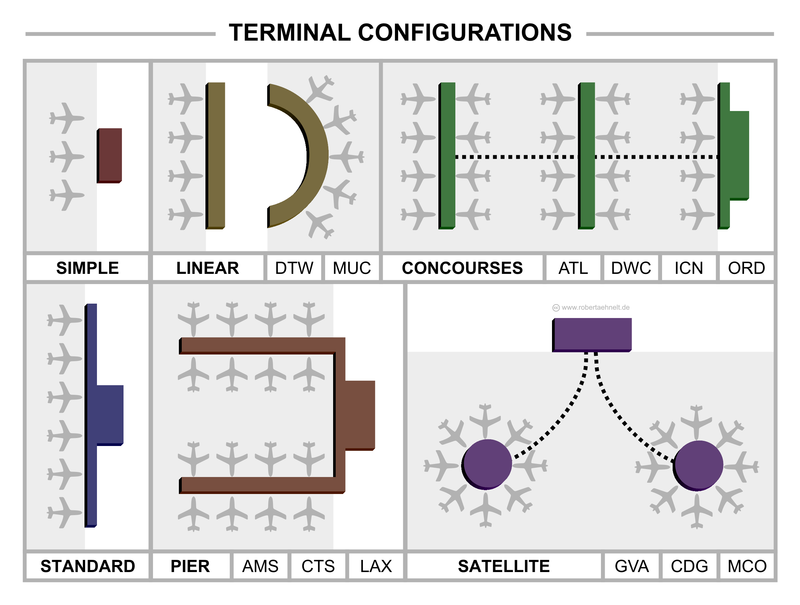 In practice, the terms "terminal" and "concourse" are often used interchangeably, with "satellite" being used in that specific case, and "piers" being referred to as terminals or concourses.

Small terminal with a few gates.

Longer than a simple terminal, with gates on one side. May be curved or straight.

Standard terminal with gates on one side, with additional linear terminals connected underground or by buses (occasionally by a bridge), each with gates all around. Each is generally designated as a different concourse.

A main terminal area, with long extensions having gates down one side. May be designated into different terminals depending on the size.

Like concourses, extensions with gates down both sides, but connected on one end by additional buildings. Each pier may be designated as a separate terminal.

A main terminal area connected to one or more smaller terminal buildings with gates all around. Generally connected underground, occasionally by a bridge. Each satellite is generally designated a different terminal.

"Concourse" is not really a specific concept, but denotes some type of hangar remote from the main terminal. Such concourse has been required to extend the original integrated terminal when traffic has grown. 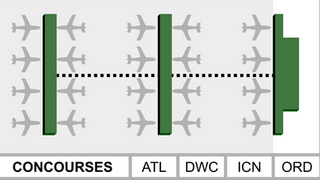 The building on the right is the main terminal, a standard simple terminal. The two concourses on the left are remote piers (facing rows) to extend the original terminal.

On the other hand a pier is the well known configuration used originally to moor boats, with two facing rows fed by a single central path: 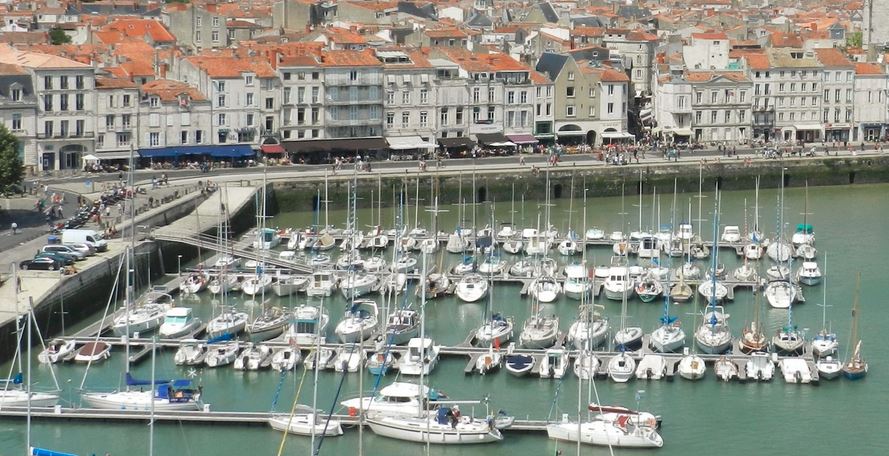 A main terminal can be a linear or convex (gates) unit. It can be extended by concourses of varying density, infrastructure type, or connection. 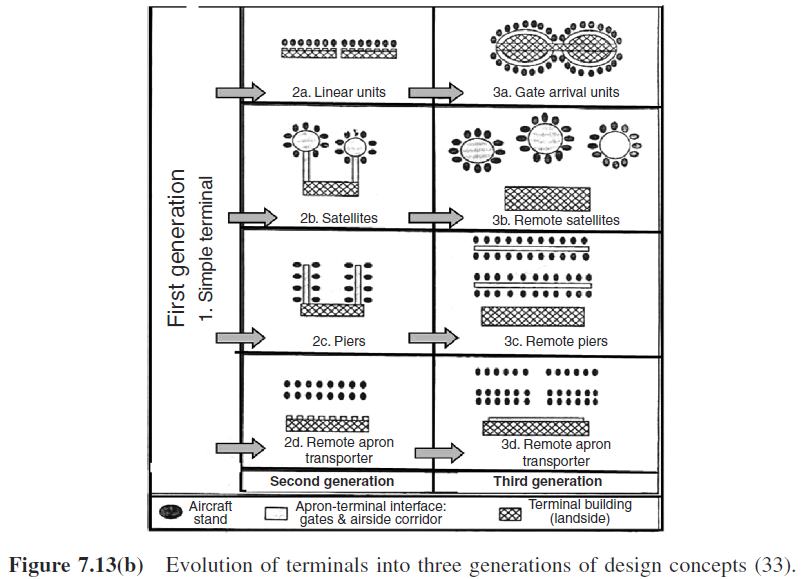 In the figure above a terminal can be:

Today the trend is to plan an airport and its future extensions as an integrated building, and to start building only what is required at the time of the opening. This removes the complexity of remote extensions: Security, boarding interface, baggage processing, access to shops... maintaining passengers into a closed volume until they have boarded their plane.

8
Can an aircraft be docked at the gate from the right seat?
5
Why are the runways on Denver Int'l very separated from the terminals?
8
Why are offset lead-in arcs used?
8
Telluride (KTEX): Why is the localizer antenna located where the glideslope should be?
5
Why all the taxiway construction at PHL?
2
What is the difference between a Stand and Gate in Airports? How do they differ ?
7
What is the purpose of this loop in a taxiway?
17
Why so much ground time at Frankfurt Airport?
12
Why does Beijing's new Daxing airport have so few gates?