Why do all new European fighter jets have delta wings?

Why do all new European fighter jets - Typhoon, Gripen, Rafale have delta wings? As I know, they were all designed separately. And they are not new either.

Is there any particular advantage that caused the Europeans to choose to do it like it is? Is it because of traditions? Or do they use the same software? (cheeky grin)

No, they were not designed separately. They were designed by people who had all participated in collaborations before. The origin was the research into unstable configurations performed by MBB in Germany in the late 1970s by a modified F-104, the control configured vehicle F-104 CCV.

As a result, MBB designed the Taktisches Kampfflugzeug 90 (or TKF-90), the first design of an unstable delta canard which promised unmatched maneuverability. Since Germany could not afford to develop the aircraft all by itself, collaborations were started with both Dassault and BAe, so that French and British engineers could learn of the advantages of this layout. 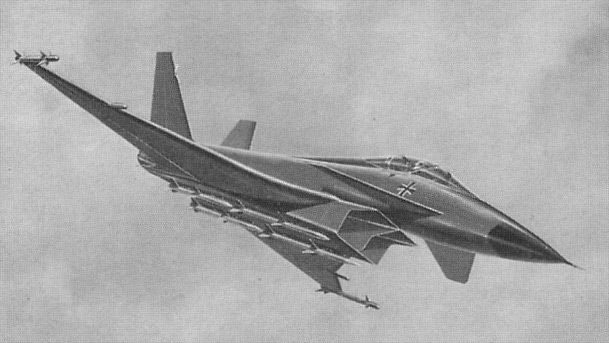 First, BAe collaborated with MBB and joined the TKF-90 design, resulting in the European Collaborative Fighter proposal, only to continue on their own with two delta canard designs of their own, P.106 and P.110. P.106 had one engine and one vertical tail while P.110 had two of both, like the TKF-90. P.106 was rejected by the RAF, but went into a collaboration with Saab and eventually became the JAS-39.

To be fair, the first company to build and fly a closely-coupled delta canard was Saab with their Saab 37 Viggen. Saab has a long history of innovative work, beginning with ejection seats in 1942 and sweptback jets in 1948. 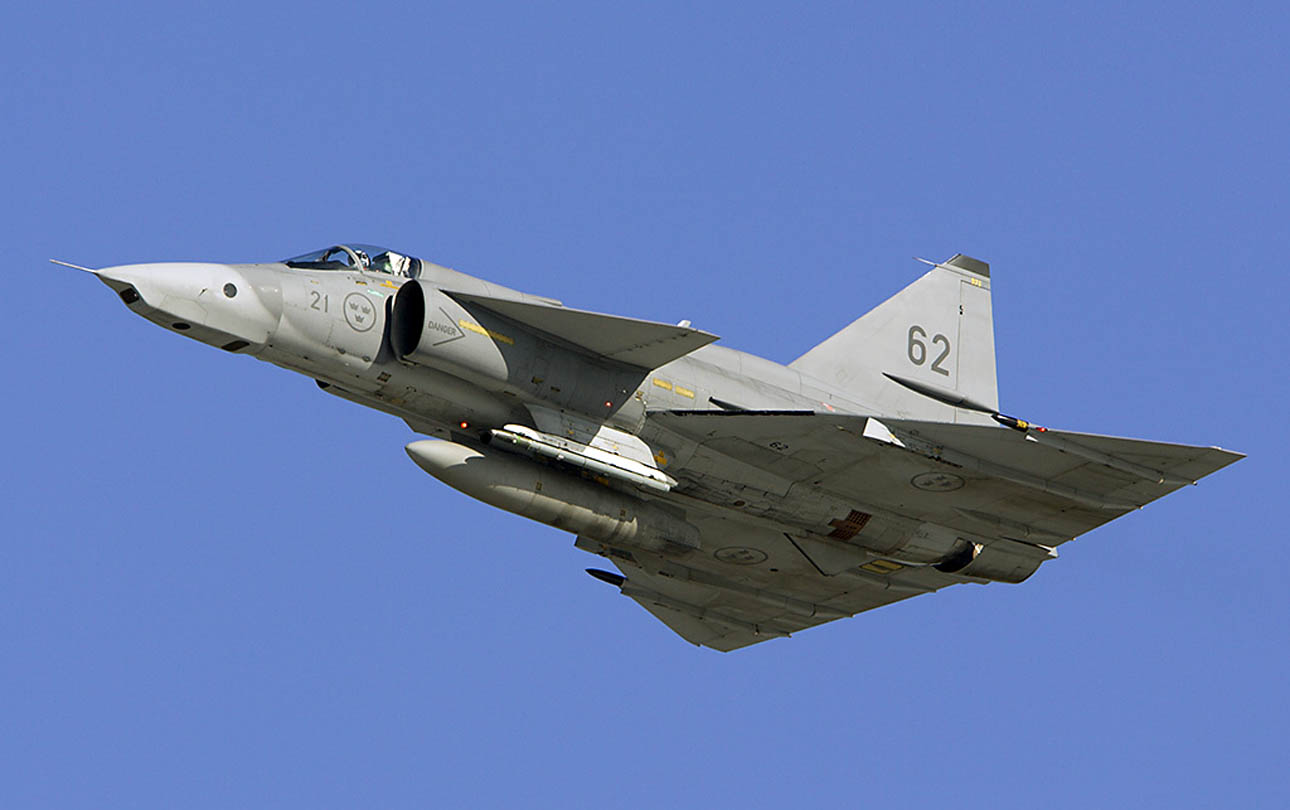 Saab 37 Viggen (picture source). In contrast to the TKF-90 it was an aerodynamically stable layout.

Meanwhile, MBB collaborated with Dassault in the Future European Fighter Aircraft (FEFA) program, so the French side learned of the advantages of a delta canard. Eventually, the French wanted less air-to-air capabilities and a smaller aircraft for better export chances, and the remaining FEFA partners continued in the European Fighter Aircraft (EFA) program which resulted in the EF-2000, while Dassault went it alone with the Rafale.

The EF-2000 is hampered to this day by this heritage. Its wing area was decreed by Maggie Thatcher and Helmut Kohl to be no more than 50 m² when a 60 m² wing would had resulted in a much more capable design. Next, the British engineers insisted on a straight leading edge, ignorant of the fact that only a cranked delta would provide good post-stall pitch characteristics. They also refused to accept a faceted design, and the German side could only rescue the "smiling intake" in order to reduce the radar cross section of the EF-2000 somewhat. 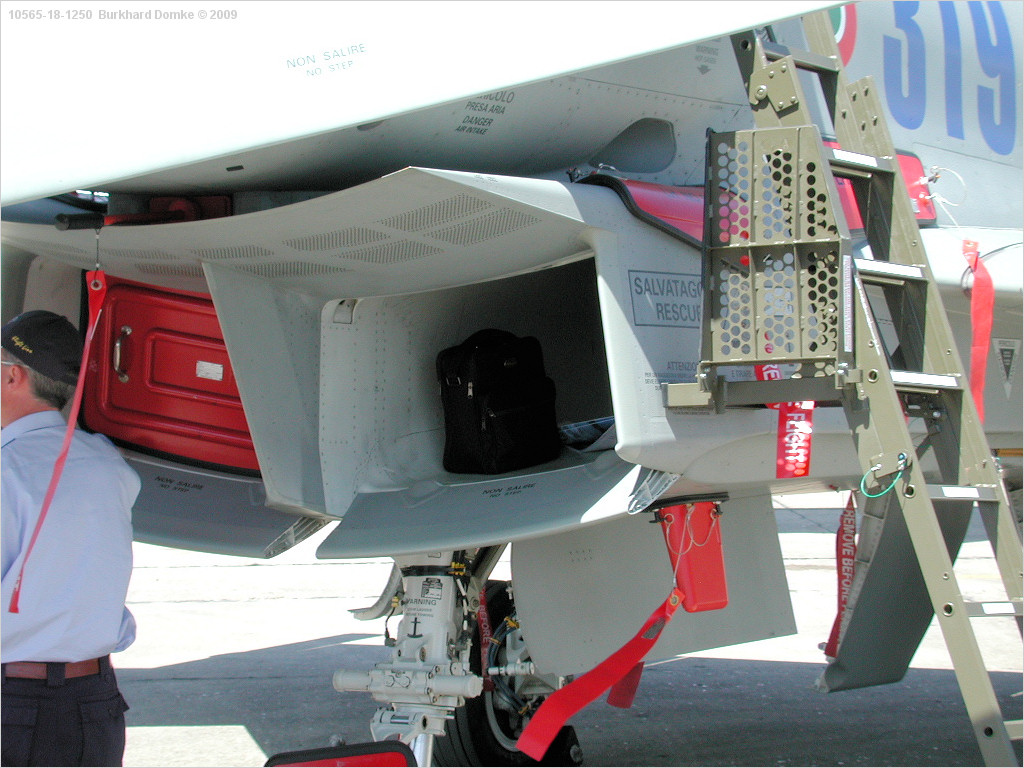 And don't get me started on the odd location of the airbrake: On the center fuselage where it is least effective at high angle of attack and will blanket the single vertical tail. Designed by a committee with too many British engineers.

Delta vs conventional wing has a good answer on some of the benefits/drawbacks of the design.

European military aircraft designers tend to prefer delta designs, dating back to the original Mirage, and even the Avro Vulcan bomber, whose design was actually begun in WW2.

The other two major makers of military aircraft, the US and the USSR/Russia, don't tend to use delta wings. Rare exceptions were the hybrid delta with tail design of the MIG 21, the North American XB-70, and most recently, the Boeing X-32JSF entry, which was changed to a tail design late in the competition due to Navy requirements. The last operational delta fighter in the US inventory was the F106 interceptor.

Why do European military aircraft designers prefer the delta wing?

The nature of the potential conflict plays a role in military aircraft design. European military aircraft, certainly in the past, were designed for fast sprints over relatively short distances where the delta's supersonic characteristics are a benefit, as in a NATO/Warsaw Pact conflict in Germany.

Russian and American aircraft are designed with longer distance conflicts in mind, where a good deal of the flying is at high subsonic speed, and the lower drag of the conventional wing reducess the need for refueling while in transit.

Not the answer you're looking for? Browse other questions tagged aircraft-design military wing fighter delta-wing or ask your own question.

113
Why does it take so long to develop modern military jets?
17
Why are delta wings not commonly used in commercial airliners?
12
What are the advantages and disadvantages of a delta wing compared to a swept wing?
8
Why was the experimental MiG 1.44 so similar to the experimental TKF-90?
1
Are there any airplanes with the Centre of Gravity behind the Centre of Pressure?
2
Is the SEPECAT Jaguar's design aerodynamically inferior to more modern jets?
1
Why has the rest of the world gone after delta wings while not the USA?
1
Are canards actually more efficient?

21
Why do (almost) all military transports have high wings and civilian transports low wings?
97
Why do fighter jets still have guns/cannons?
34
What are these boxes built into the tails of some fighters?
113
Why does it take so long to develop modern military jets?
21
Do fighter jets have deicing in their wings?
6
Why do UCAV/UAV designs mostly use lambda wings instead of pure delta wings?
6
How does a delta wing deal with supersonic boundary separation?