Are there any reference values for Cl and Cd of a NACA 0012 airfoil to verify CFD simulations?

I am having trouble finding the established results of inviscid flow CL and Cd variation over NACA 0012 airfoil, for the transonic region. I need the data to verify the results I am getting through my CFD simulations. I have recently started learning CFD and the actual results would be really useful to me as they would clarify whether I am in the right direction or not. 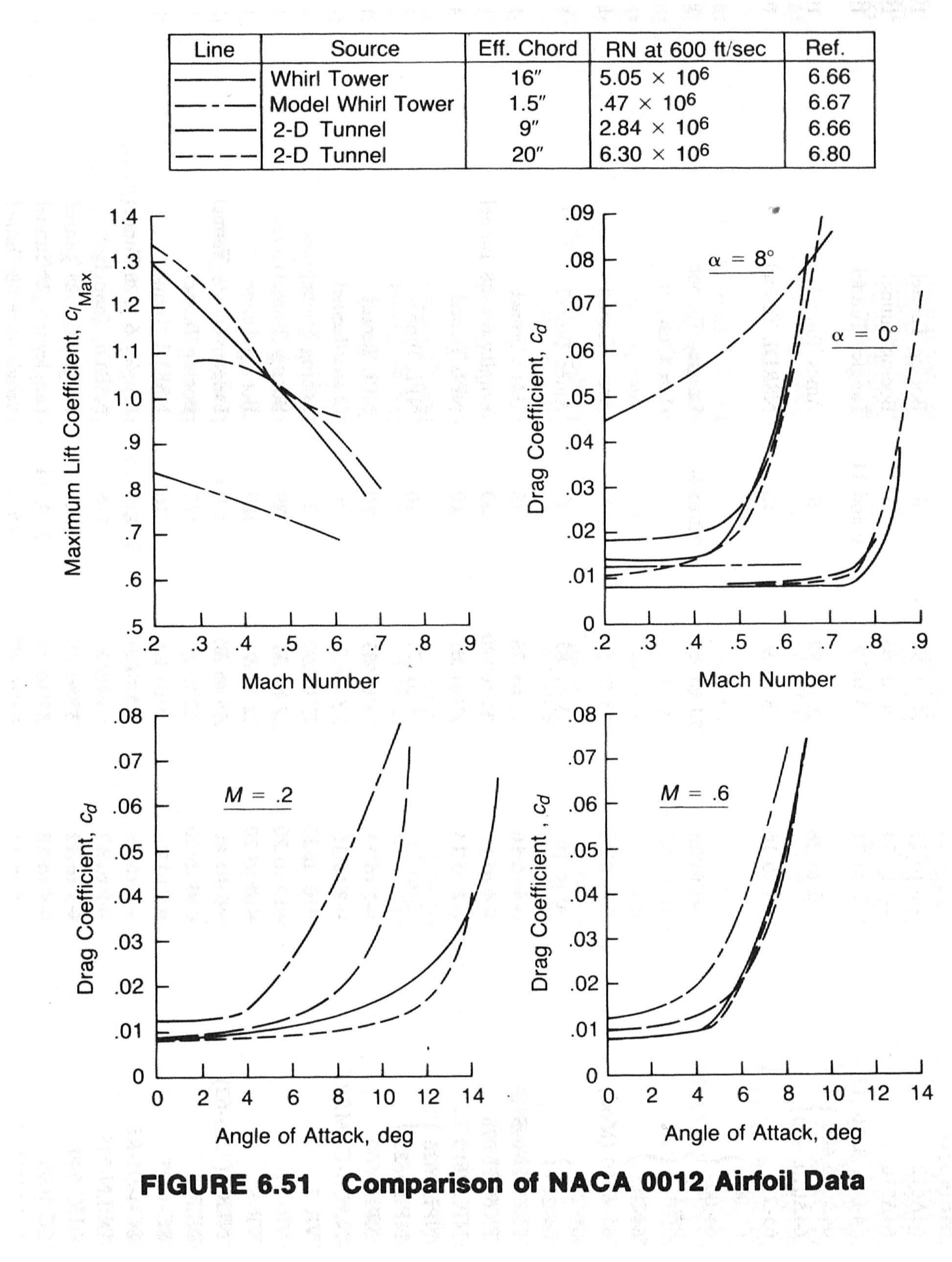 Four sets of measured data can be seen in this plot, the difference caused by different Reynolds numbers during measurement. The figure is from Helicopter Performance, Stability and Control by Raymond Prouty. The book is still for sale and is a treasure cove of knowledge on all things sub-sonic. From page 426 onwards it has a section on representing airfoil data with equations, using NACA 0012 as example. 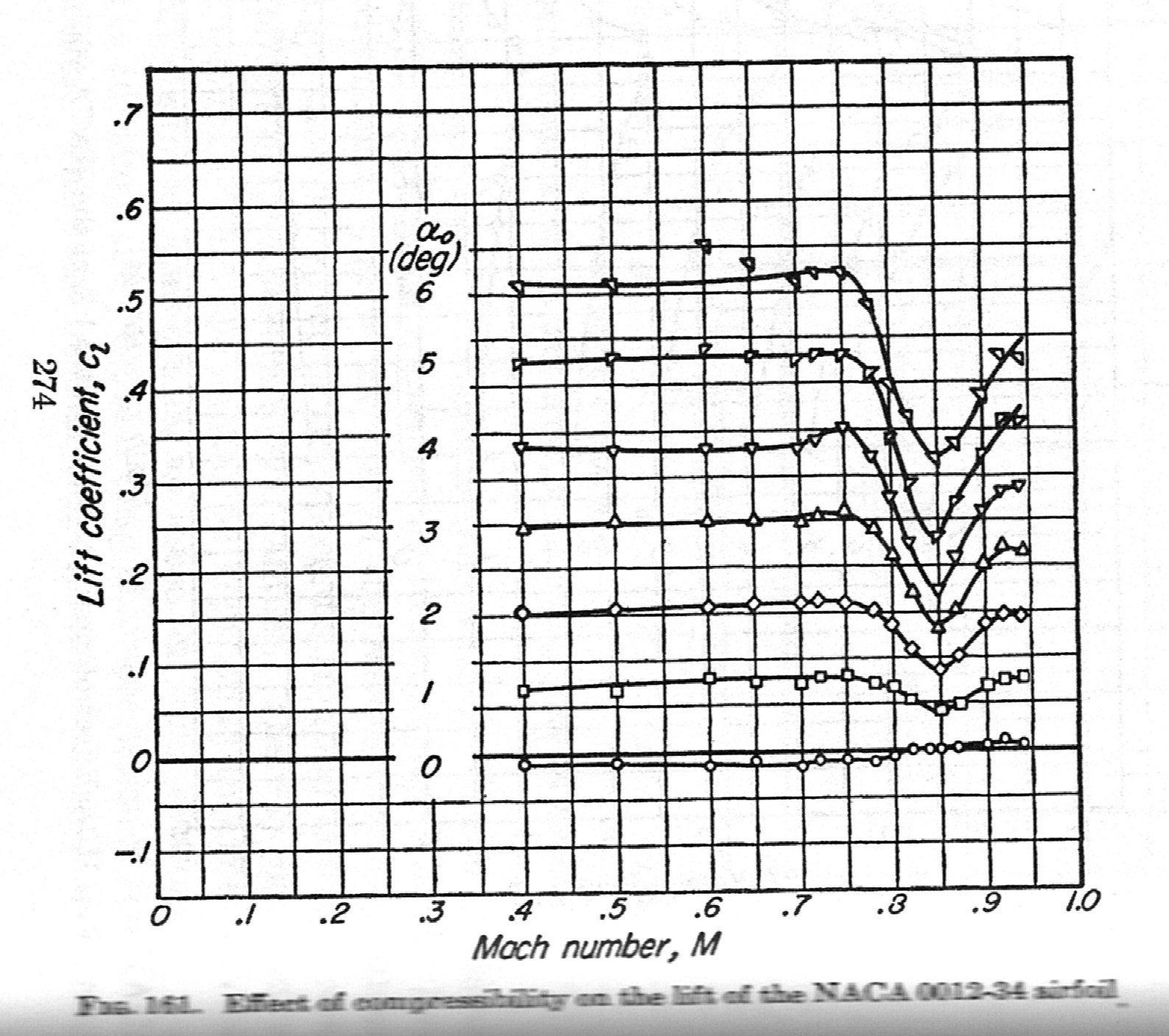 This graph is from Theory Of Wing Sections by Abbott & Von Doenhoff. Contains a chapter of compressibility effects.

$C_L$ and $C_M$ are more extensively represented in the reference books than $C_D$, which is more generally lumped into considerations of Mach divergence number. The same two books will help you further.

The NACA technical report server can be of help as well, a starting point there would be NACA TR 832.

3
How can the zero-lift drag coefficient (parasitic drag) be calculated?