Which way should I rotate the propeller of a C172?

During pre-flight which direction should I be rotating the propeller of a Cessna 172 if I need to reach the alternator belt? I thought I was told "In the direction it rotates during flight"; however I feel there was some misunderstanding. Isn't there the possibility of accidentally hand propping if I do it that way on a warm engine? Today I rotated it clockwise in the direction of the blade and it kicked over and popped me in the knee (leg shouldn't have been there - lesson learned!) Please help me clarify!

Avoid rotating the propeller through a compression of one of the cylinders. You can easily rotate the propeller in either direction safely about 45 degrees before you feel a cylinder in compression.

Normally after an engine shutdown the mixture is pulled to idle cutoff which would prevent fuel reaching the cylinders. Also if procedures are followed the magnetos that generate ignition sparks should be off after the end of a flight. So in theory it should be safe to pull the propeller thru during preflight. But still you need to consider that it is not completely without some small risk that the engine could start simply because humans make errors and machines can need maintenance.

In any case, the issues of concern are primarily:

Those who say "you should never turn a prop forwards," will typically argue that:

Those who say "you should never turn a prop backwards," will typically argue that:

Those who hold that either direction is potentially dangerous but can be done with caution will typically argue that:

One may present a variation on the above, but I think those three perspectives capture the essence of any argument on this topic. Inadvertent engine firing can indeed be very dangerous, and a piston prop should be treated as live and dangerous. Dry vacuum pumps are indeed built with carbon or composite vanes which are far more brittle and delicate than steel parts. However, there are differing takes on just how delicate these are. 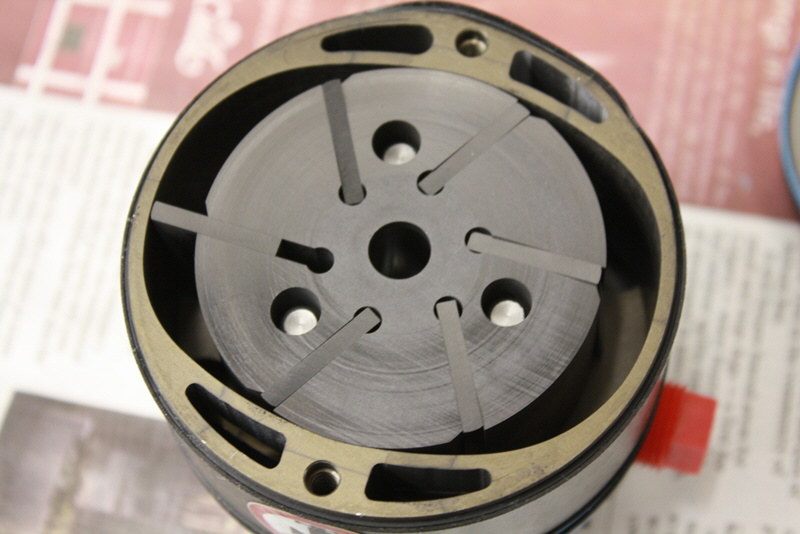 However, Aviation Consumer states in this article that:

One of aviation’s old wives’ tales is that you’ll wreck your vacuum pump if you move the prop backward. Fortunately, that’s not true. While most vacuum pumps are unidirectional—they either turn clockwise or counterclockwise in service based on the direction of rotation of the accessory shaft on the engine (and have CC or CW as a suffice to their model number)—it takes more than a few turns in the wrong direction to cause damage.

Mike Berry, whose opinion on such matters I respect, seems to think that turning the prop backwards will not hurt it, as seen in this quote from his May 2002 article in Light Plane Maintenance, reprinted by AvWeb.com:

By the way, pulling a prop through backwards will not hurt a dry pump.

I know people that operate and maintain several Cessnas with dry vacuum pumps and are not very gentle when they move the prop either forward or backward they don't seem to have issues either with the engine firing or with low vacuum pump replacement intervals. The vacuum pumps replacements that I have done were typically brought about by normal long-term wear, as far as I can tell.

My take is: firstly, know your aircraft and it's systems. Secondly, be careful; respect the prop. Personally, I turn the prop either direction, but not usually a lot, and I do so gently and cautiously.

Not the answer you're looking for? Browse other questions tagged propeller cessna-172 or ask your own question.

35
What happens if you exceed the maximum speed on a C172?
22
Why do ground crews rotate a radial engine's propeller before a motor/cartridge start?
4
Which 'pusher' propeller aircraft have been used in active military service?
7
In which phases of flight should the carb heat be turned on?
9
Cessna 172: at which RPM should the oil pressure reach the green arc?
3
Why does a hovercraft lift blade look one way, but a propeller another?
5
What is the most fuel efficient climb speed for a C172 SP?
1
Why are the best glide and best range airspeeds different for a C172?