How to understand “Stage length, for payload calculations includes 85% wind”?

In appendix, Para 1.2 "Definitions and specifications", the definition for "Stage Length" states

What does that mean?

For this planning the document from the airlines association recommends to assume the wind that has a probability to occur of 85%. That means: assume you will find this wind on your route 85% of the time. The wind force itself is determined talking into account statistics for the regions overflown.

The flight profile is provided on the document itself, defining "stage" as start of climb to end of descent, excluding initial climb: 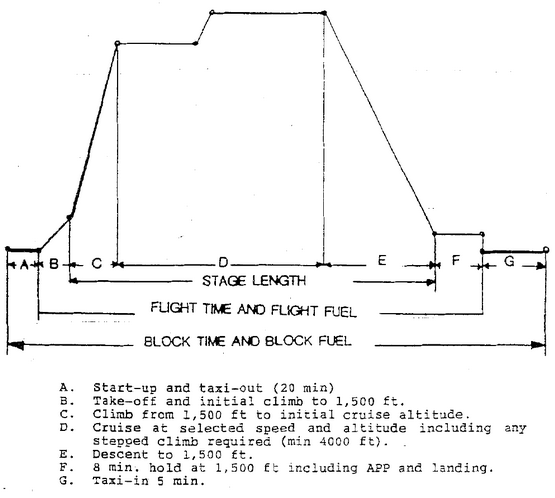 Knowing how much fuel will be required and by deduction how much payload can be transported allow airlines to estimate the airline costs and revenues on a given route with a given aircraft. This is important for planning aircraft acquisition and replacement, as well as the route catalog.

Stage length is basically the average length of the flight (see mins' answer for a specific definition). Average stage length is important because it greatly effects the maintenance and fuel costs for the airplane. The shorter the stage length, the higher your overall costs will be for the operation of the airplane (and vice-versa, of course).

In order to estimate the stage length, the following information is needed:

The 85% most likely refers to the Boeing 85% wind data, which is proprietary data produced and sold by Boeing and includes world-wide wind and temperature data at various flight levels and seasons, with statistical reliability between 50% and 99%.

This means that the wind values which are used for the stage length calculation will result in a flight time equal to or better than the result 85% of the time.

Not the answer you're looking for? Browse other questions tagged commercial-aviation fuel airlines or ask your own question.

7
Where can Boeing wind data be found?

11
What is the coordinate system used in an Aircraft?
9
Is the climb rate different for short-haul flight and long-haul flight?
3
What is an Aircraft Overhaul?
4
What is the difference between a volume-limited-payload and a maximum-zero-fuel-weight-limited-payload?
5
What is an Airline?
4
What are fuel biases?
2
How is the range/fuel computed when there is a 3-hour difference for the same route?
0
Why can't I ever get my right ear to pop on descent in a plane?
5
What kind of input is used by NASA's TASAR?