Can you help me identifying an A-4 Skyhawk-like jet?

I'm having trouble identifying a jet and am hoping someone can provide some help. Here is the best picture I've been able to capture.

The closest similar jet I've been able to find is the A-4 Skyhawk, which shares many of its features, but even in looking through the variants, I can't find an exact match.

The next two pictures aren't as clear, but they show the profile and wing shape, respectively. 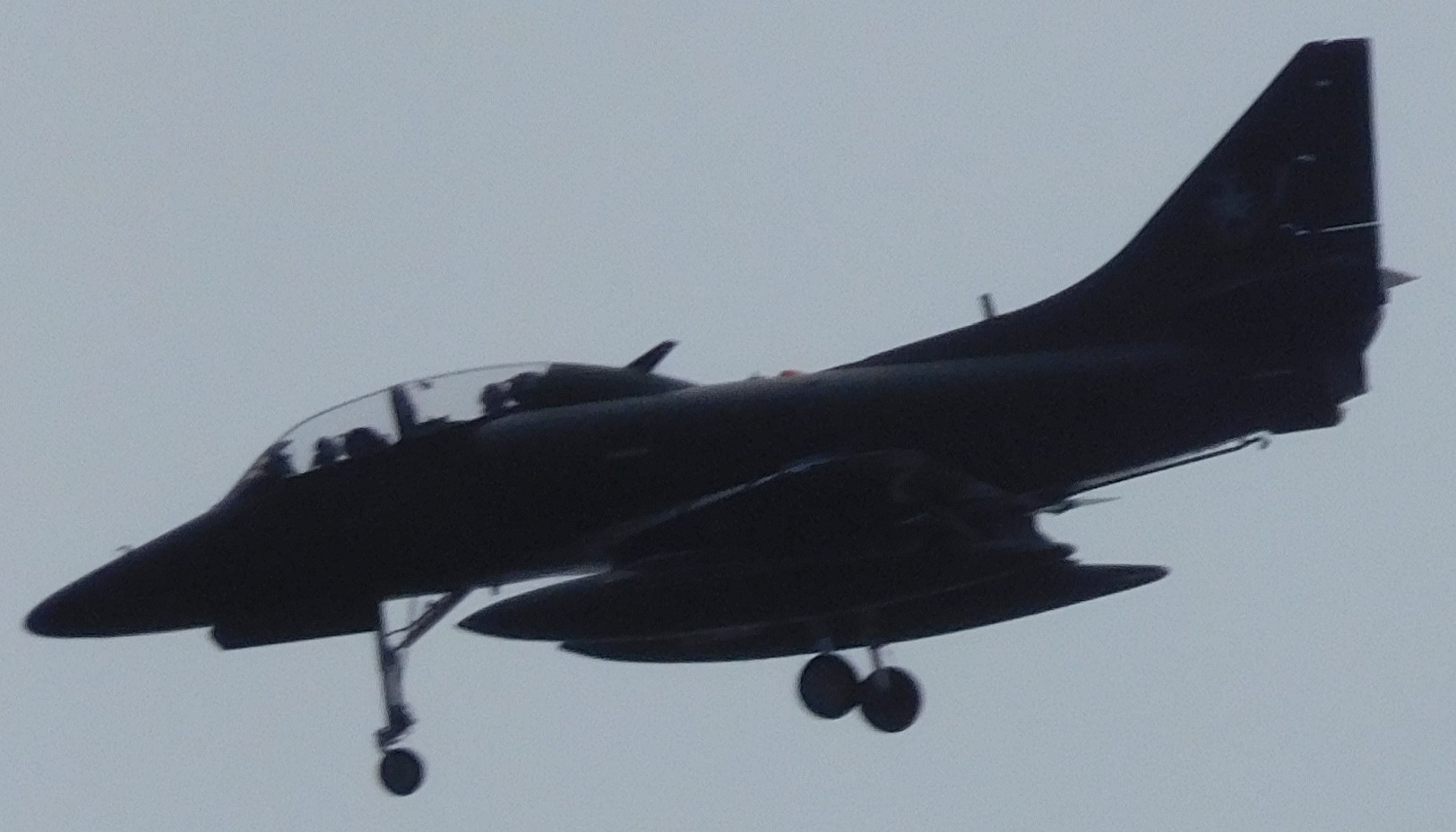 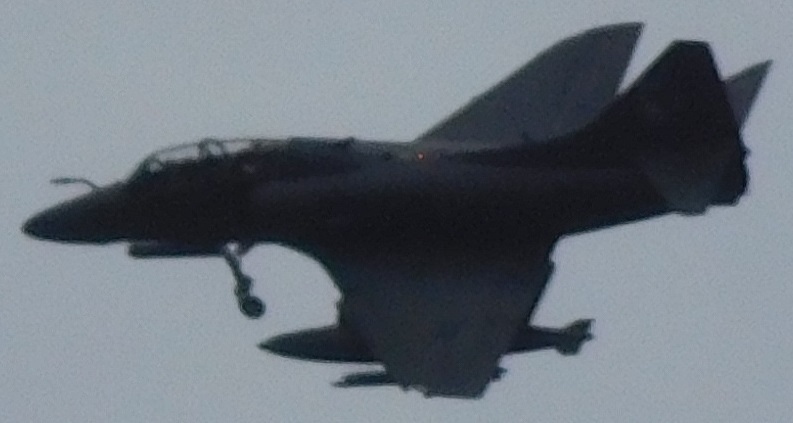 There are three features I've noticed which set it apart from the A-4 variants I've found.

I appreciate any guidance you can provide. Thank you.

They are A-4 Skyhawks all right. They are operated by Draken International and provide adversary training for USAF (among others); here's a closeup photo of them.

Those are Draken International A-4K KAHU Skyhawks, based of of Lakeland regional airport. They have 8 or 9 of them, unfortunately, one was lost last year outside Las Vegas. They are former Royal New Zealand Air Force strike fighters.

These are not your typical A-4 Skyhawk - they are true wolves in sheep's clothing. They have the HOTAS, MFD, radar, and war computers of an F-16 Falcon. Project KAHU was undertaken in late 1980's to early 1990's. All of New Zealand's Skyhawks had their air frames zeroed and then brought into a generation 3+ strike/fighter, almost a 4 a few weapons shy. However with a software upgrade they could have carried the AIM-120 BVR air-to-air missile. But she could carry all the other air to air or mud moving gear of the F-16.

The ones with a hump and tail extension were acquired from another contractor that was bought out by Draken. Those are H models from the IDF. 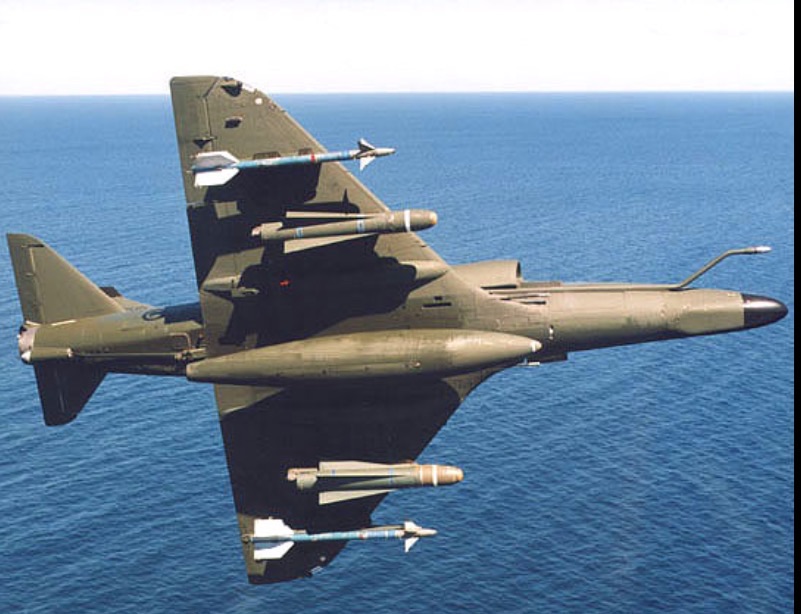 A-4K Showing the underside, with some Sidewinder and Maverick missiles. 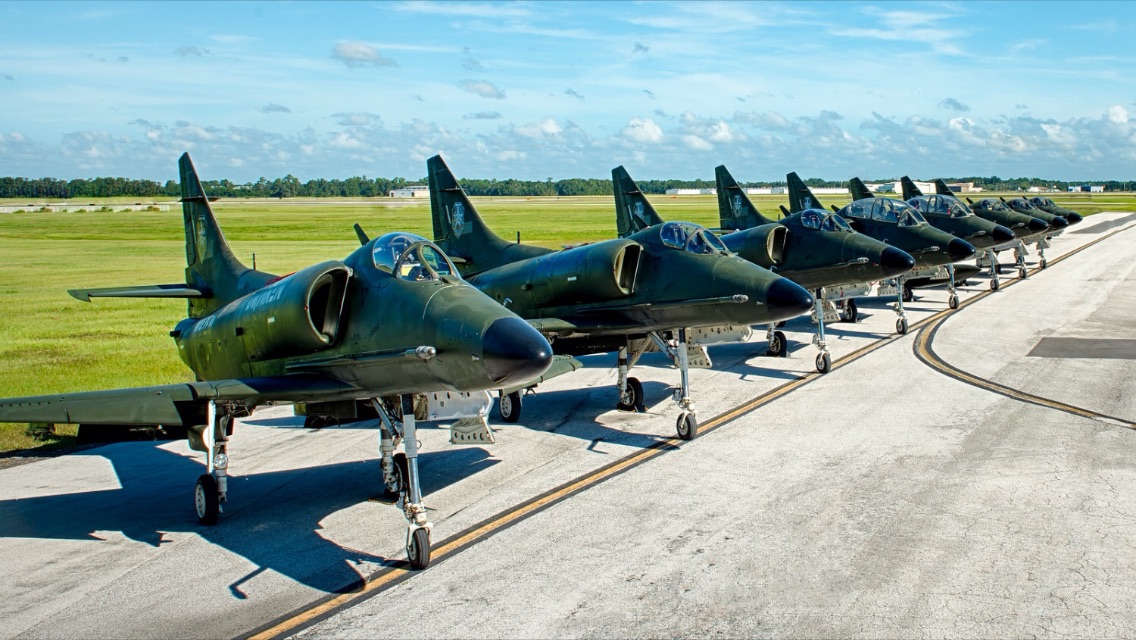 All the assembled A-4Ks and TA-4Ks one T-Bird was lost. 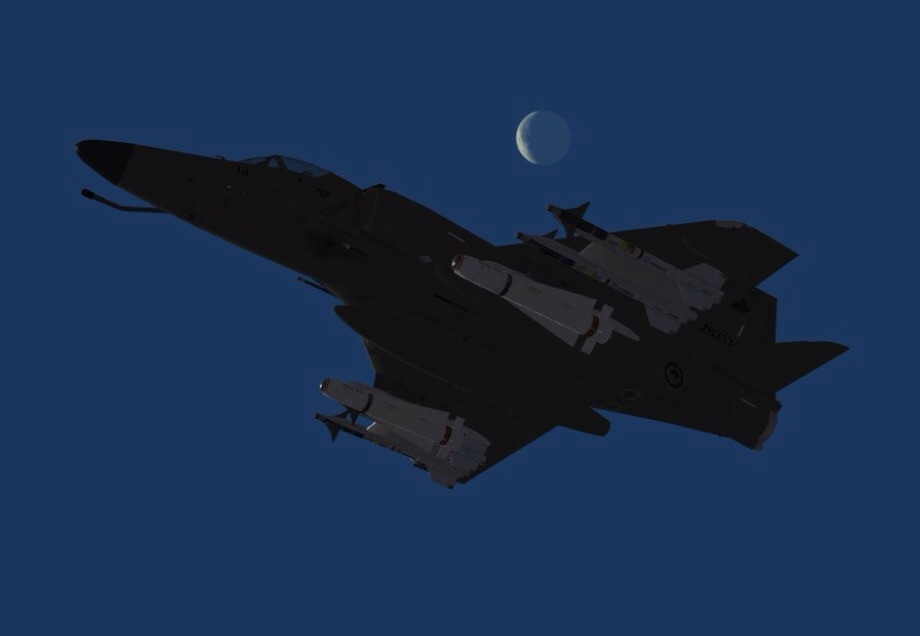 A-4 Skyhawk over Christchurch, NZ

It's the two-seat training version of the Skyhawk. You can see this in the photo: there are two pilots seated in tandem.

According to the A4 Skyhawk Association, there were several two seat models built:

The ones shown above are probably the US version.

stackex555stackex555
65533 silver badges1313 bronze badges
$\endgroup$
add a comment  |
1
$\begingroup$
Want to improve this post? Provide detailed answers to this question, including citations and an explanation of why your answer is correct. Answers without enough detail may be edited or deleted.

Not the answer you're looking for? Browse other questions tagged aircraft-identification douglas-a-4-skyhawk or ask your own question.