What type of flow is preferable for jet engines?

I would like to know how laminar/turbulent flow affects engine performance. Any additional thoughts on the topic, even if not strictly related to the main question, are welcomed.

The noise within the engine will make all flow turbulent. There is not much liberty for the engine designer to choose the type of boundary layer.

Generally, a laminar boundary layer is preferable as long as the flow is accelerated, because viscous drag will be lower, and a turbulent one is better when it is decelerated, so separation can be delayed.

Outside of boundary layer phenomena, turbulence is helpful for keeping the combustion process going in the combustor and especially in the afterburner. Ahead of the combustor all engines have a diffusor to slow down the compressed air, so it has time to mix with the fuel and burn as much of it as possible. Note that the diffusor only slows down the axial movement of the air, so radial velocities will not be affected and be relatively larger relative to the axial flow at the entry of the combustion chamber. This makes the flow more turbulent, which is helpful for better fuel-air mixing.

In the afterburner, flame holders are needed to produce pockets of slow-moving, hot gas which can ignite the fuel-air mixture. Again, they cause more turbulence. 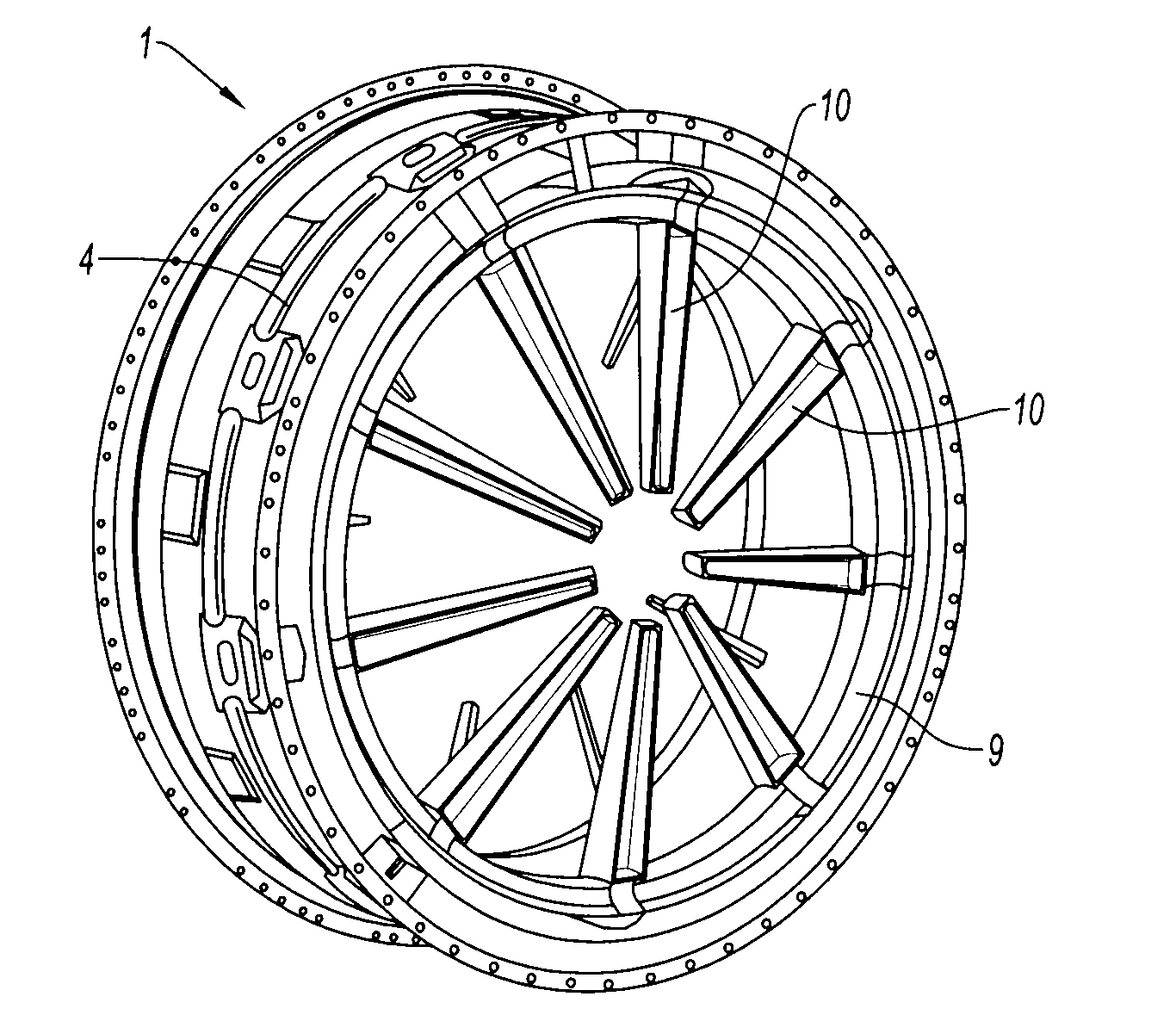 At the nozzle, turbulent mixing of the hot core flow and the bypass flow reduces noise. Engine nozzles use a variety of means to speed up the mixing process.

Not the answer you're looking for? Browse other questions tagged jet-engine aircraft-performance inlet or ask your own question.

24
Could most commercial jet engines today run on ethanol without any problems?
18
How does a jet engine handle suddenly entering a lot of rain?
8
Why are contra-rotating jet engines so rare?
3
Is tungsten a good metal for jet engines, besides the weight penalty?
0
How do I estimate how much air flows through the intake due to engine suction?
7
Can the mass flow rate for different power settings be determined?
9
Is engine sync to avoid beat frequencies also a concern for jet engines?
1
Considering a piston engined aircraft, what resistance pressure would be generated within its engine bay against its cooling intake?
12
Can I simply use multiple turbojet engines to fly supersonic?