What is the force exerted by the catapult on aircraft carriers?

On aircraft carriers there is a catapult that slingshots aircraft so that they can gain lift on the short carrier deck.

I have a few related questions - the first is what is the force exerted / required by the catapult to sufficiently accelerate the aircraft; and is it adjusted per aircraft type or a uniform value?

I imagine carrier takeoffs/landing cause additional stress on the aircraft; but does it have a dramatic effect on the lifetime of the aircraft vs. their non-carrier configured twins? Or is it compensated for by a more frequent maintenance schedule?

Steam/power settings are adjusted for each a/c type and T/O weight.

Current steam catapults deliver up to 95 MJ over 94 m. Each shot consumes up to 614 kg of steam piped from the reactor (NB: not the primary coolant loop). That averages out to 230,000 lbf.

Landings are stressful (notice the fuselage skin wrinkling beneath the radome on this Hawkeye): 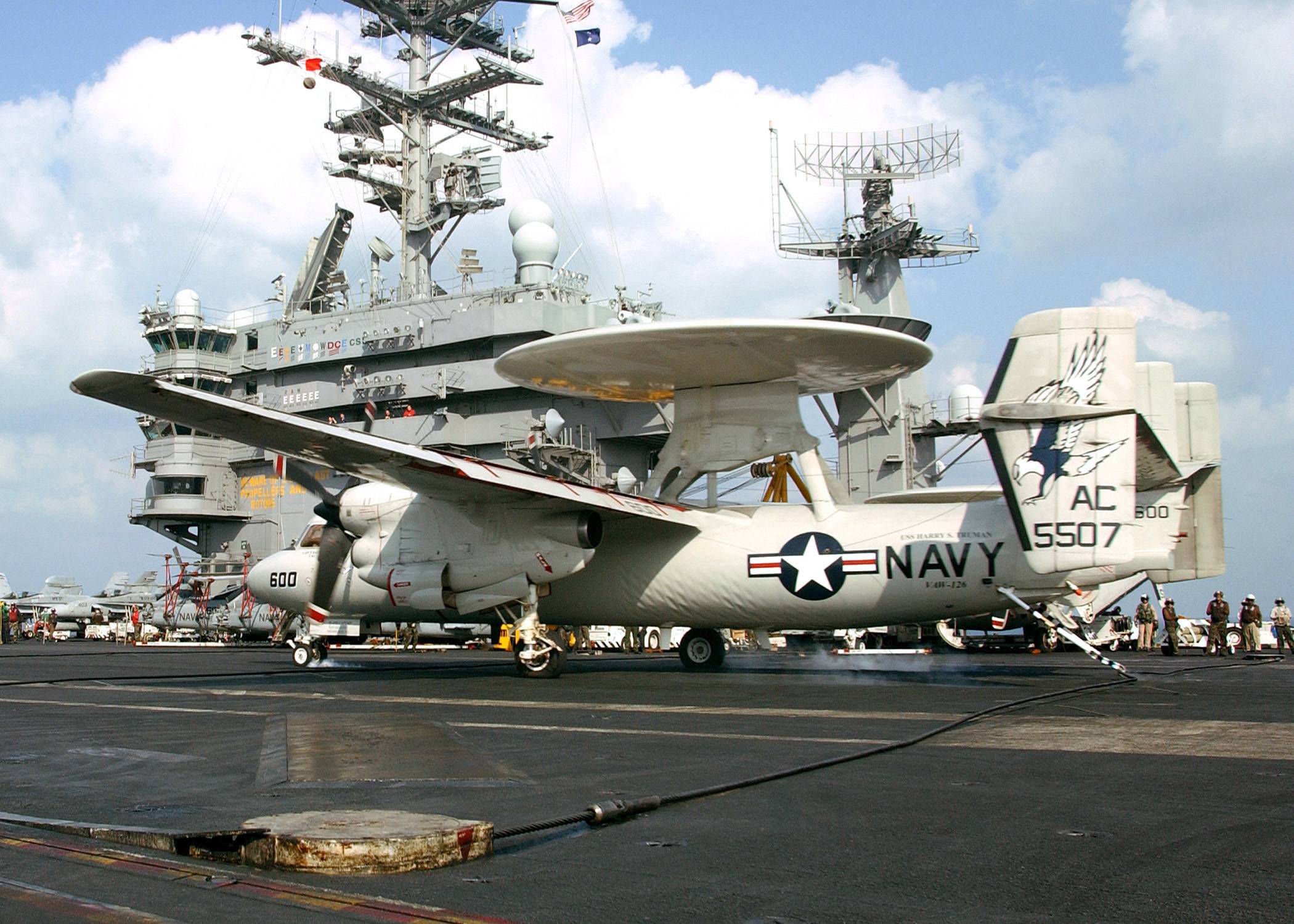 The fuselage and landing gear are much stronger to withstand carrier landings and launches. The nose gear regularly transfers 4x the takeoff weight of the a/c into the rest of the fuselage. 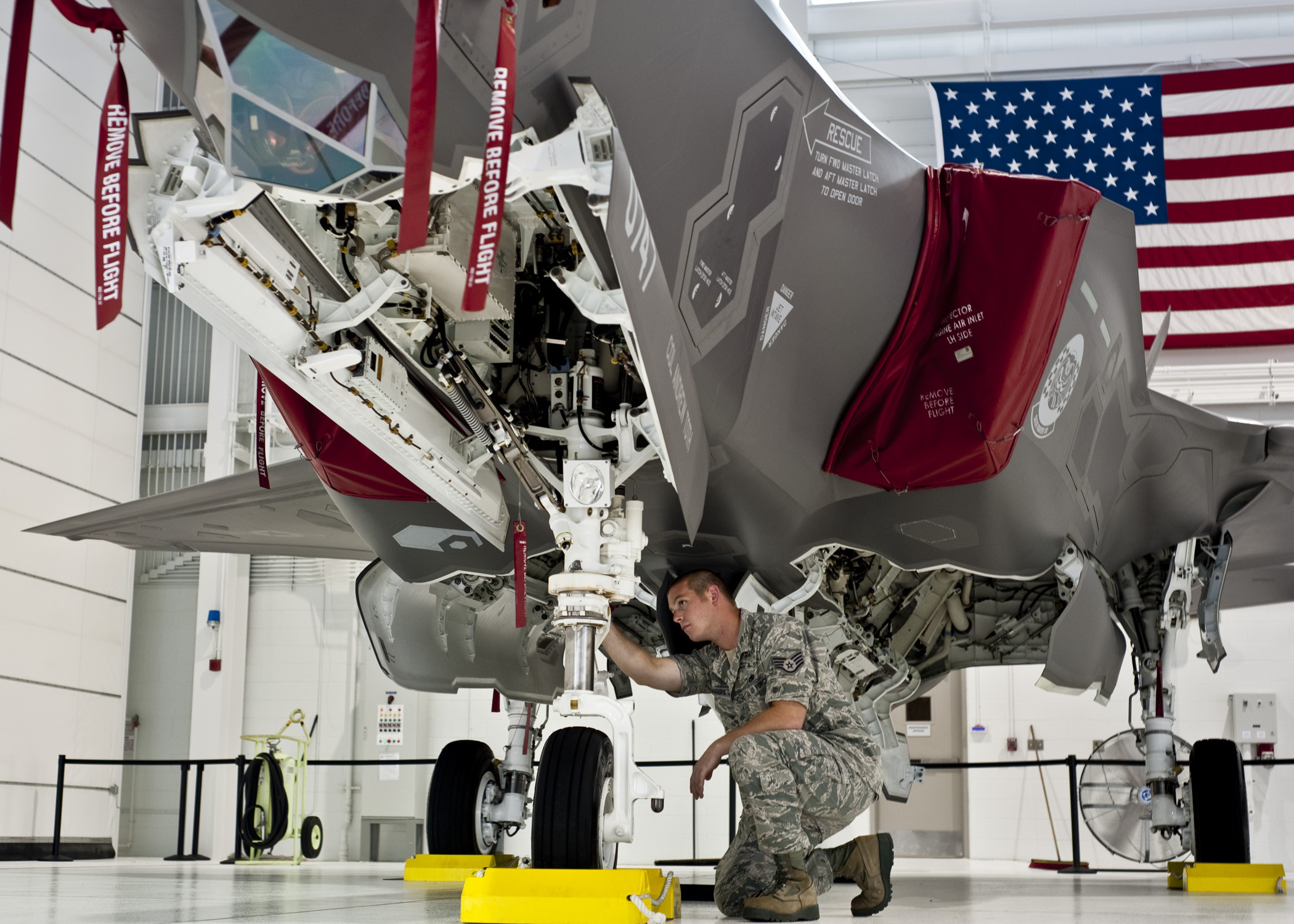 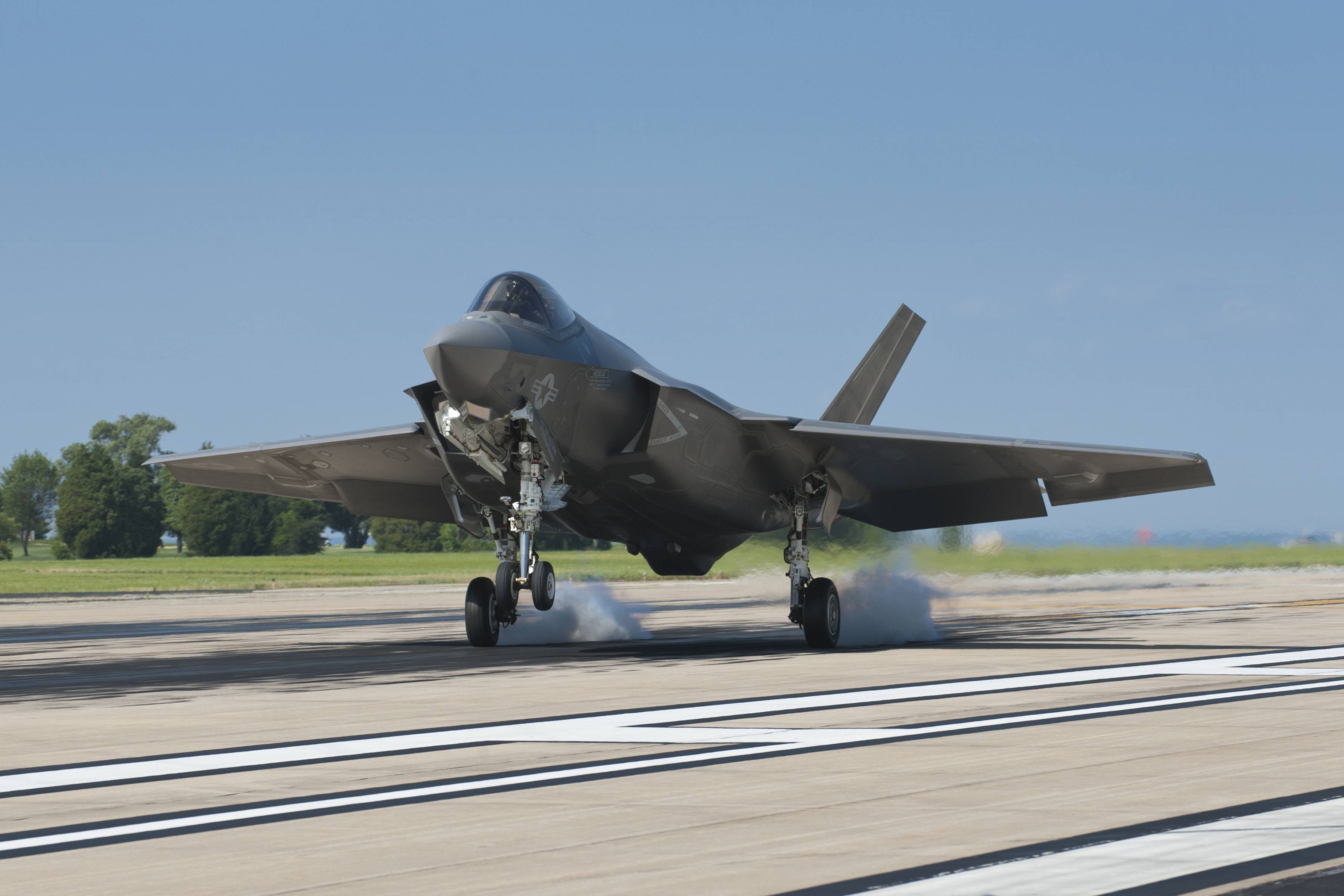 Here's an excerpt from a Naval Air Warfare Center paper on EMALS:

Other drawbacks to the steam catapult include a high volume of 1133 m3 , and a weight of 486 metric tons. Most of this is top-side weight that adversely impacts the ship's stability and righting moment. The large volume allocated to the steam catapult occupies "prime" real estate on the carrier. The steam catapults are also highly maintenance intensive, inefficient (4-6%), and their availability is low. Another major disadvantage is the present operational energy limit of the steam catapult, approximately 95 MJ. The need for higher payload energies will push the steam catapult to be a bigger, bulkier, and more complex system.

At max speed, the output of one of the disk alternators would be 81.6 MW into a matched load... These magnets have a residual induction of 1.05 T at 40 oC and create an average working air gap flux density of 0.976 T, with tooth flux densities approaching 1.7 T... Maximum output voltage is 1700 V (L-L) peak and current is 6400 A peak per phase. The disk alternator's overall efficiency is 89.3%, with total losses of 127 KW per alternator. This heat transfers out of the disk alternator through a cold plate on the outside of each stator. The coolant is a WEG mixture with a flow rate of 151 liters/minute. The average temperature of the copper is 84oC, while the back iron temperature is 61oC.

The force applied by the steam catapult is adjusted according to the aircraft T/O weight (by extension, the type). The catapult has to accelerate the aicraft to some airspeed at the end of the launch procedure. This required force depends on the aircraft mass. From USN T-45 Flight training instruction:

Aircrew should pay particular attention to the A-sheet’s basic weight, fuel and store loads to ensure the gross weight calculation is correct. This is particularly important when launching from the boat because the catapult needs to be set correctly.... Taxiing up to the catapult, a green shirt will hold up the weight board. If the weight on the board matches the weight on the weight chit, acknowledge ...

In case of steam catapults, the force, once set, is fixed; one advantage given for the Electromagnetic Aircraft Launch System (EMALS) is that the force could be adjusted by the system to keep the speed near the requirement. From airspacemag:

The amount of steam needed to launch an airplane depends on the craft’s weight, and once a launch has begun, adjustments cannot be made:... The launch control system for electromagnetic catapults, on the other hand, will know what speed an aircraft should have at any point during the launch sequence, and can make adjustments during the process to ensure that an aircraft will be within 3 mph of the desired takeoff speed.

Carrier launches and recovery is one of the most stressful things the aircraft can undergo; however, the aircraft are designed to handle these, for example, via a strengthened landing gear and fuselage. Due to these, carrier aircraft have lifetimes comparable to that of land based aircraft.

Carrier (in general, naval) environment is hostile to aircraft and as such, the maintenance schedule is different (and more extensive, for example checks for corrosion) in case of aircraft.

Catapults powered by steam from the carrier's engines, the amount of pressure is set per aircraft according to its weight and how fast it needs to be at the end of the deck. If too little steam power is set the airplane will not get up to speed and will end up in the ocean, too much and the airplane can be damaged by the excess force.

Carrier aircraft have to be much tougher than their non-carrier cousins, and have to be specially designed for those kinds of operations. The whole structure has to be strong enough for repeated carrier landings and takeoffs, and also it has to be able to fit on the elevator, so have folding wings of some sort. They are generally so well built that they last as long as their non-carrier counterparts.

Not the answer you're looking for? Browse other questions tagged military aircraft-performance aircraft-carrier or ask your own question.

15
Why do naval jet aircraft need to have strengthened undercarriages?
39
What is the guy in green showing to the F/A-18E pilot before catapult launch?
8
Can carrier-based aircraft takeoff while the carrier is stationary?