Can passenger movement in an airliner make it stall?

This question shows a couple of air hostesses dancing during mid-flight and the co-pilot came out of the cabin to record it.

This made me wonder: Can flight crew or passengers moving around in flight cause the airplane to stall?

I used to teach sport parachuting, and we occasionally pranked the pilots by shifting the weight around.

A Cessna 206 set up for parachuting will have all but the pilot's seat removed, the jumpers sit on the floor. Everyone moves forward for takeoff and then sits back for the ride up. The instructor (me) sits on the floor where the co-pilot would normally be, facing aft, everyone else faces forward. I would wait until the plane was trimmed for climb (and well above 1000 feet) and then motion the passengers to come forward a bit (the pilot cannot see this happen). He adjusts trim as usual, thinking nothing of it. Passengers come forward some more. Trim adjusted again. Eventually we have 5 people wearing 20kg packs all jammed up into the first 2 "rows" and the trim almost fully nose up.

One signal, and 1/3 of the airplane's gross weight quickly moves almost 2 meters aft (in a 4 meter cabin), followed by a sharp pitch up in both the nose and the pilot's blood pressure. The stall alarm usually goes off too.

Mid-size tailgate aircraft used for jumping are regularly stalled by too many people on the tailgate for too long. The rule there is stay forward until it's your turn, then go aft and get out (if the buzzer goes, you get out NOW).

So it's possible to stall a small aircraft by moving the passengers around.

Scaling this up to airline sizes, we find that the passengers are a rather smaller percentage of the airplane's gross weight, and the presence of things like seats, bulkheads and galleys at the rear prevent 300 people from gathering rapidly at the back. The rather large hydraulically powered elevator also has substantial authority over the aircraft's attitude.

So no, a small group of passengers won't be stalling an airliner out of the sky no matter where they stand. Noticed by the pilots: possibly.

Passengers moving around in an aircraft will have some effect on the balance (center of gravity) of that aircraft, but the proportion of weight for a few flight attendants or passengers moving around on a modern airliner is likely so small as to be negligible. It's not enough of a change to exceed the control authority of the aircraft and cause it to pitch up enough to stall (unless as mah notes you have a substantial number of extremely heavy folks on board and they all stand right up against the aft bulkhead - and even then it's not likely).

I can't find the link to it, but I recall either reading about or hearing about a mostly-empty flight (I want to say on some kind of smaller multi-engine piston aircraft)in in which the half-dozen or so passengers (having had a few "adult beverages") decided to play a friendly prank on the pilots by slowly moving to the furthest aft seats, waiting there for a while, and then slowly moving back to the furthest forward seats.

As I recall the story the aircraft in question had no autopilot, so the pilots had to manually re-trim the aircraft after each round of seat changes. The end result ultimately being that the pilots announced that everyone had to pick a seat and stay in it, or the beer cooler would be locked for the remainder of the flight.

(As you can probably imagine there was no further need to re-trim due to unexpected CG changes following that announcement.)

There was a crash in the Congo that is presumed to be caused when a loose crocodile in the cabin sparked panic, and catastrophically shifted the balance of the aircraft. Not something you hear every day.

An aircraft stalls when it exceeds its critical angle of attack.

Unless the dancing flight attendants all gather aft, and are much heavier than any normal human could be (and even then), I think it's not possible for them (dancing, or being wall flowers) to modify the aircraft's angle of attack.

But only if the aircraft is already heavily laden and there is a large mass shifting all at the same time. In the case of parachutists on a bare floor with no restraints, yes of course.

This 747 took off from Bagram airfield in Afghanistan with five armoured vehicles and they are thought to have broken free and shifted aft during take off: 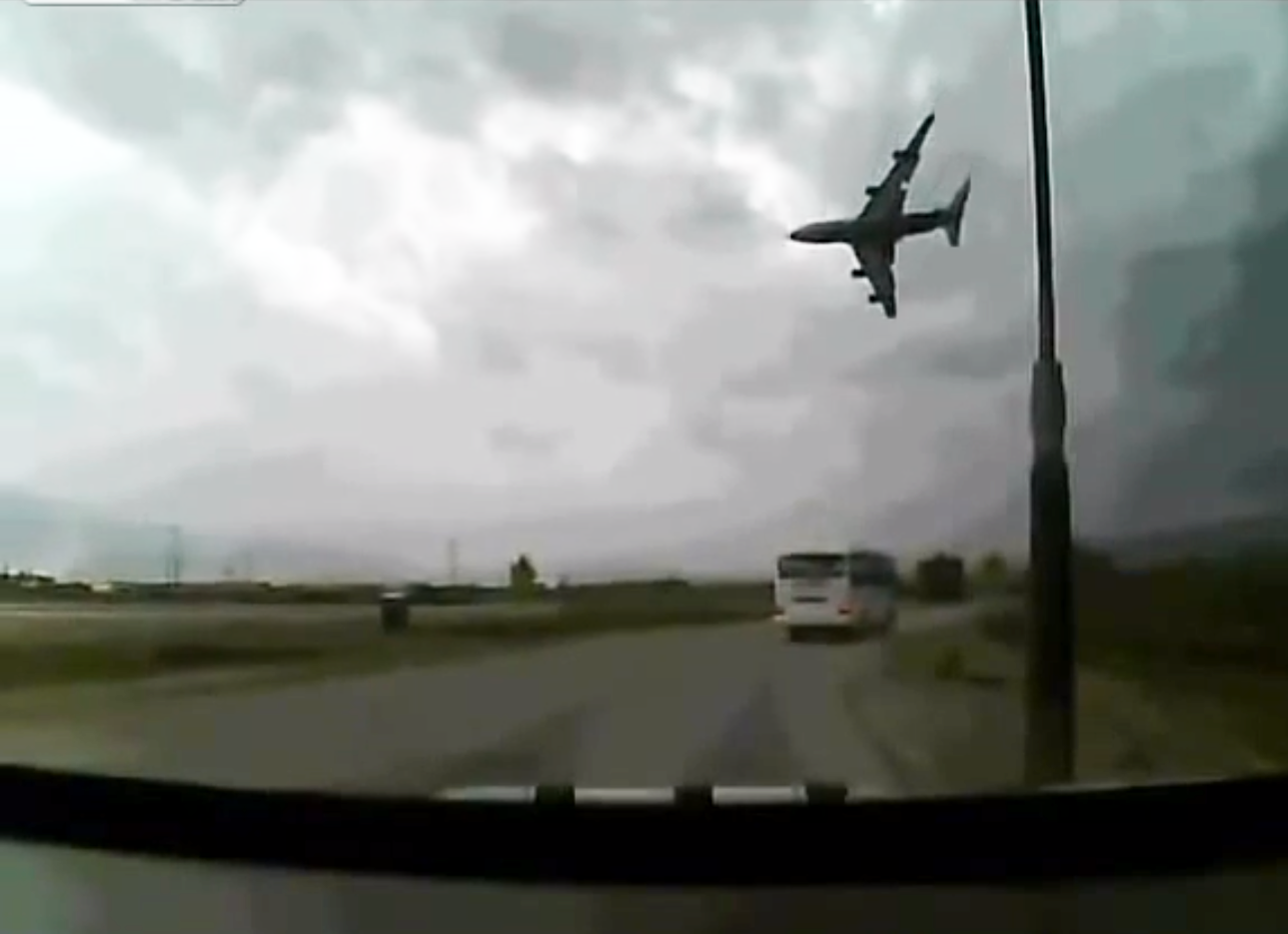 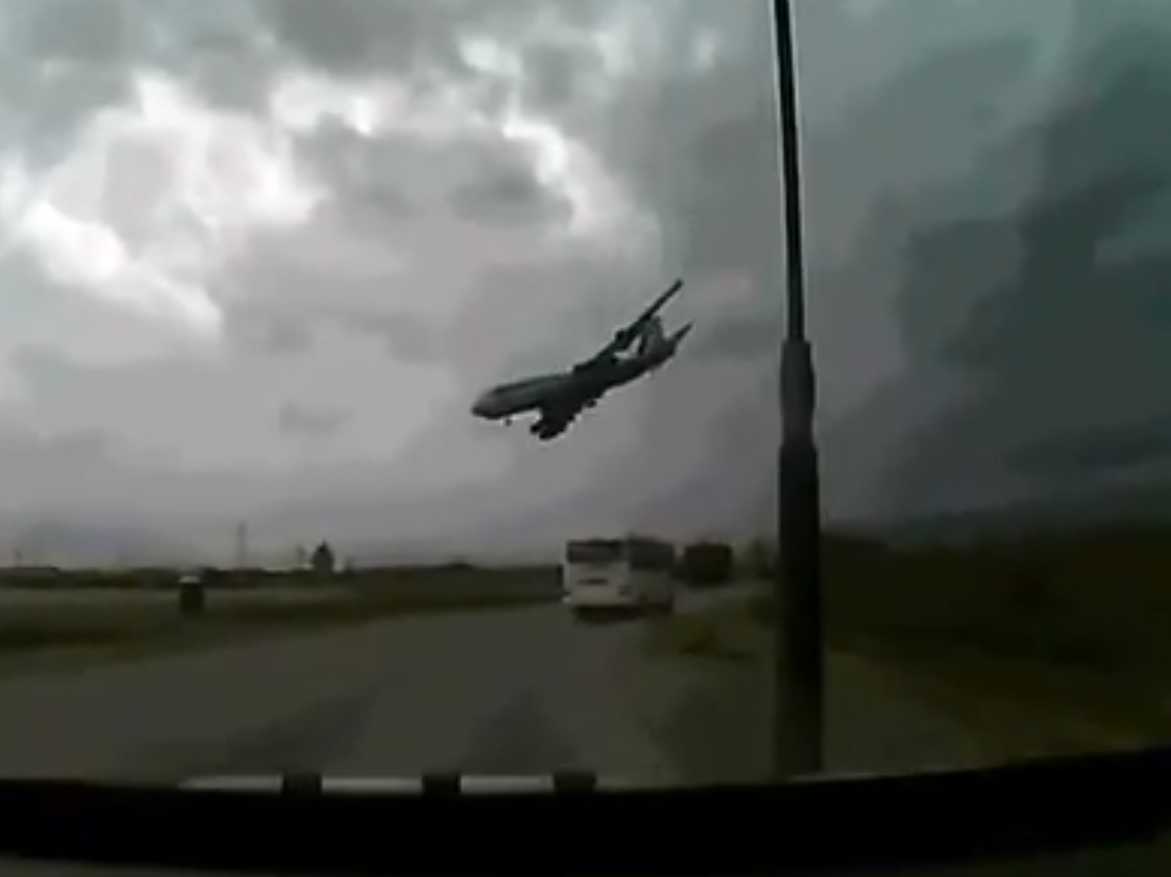 I think it's a very interesting question (related one here). Let's look at an extreme example:

For an airliner, if all pax and cabin crew move rapidly in a coordinated manner to the extreme aft or front, could they take the airplane out of CG limits? Make it uncontrollable? (So, not referring to small/medium aircraft, or a few pax moving randomly or to the lavatory, which obviously doesn't endanger the aircraft.)

I'd love to see a more thorough answer, idealiter with reference to a POH or Weight & Balance manual, but here's a shot for, say, an A320:

As far as I can tell, the A320 has CG limitation of (at most) 15% to 45% MAC (see e.g. here, p. 81), thus accommodating at most a 30% MAC shift. So, it seems to me that the answer is yes, coordinated pax movement could take an airliner out of its certified CG load. Whether it remains controllable, I don't know.

2
Could passengers on an airline flight create an out-of-CG situation by moving around the airplane?
1
If all passengers moved to the back, front or one side, would they crash the plane?
0
Can passenger weight shift cause a pitch shift in a commercial airliner?
13
What alternative methods are there for controlling a plane when flight control surfaces have failed?
16
Is a dancing crew dangerous?
4
If everybody jumps in an airliner, would the pilots notice?
2
How Centre of Gravity (CG) is adjusted?

26
How can one enter an airliner without stairs or a jet bridge?
16
Is a dancing crew dangerous?
7
Why do pilots' masks have more oxygen?
5
How can an airliner have low altitude stall recovery?
3
How does passenger unloading order prevent plane tipping?
2
Why isn't cabin air quality in airliners directly monitored with sensors?
2
Has a passenger or cabin crew member ever flown an airliner?
4
Do airlines staff extra crew members when disabled persons are check in?