How are fan and compressor discs balanced?

@curious-cat brought up an interesting question on another thread. How are the fan discs, compressor spools and turbines balanced on a jet engine. As they wear they surely get out of balance. Do they add weights as is done on your car tires? 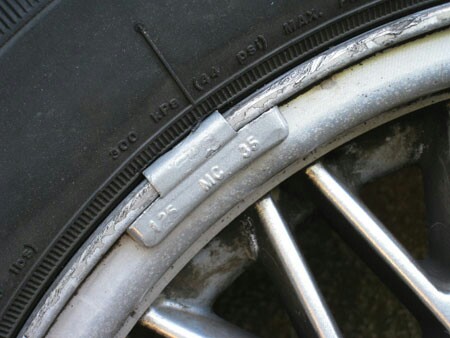 And what method do they use to determine where the balance point is? I'm imagining a giant version of this 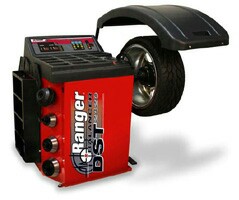 This article covers the issue (and is a pretty interesting read) but does not really explain how they do it. It just says

After machine balancing, the part can then be manipulated (mass added or removed) and retested on the machine until satisfactory balance tolerance is achieved.

In answer to this question,

And what method do they use to determine where the balance point is?

The device is pretty similar to that of a tire balance, here is a video of one in use and here is an interesting sales brochure for one.

As a 25 year gas turbine veteran across many different engines, including engine strip and assembly, it goes like this - The discs and blades are balanced independently to start with. The disc/hub arrives pre balanced, the technician then has to make a set of blades up with roughly similar weight. Each blade's weight is then inputted into a programme which spits out a plot of what blade is situated where on the disc. Once built the disc is then spun in a balance machine to make sure everything is in tolerance. Large fans are generally balanced on wing using test sets etc.

They don't 'wear' as such as they don't touch anything, picking up deposits, damaged and subsequently blended blades etc might put an out of balance component in there but that's about it. Unless catastrophic damage occurs they're generally in there until the life runs out.

Not the answer you're looking for? Browse other questions tagged jet-engine aircraft-maintenance turbine compressor or ask your own question.

8
Will manually removing nicks from compressor blades significantly affect the operation of the compressor?
5
What is 'blending' for a turbine blade?