What are these lines on the nose of a Boeing 737?

What are these lines on the radome? 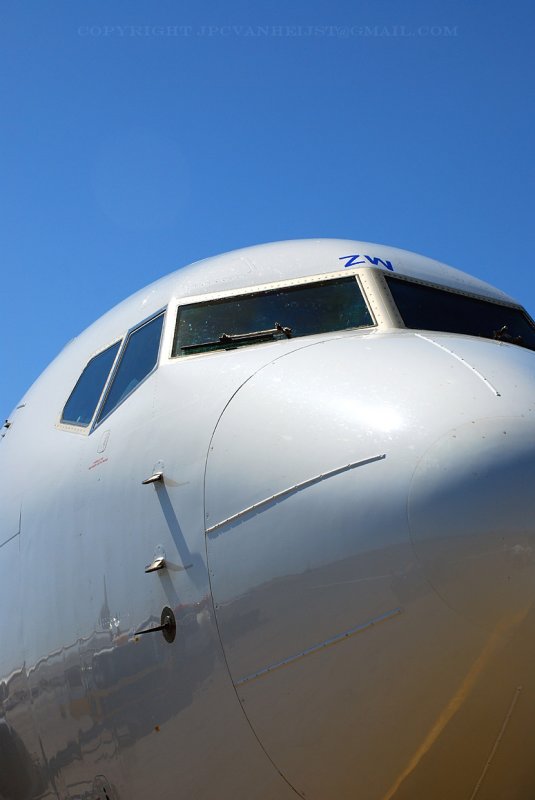 You can also see them here: 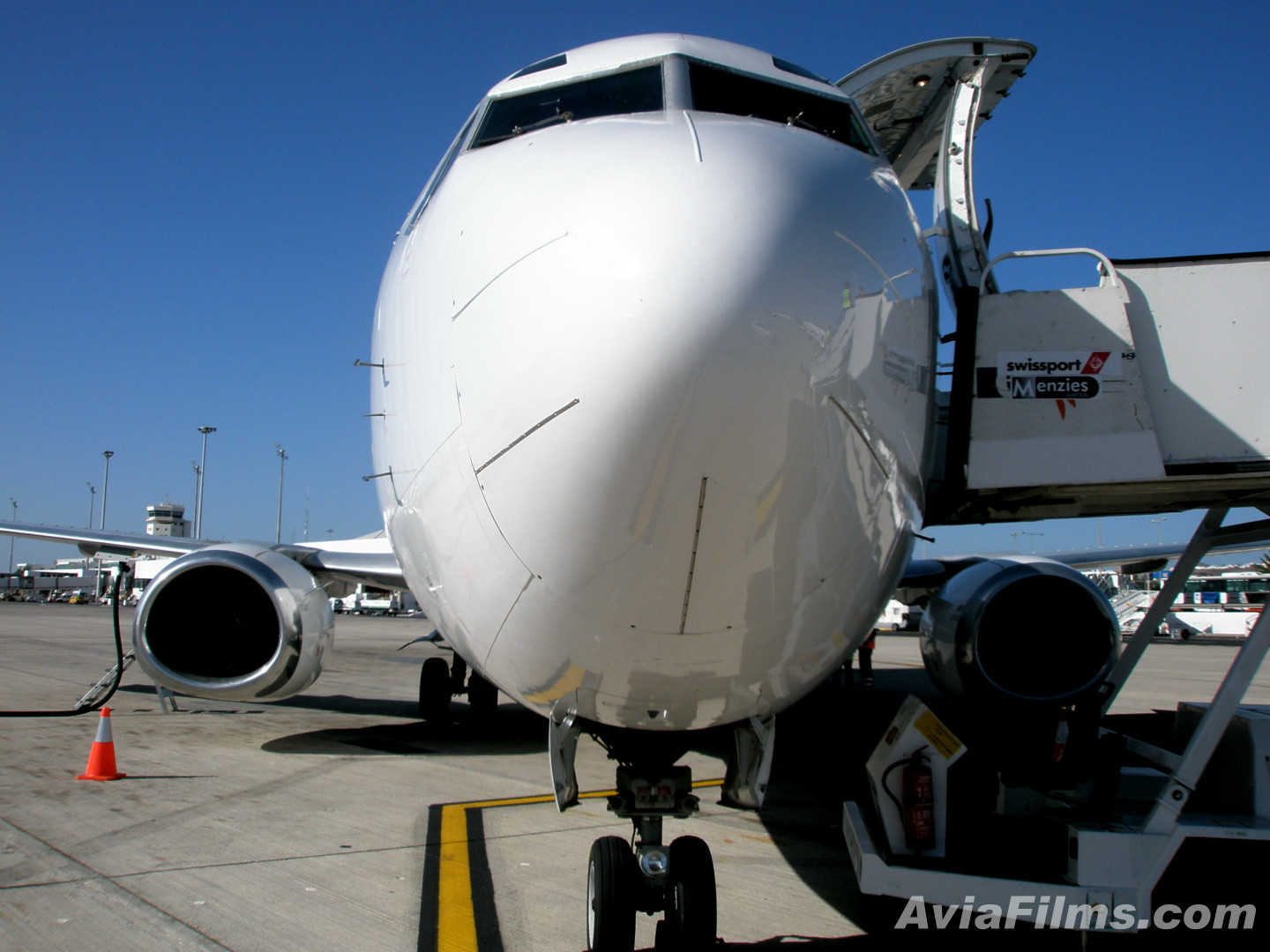 What are they and what is their function? Source: AviaFilms

Since radomes are generally built with composites, they do not transmit static electricity in the same way that aluminum skin would.

The radome (RAdar DOME) is an aerodynamic faring that houses the weather radar and ILS localiser and glideslope antennas. Unlike the rest of the fuselage it is made of fibreglass to allow the RF signals through.

Fibreglass is non-conductive which would allow the build up of P-static (static due to the motion of the aircraft through precipitation). This would in turn cause static interference on the antenna within so the radome is fitted with six conductive diverter strips on the outside to dissipate P-static into the airframe.

And from this article:

Here is a video that explains some of the principles of lighting diversion (note that the particular strips discussed may differ from those found on the B737). The diverter strips are discussed particularly starting here at 2:20:

The lines on the nose radome (radar dome) of airplanes are called segmented lightning diverter strips, and they're made by a few different companies, one of which is Weather Guard Lightning Tech

Electric charge builds up on the nose of the plane (on the radome) as makes contact with high-velocity particles in the air, which include rain, ice crystals and snow. This charge buildup creates streamers, which reach out into the air and, of course, are how lightning strikes originate.

The charge in clouds will being streaming down in a stepped leader, and will eventually meet and connect with the streamers on any object, which includes a plane.

So, the lightning diverters on a plane's nose are metallic, highly conductive strips that are where lightning streamers originate, so that if a strike occurs, the lightning energy is directed down the strip to the metal frame of the aircrafr rather than puncturing the composite and non-conductive radome. Lightning diverter strips save the equipment inside a radome from lightning damage, and the segmented button structure causes the lightning to jump from segment to segment in the air, thus creating less heat onto the radome surface itself. You'll find more info in this article as well: https://weatherguardaero.com/what-does-an-aircraft-lightning-diverter-do/

Not the answer you're looking for? Browse other questions tagged airliner boeing-737 feature-identification nose radome or ask your own question.