Can multiple helicopters be used to lift a heavy load?

If the load is heavier than a single helicopter could lift, how possible is to use multiple helicopters for this task?

I have only seen this in some movies. The biggest doubts are

In movies like "Pacific Rim" a whole swarm of helicopters lift a heavy robot. How realistic are these visions?

Yes, this is possible, as demonstrated in this video from almost 2 years ago:

This video on YouTube apparently shows that it has been done at least once. A rigid beam was used to counter the forces that would draw the two helicopters together. 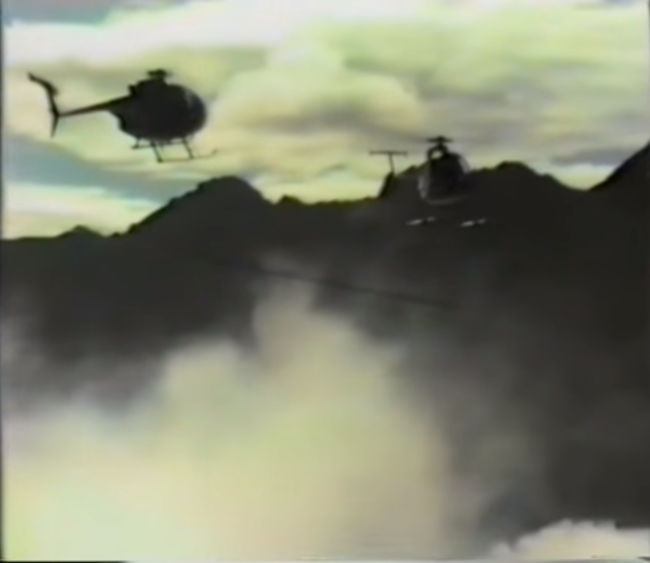 I also found this fascinating report (.PDF link) from Piasecki (now part of Boeing Defense, Space & Security) that studied the feasibility of attaching two CH-53D helicopters to each other, including interconnected powerplants and flight controls!

The Soviets tested this for very outsize cargo - spacecraft components.

The developers considered using a couple of Mil Mi-26 helicopters to "bundle" lift the Buran, but test flights with a mock-up showed how risky and impractical that was.

This site (cited in the quote above) goes into a little more detail:

The newly developed MI-26 helicopter of the weight-lifting capacity of 26 tons was offered for delivery by helicopter. According to this project, bulky cargoes of high mass (airframe and rocket bays) tied with cables had to be carried by 2 or 3 helicopters, and such ‘bundle’ had to move along the route, at the best fit height and flying speed. As the basis for such version the example of helicopters application for ‘crane’ operations was brought, but there was still no experience of flights ‘in bundles’.

Test flights with mock-up cargo having the configuration of a tank section of the rocket were carried out at LII. The tests revealed a complexity and risk of such kind of delivery. During one of the flights at a suddenly arisen weak turbulence of atmosphere, a ‘pendulous’ swing of cargo on the cables started which caused a disturbance of the helicopters flight stability, owing to what the crews were compelled to dump the cargo.

The natural way to lift something like this would seem to be seperate slings at the two ends, which would counteract the side force problem but at the cost of having the two helicopters very close. Three would complicate it even more!

Not the answer you're looking for? Browse other questions tagged helicopter payload or ask your own question.

10
What type of fuel is used in helicopters?
0
Are there any heavy lift jets (like Stargazer) with zoom climb (like Ye-66A MIG-21)?
6
Can helicopters perform the Split S maneuver?
9
Do helicopters carry radar equipment? Is so, where is it placed and what type is used?
4
Can you help me ID these two helicopters?
5
Has a small airplane ever been air launched from a heavy-lift helicopter?
0
Can helicopters have engines running while rotor blade stays stationary?