Why do Boeing aircraft have serrated engine nacelles, but Airbus does not?

Why do Boeing's new generation of jets (787, 747-8, 777X, 737MAX) have serrated engine nacelles whilst Airbus' latest (A350, A320neo etc) do not? I understand that Boeing's nacelles reduce turbulence and therefore noise. If this is the case, it would make sense for Airbus to utilise them as well, but it doesn't. So my question is, is this a patent thing or has Airbus found other ways to do the same thing?

It doesn't appear to be a patent thing. The main work on the chevron (shaped nozzles) was done by NASA. Every design decision in an aircraft is a compromise and this was no different. The addition of chevrons for noise suppression leads to a (small) increase in specific fuel consumption and Airbus considered it not worth it. Flightglobal quotes Dougie Hunter, A350 chief engineer as saying:

We didn’t get a noise advantage from chevrons, and there is a specific fuel consumption penalty, so we’ve not adopted them.

Airbus seems to have gone in the insulation and high bypass route for reducing noise. From the same article:

Goodrich is to build the engine nacelle for the A350’s GEnx engine, with Airbus supplying the composite inlet, which incorporates a “zero splice” acoustic inner barrel to provide a new level of fan-noise reduction.

As an example of the acoustic treatment of nacelle in A320 family, Airbus says:

The thrust reverser structure was acoustically treated along approximately half of its internal surface. It was clear that increasing this acoustic area would increase the acoustic sound absorption and hence decrease the overall measurable exhaust noise. The inner fixed structure was redesigned with increased acoustic area. In addition, the support struts and several fairings were also modified to include acoustic treatment. The result was an increase in the acoustic area of the thrust reverser by approximately 2 square meters (21.5 sq ft).

Airbus does use chevrons in some of the aircraft, like A321 along with nacelle acoustic improvements; however, the chevrons are available only in the inner (core) nozzle. The package is available as standard for CFM powered A321 aircraft and options are available for A320. The image below shows a A321 with chevron nozzles. 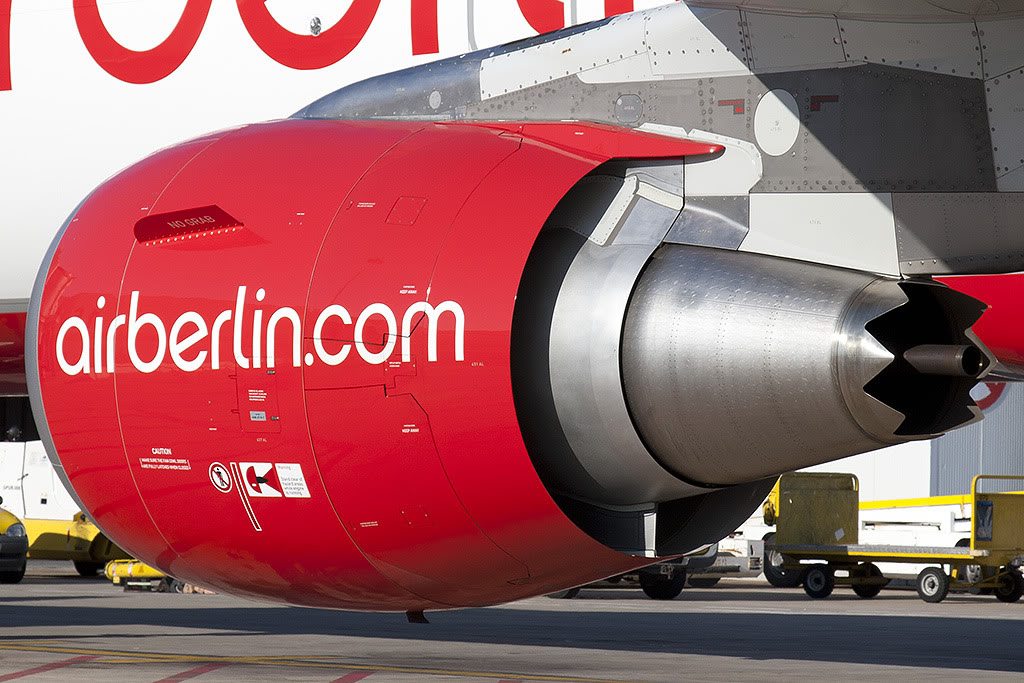 The noise reduction package is currently offered as the basic standard on all CFM powered Airbus A321 aircraft. It is also optional on all the other A320 Family aircraft.

Not the answer you're looking for? Browse other questions tagged aircraft-design boeing airbus nacelle or ask your own question.

64
Why does the Boeing 787 engine nacelle exhaust have such an unusual shape?
4
How turbercle wings could generate aerodynamic advantage?
0
Relationship Between Aircraft Thrust and Jet Exhaust Velocity?

51
What are the main differences piloting Boeing vs. Airbus aircraft?
50
Why are the Boeing 737 nacelles odd shaped?
16
Why does Boeing name its aircraft B7x7 and Airbus names theirs A3x0?
22
Why do Boeing and Airbus have distinctively different nose designs?
20
Are there any airliners not made by Airbus or Boeing?
17
How does envelope protection work in Airbus vs. Boeing aircraft?
7
Why do Airbus aircraft typically have less wing flex than Boeing aircraft?
1
How do Airbus and Boeing aircraft handle Dutch roll?
9
Why do the engine nacelles on the P2V Neptune extend so far back?