Why do delta-wings perform so well on paper airplanes?

Based on this question, it seems that delta-shaped wings do not perform well at low airspeeds. But why do paper airplanes, particularly the most well known one, fly well even though the airspeed they fly in is at most 15 knots on average?

Your interpretation of the answer to that question is a bit wrong.

The correct interpretation is delta wings are not fuel efficient. And this is true at low and high speeds.

There are advantages to delta wings at both high and low speeds. The following list are some of the known advantages:

The major disadvantage is that it is draggy. Thus not fuel efficient. Thus in a business world where profit and cost matters delta wings are not attractive.

For supersonic flights the drag is apparently roughly on par with swept wings. Except, as mentioned above, due to the geometry of the wing it can be built lighter thus save fuel - so it sort of cancels out.

For toy planes, where efficiency is not of great concern (fun and "cool" is more important) delta wings are OK.

Still, if you use the same sheet of paper and built a long, narrow, cambered wing like this: 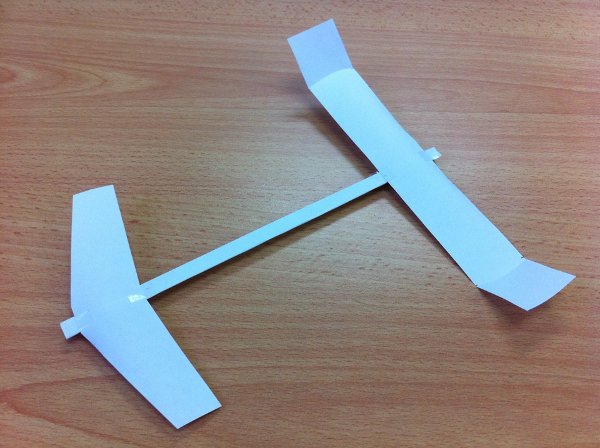 .. you'll find that the long narrow winged plane flies much further than the delta wing paper airplane given the same launch speed. 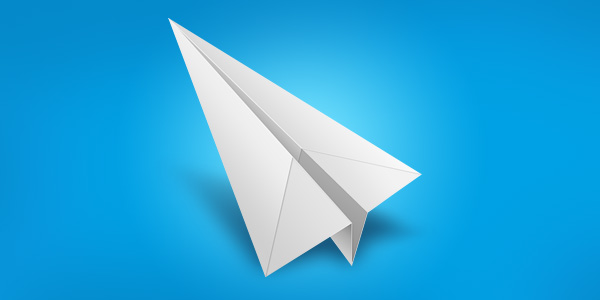 Delta wings have more friction drag, have difficulty in integrating high lift devices and have low AR etc. (as already noted in that question); however, most of these disadvantages are marginal when it comes to the paper aircraft. On the other hand, this kind of design offers some good advantages when you want it to just fly when thrown:

They don't perform well on paper airplanes as compared with custom engineered airplane's made from single or ply sheets of paper.

It's just that it's much easier to fold a sheet of paper into a delta wing shaped airplane; hence the reasons most paper airplane shoes have delta wings on them.

17
Why are delta wings not commonly used in commercial airliners?

22
How does a flying wing keep from going into a flat spin when maneuvering?
16
Do airplanes need wings?
17
Why are delta wings not commonly used in commercial airliners?
19
Why do all new European fighter jets have delta wings?
9
If no low-speed compromises were made, what would an ideal Mach-3 wing look like?
9
Can "a drone" damage the wing of "an aeroplane" to the extent it actually threatens its ability to fly?
4
Why were most of the first-generation-Learjet wing mods never approved for the Learjet 23?
1
Why aren't grid fins used as wings for low speed aircraft?