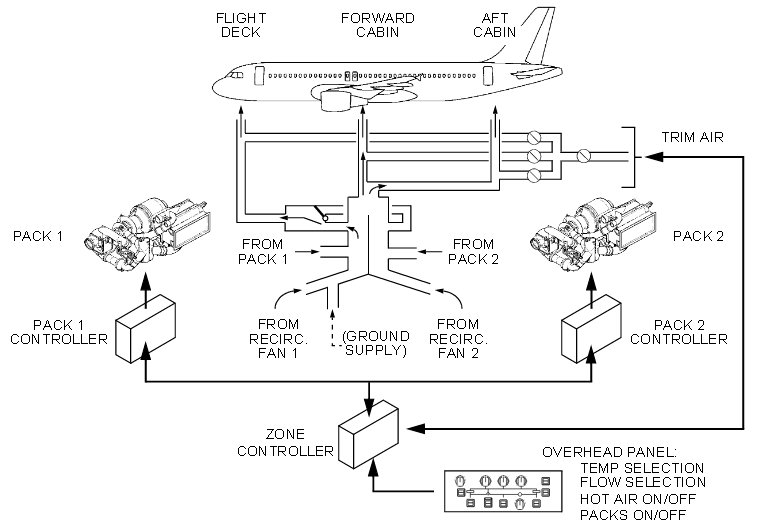 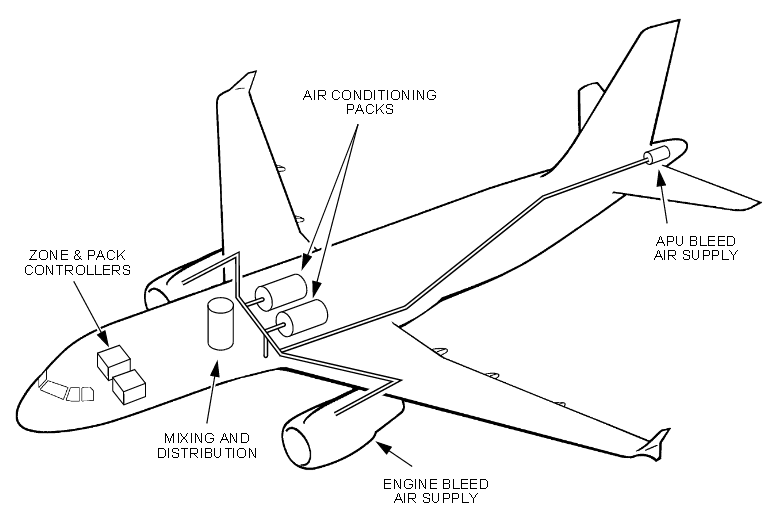 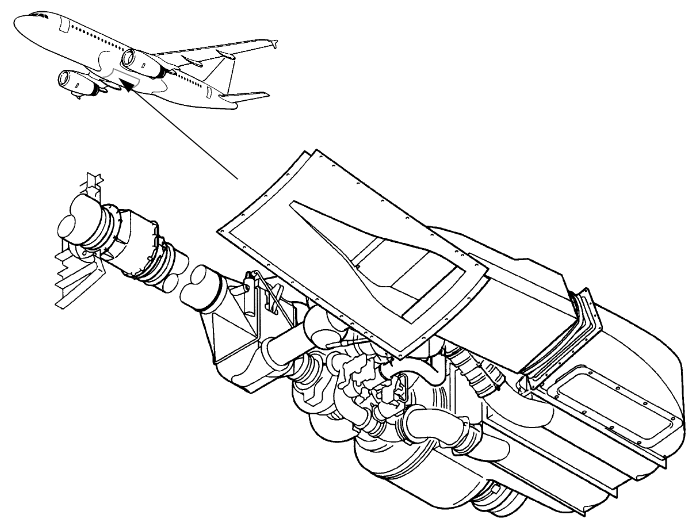 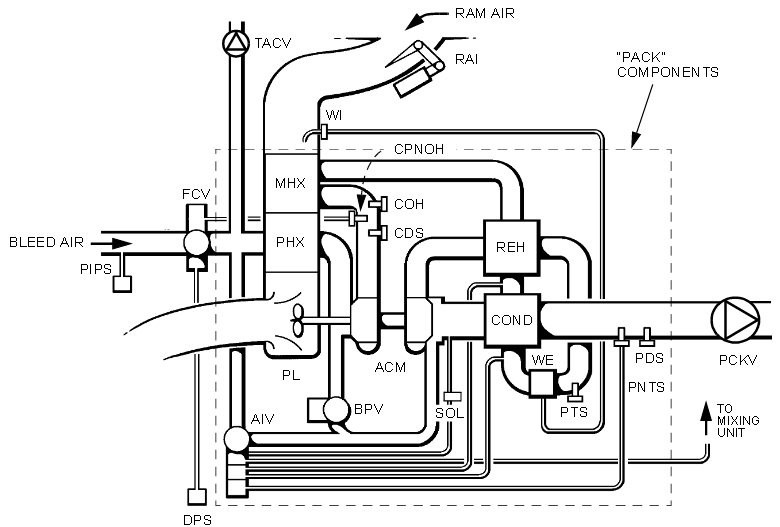 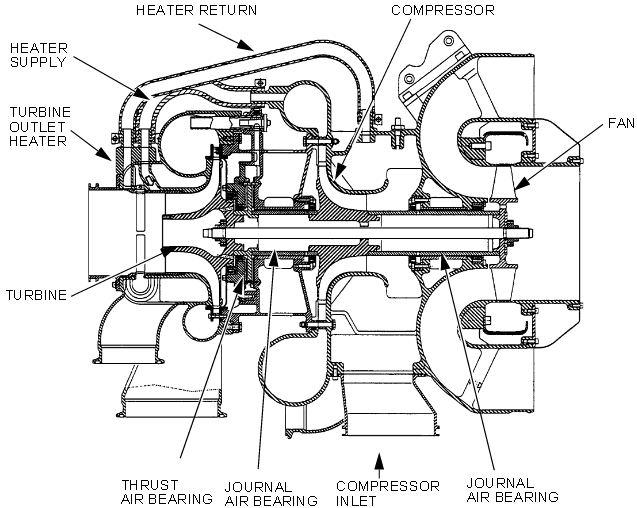 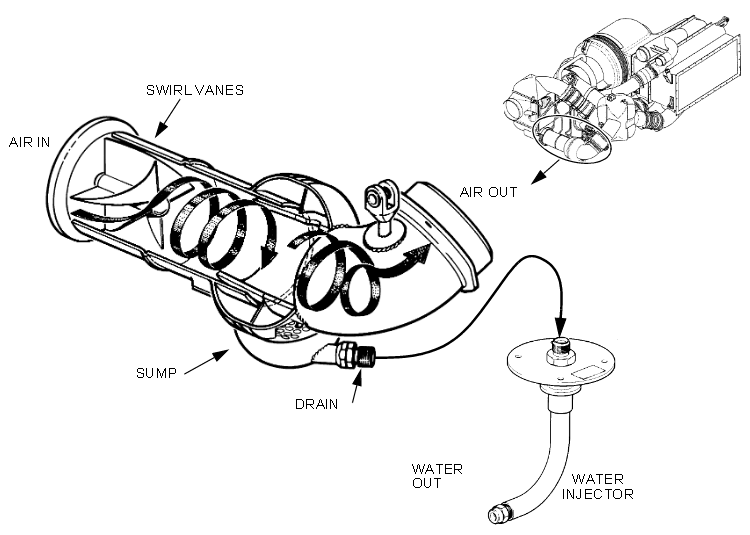 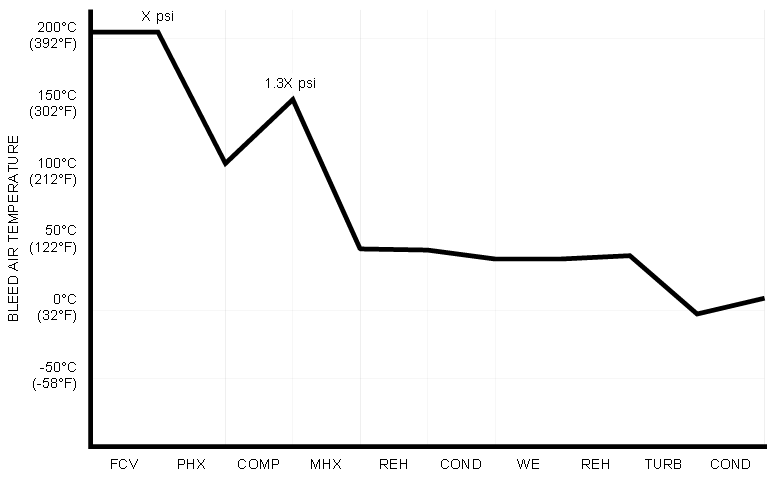 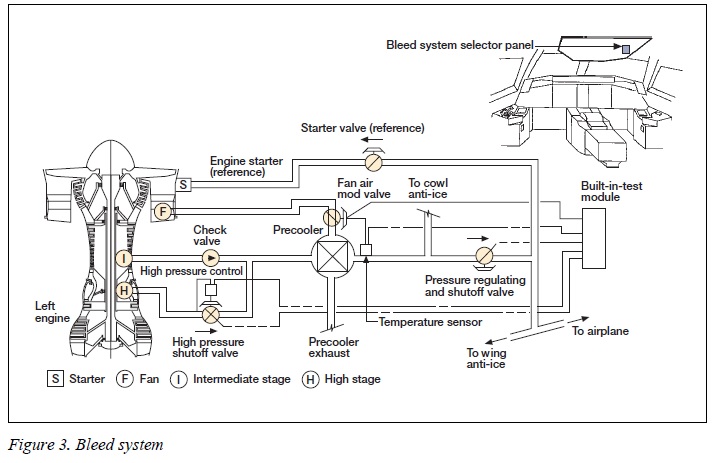 We recently had a NGS problem on a B-737. The fault was the air was too cold entering the system. Troubleshooting was accomplished and the pre-cooler valve on the engine supplying bleed air was stuck open. My question is, what effect, if any, would show up with the air conditioning system the bleed air is supplying>

0
What is the Hot Air Pressure Regulating valve and what's its purpose?
1
How do the air conditioning packs work for the CRJ 700/900?
25
What is this white smoke like thing, seen inside the cabin before takeoff?
30
Why is cabin pressure increased above ambient pressure on the ground?
15
What is this tube connected to a 757 for?
15
How do big planes like 737 manage fresh air for passengers during flight?
10
What are these elements on the back of a Boeing 737?
9
What are those in the belly of a 747?
6
Why doesn't condensation form on the inside of airliner windows?
3
Why is the temperature of the cabin so low during a flight?
See more linked questions

11
Why is the compressed air (from engine compressors) taken from High Pressure (HP) stage instead of Low Pressure (LP) stage?
13
Why is there a compressor in an air cycle machine?
32
Why do aircraft use hydraulics instead of pneumatics?
3
What exactly is a hot air pressure regulating valve, and what is its purpose?
6
How does bleed air maintain pressure for pressurization after being cooled?
9
Can the RAM AIR valve cause depressurization on the CRJ-900?
6
Is the air in aircraft cabin toxic?
13
Why does the P-3 Orion use an engine driven compressor instead of bleed air for pressurization?
4
How does a C208B's climate control system that utilizes bleed air for cabin heat work?