What are the differences between Cat I, Cat II, and Cat III as concerns aircraft requirements?

I understand that Cat I, II, and III ILS approaches have progressively smaller weather minimums. However, I am asking about the aircraft themselves. What are the differences between Cat levels as concerns aircraft equipment requirements and approvals?

The differences are in the demonstrated accuracy of the ILS or RNAV equipment. Not sure if the question can be properly answered without writing a book, but digging into the documents linked by Jonathan Walters I extracted the tables below. The document is very long and full of caveats, exceptions and specifics on testing requirements, etc. and frequently refers to parameters set forth in other documents. 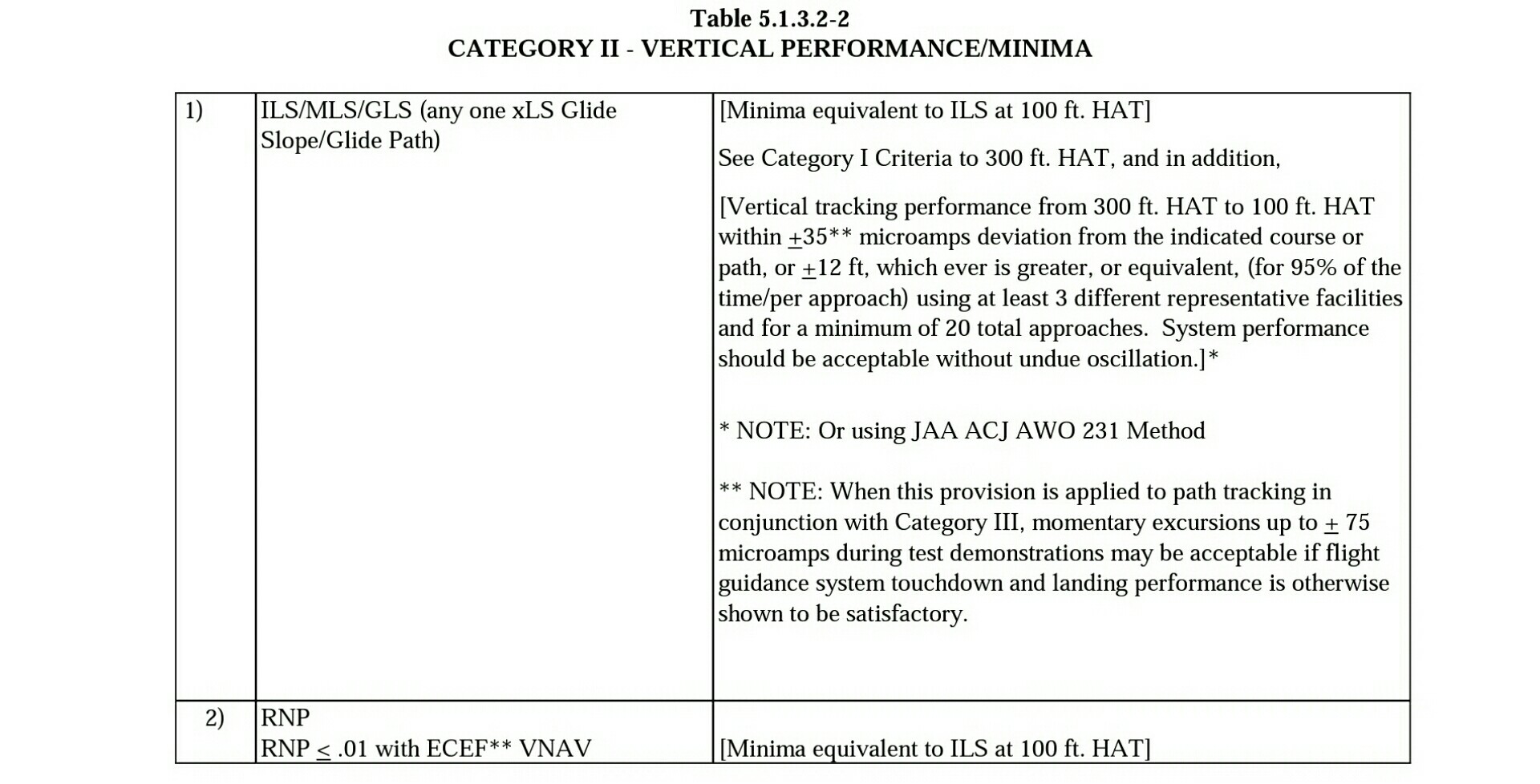 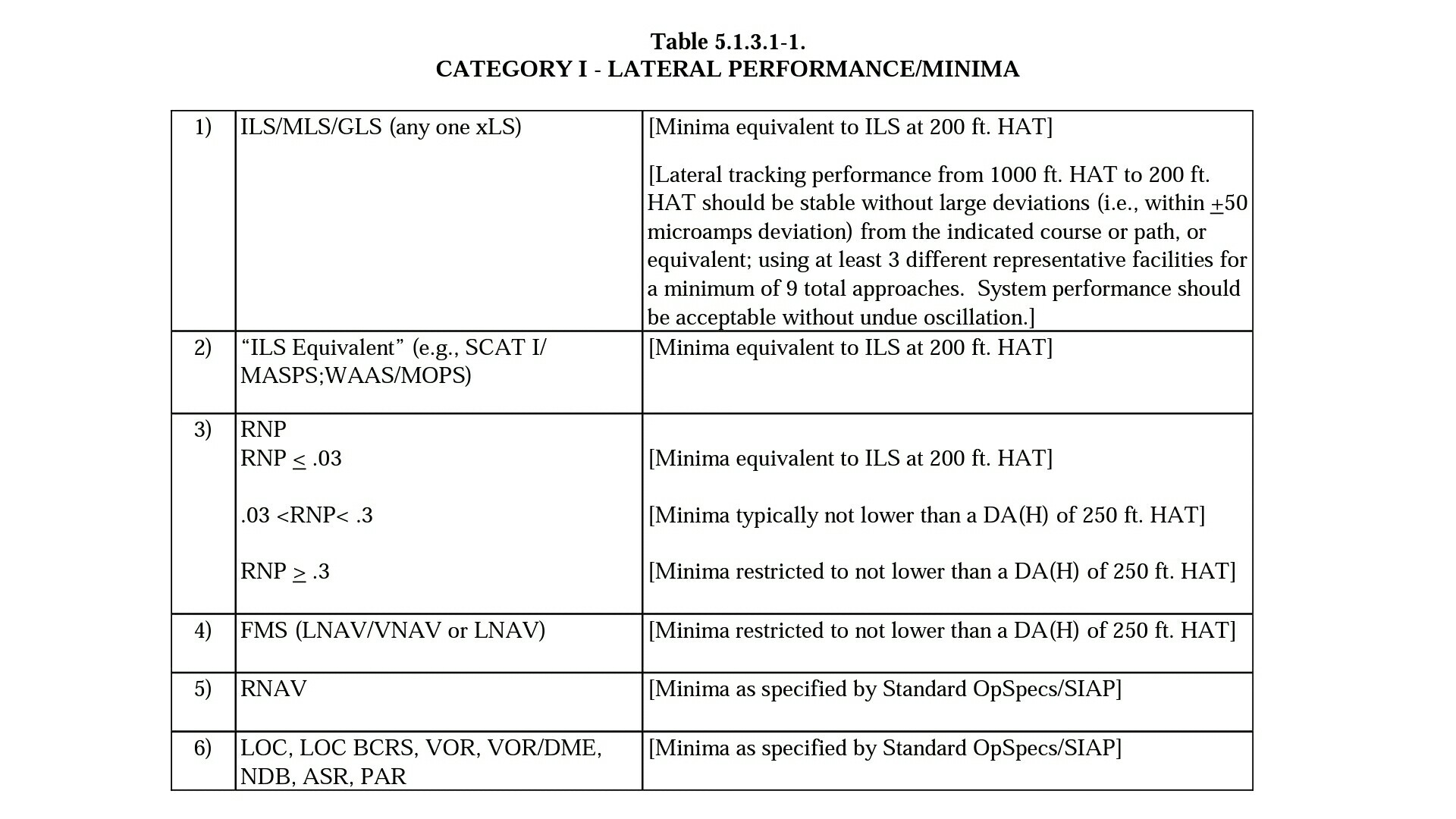 Landing System Performance. All types of low visibility landings systems, including automatic flight control, guidance for manual control, and hybrid, shall be demonstrated to achieve the performance accuracy with the probabilities prescribed in this section. The performance values may vary where justified by the characteristics of the airplane.

The performance criteria and probabilities are as follows:

19
What is different between a Cat IIIA, Cat IIIB, and Cat IIIC ILS approach?
4
What are the differences between each ILS category?

10
Why would the USAF have no support for autolanding?
19
What is different between a Cat IIIA, Cat IIIB, and Cat IIIC ILS approach?
10
Why haven't helicopter CAT III procedures ever been developed?
3
What are the lowest authorized minimums for each ILS category?
11
What is the purpose of having different ILS categories?
5
Why are the minima for Cat A higher than for other categories at KSEA ILS 16L?
4
What are the differences between each ILS category?
2
Can I do a CAT III ILS approach if minimums are above CAT I?