There is a hole on the belly fairing circled in yellow. I guess is an air intake but I tried searching some info and couldn't find anything. 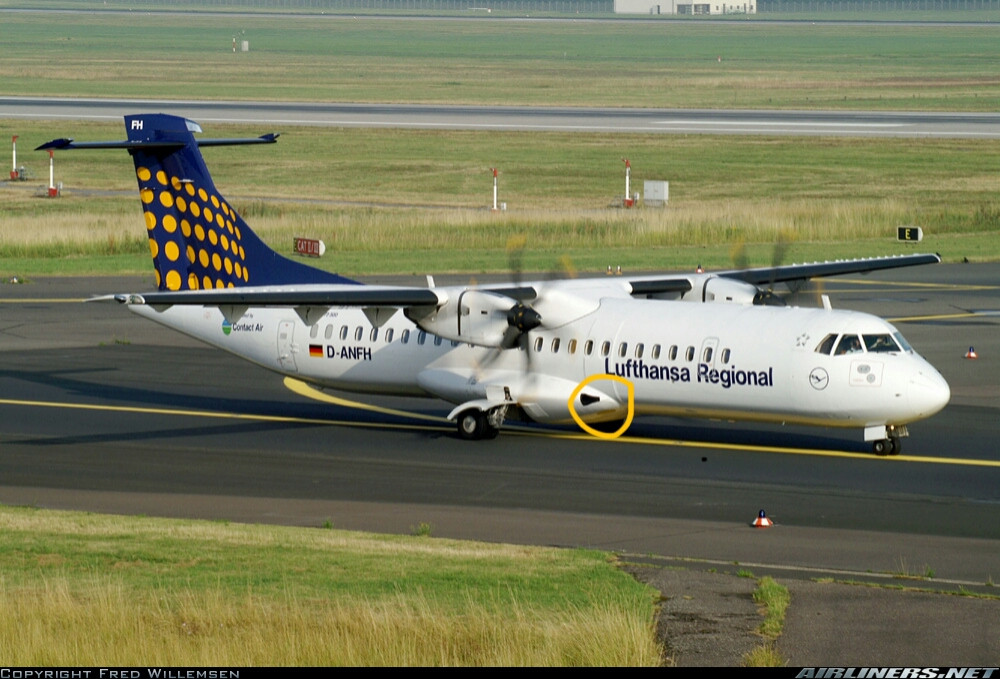 It is the ram air intake for the air conditioning system. There are two of them, one on each side.

Here is an image from the ATR-72 FCOM:

Details from the same document:

The air conditioning system is supplied by air processed through two packs which regulate air flow and temperature. The two packs are installed in the main landing gear fairings and operate automatically and independently.

Also, as @Jonathan Walters points out, the intake is a good example of NACA inlet (or NACA scoop) and are found in a number of aircraft, for example Boeing 737.

A ram air inlet for reducing the heat of the Primary and Secondary Heat Exhangers caused by the bleed air coming from the PACK Valve (Primary XCGR) and from ACM Compressor part (Secondary XCGR). It is usually ventilated by 2 means:

Not the answer you're looking for? Browse other questions tagged feature-identification atr-72 or ask your own question.

16
What exactly are those openings in the bellies of many jetliners?
2
Why is an air intake located on the root of the tail on some aircraft?