In the official ICAO database 5 aircraft are marked with an engine count C. What is that supposed to mean? Normally engine count is a number (0,1,2,3...).

I don't know the exact ICAO phraseology, but it certainly seems to describe an aircraft that has two engines combined to a single driveshaft.

Soloy has trademarked the 'Dual Pac', a pair of turboprops driving a single shaft through a gearbox. All of the Soloy aircraft there use this powerplant. 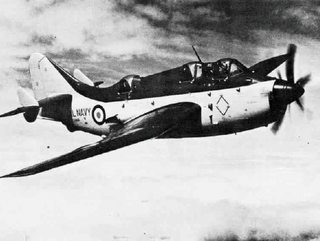 The Fairey Gannet was a (super cool) anti-submarine aircraft designed in the late 40s. It was powered by the Armstrong Siddeley Double Mamba which you could argue was the direct predecessor of the Dual Pac, albeit using a presumably very different gearbox to drive the contra-rotating prop. One half of the Double Mamba could be shut down in flight, and both props would continue to be driven:

The Double Mamba engine could be run with one Mamba stopped to conserve fuel and extend endurance for cruise flight. The contra-rotating propellers meant that when only half of the Double Mamba was running there were no thrust asymmetry problems. 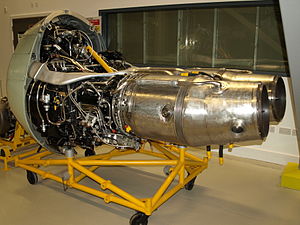 Not the answer you're looking for? Browse other questions tagged icao or ask your own question.

12
Can two airports have a different ICAO code but share the same IATA code?
7
What will the 737 MAX 7, 8, and 9 ICAO IDs be?
2
What kind of identification code is this format? (AAA0000)
4
What ICAO codes are reserved for TIS-B use?
7
Based on what concept/strategy is a new aircraft ICAO code assigned?
1
How does the ICAO VOR separation apply to reciprocal radials?
1
What are the ICAO GNSS waypoint naming conventions?
0
Does the validation of an ICAO licence allow you to fly internationally?