What is the difference between the ILS Critical Area and the ILS Sensitive Area?

What's the difference between the ILS Critical Area vs ILS Sensitive Area?

e.g. I can't decipher from this set of definitions how exactly they differ:

The ILS critical area is an area of defined dimensions about the localizer and glide path antennas where vehicles, including aircraft, are excluded during all ILS operations. The critical area is protected because the presence of vehicles and/or aircraft inside its boundaries will cause unacceptable disturbance to the ILS signal-in-space

The ILS sensitive area is an area extending beyond the critical area where the parking and/or movement of vehicles, including aircraft, is controlled to prevent the possibility of unacceptable interference to the ILS signal during ILS operations. The sensitive area is protected against interference caused by large moving objects outside the critical area but still normally within the airfield boundary.

All I can grok is that the critical area seems some subset of the sensitive area?

Do I take this to mean no vehicles are allowed in critical area but some smaller vehicles may be allowed in the sensitive area?

Basically, yes- critical area is a subset of the sensitive area. However, the terms 'sensitive' and critical' are used interchangeably in many contexts. ICAO itself acknowledges this in the same section (ICAO Annex 10 Volume I Attachment C):

Note 1.— The objective of defining critical and sensitive areas is to afford adequate protection to the ILS. The manner in which the terminology is applied may vary between States. In some States, the term “critical area” is also used to describe the area that is referred to herein as the sensitive area.

The determination of the critical and sensitive areas depends on the actual airport and the system in operation. The operator/regulator may simply include the are in critical list if they suspect any interference. For example, Transport Canada says:

Actual critical areas can be defined only by experimentation and experience. When any portion of a designated sensitive area becomes suspect as a likely source of interference, that portion must be included as part of the critical area.

The main difference appears between the critical and sensitive areas appear to be that the size of the critical area is fixed (for a localizer and glide path antenna in an airport) while that of the sensitive area varies with the category of ILS and the aircraft type. In fact, the introduction of A380 led to a reassesment of ILS protection areas. From Volume I:

2.1.9.3 The size of the sensitive area depends on a number of factors including the type of ILS antenna, the topography, and the size and orientation of man-made objects, including large aircraft and vehicles. ... . Because of the greater potential of the larger types of aircraft for disturbing ILS signals, the sensitive areas for these aircraft extend a considerable distance beyond the critical areas. 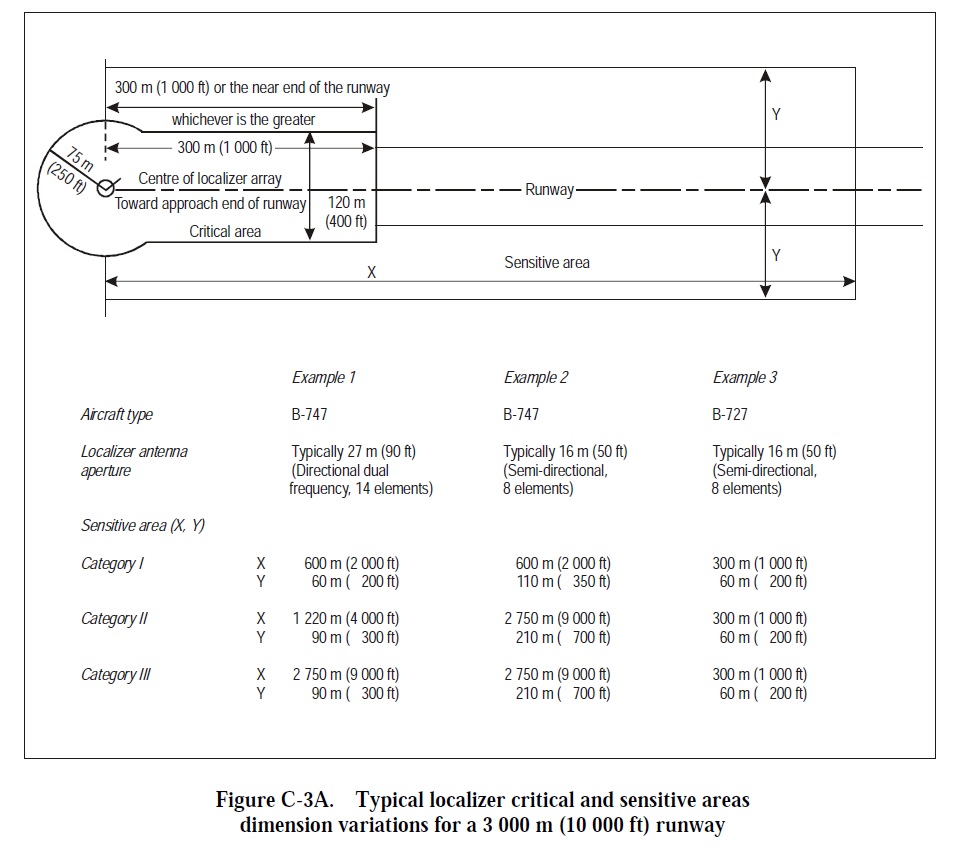 In operational sense, in critical areas, all the vehicle and aircraft movement is prohibited, while in sensitive areas, the prohibition is limited.

To protect the critical area, it is necessary to normally prohibit all entry of vehicles and the taxiing or parking of aircraft within this area during all ILS operations. ... With respect to sensitive areas, it may be necessary to exclude some or all moving traffic depending on interference potential and category of operation.

As you can see from this ICAO Annex 10 image, the ILS critical Area does indeed lay within the ILS sensitive Area, and its size is dependent on the Category of the ILS approach. 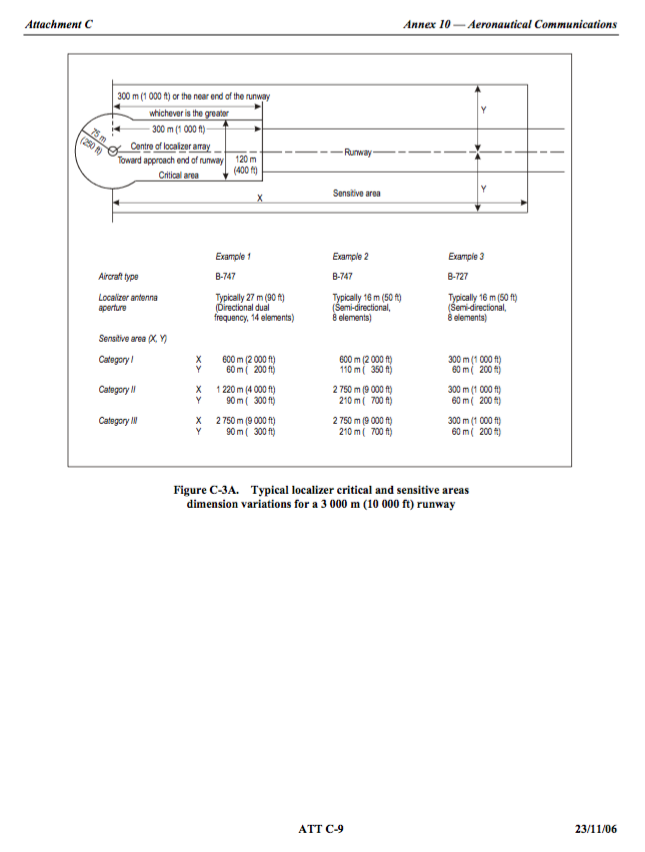 Not the answer you're looking for? Browse other questions tagged air-traffic-control ils or ask your own question.

10
Does taxiing in London City (LCY) happen on the runway?