What is this on top of the Air Force One?

Clarification: It wasn't Air Force One that visited Switzerland, it was the 747-200 E4 carrying Ashton Carter. Source

What is this thing on top of the plane (In red circle): 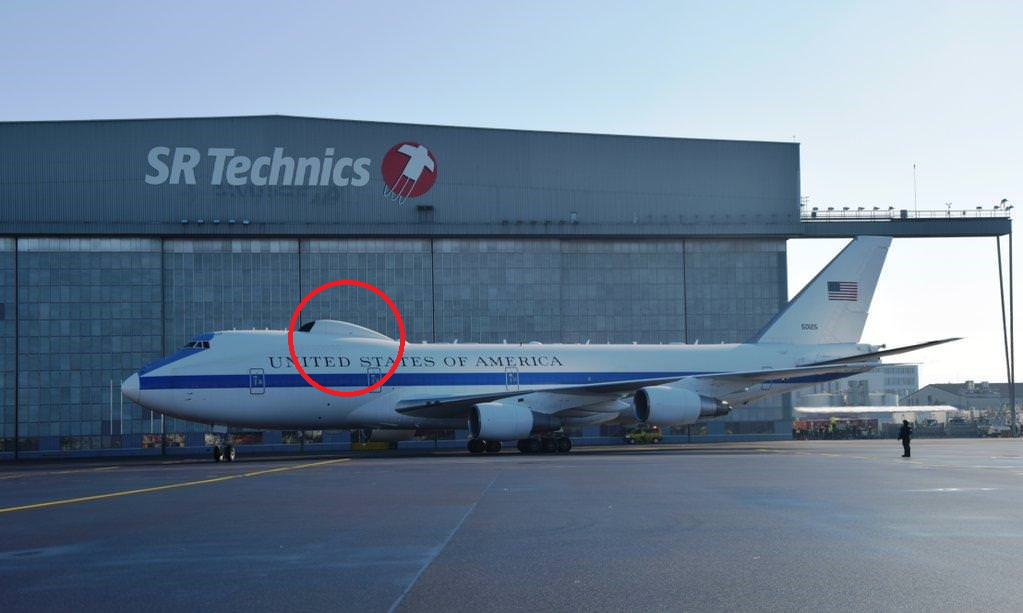 On other "Air Force One" Google image searches, I can't find this thing. I know they have more than one 'doomsday-plane', but whats the purpose / use of this thing? 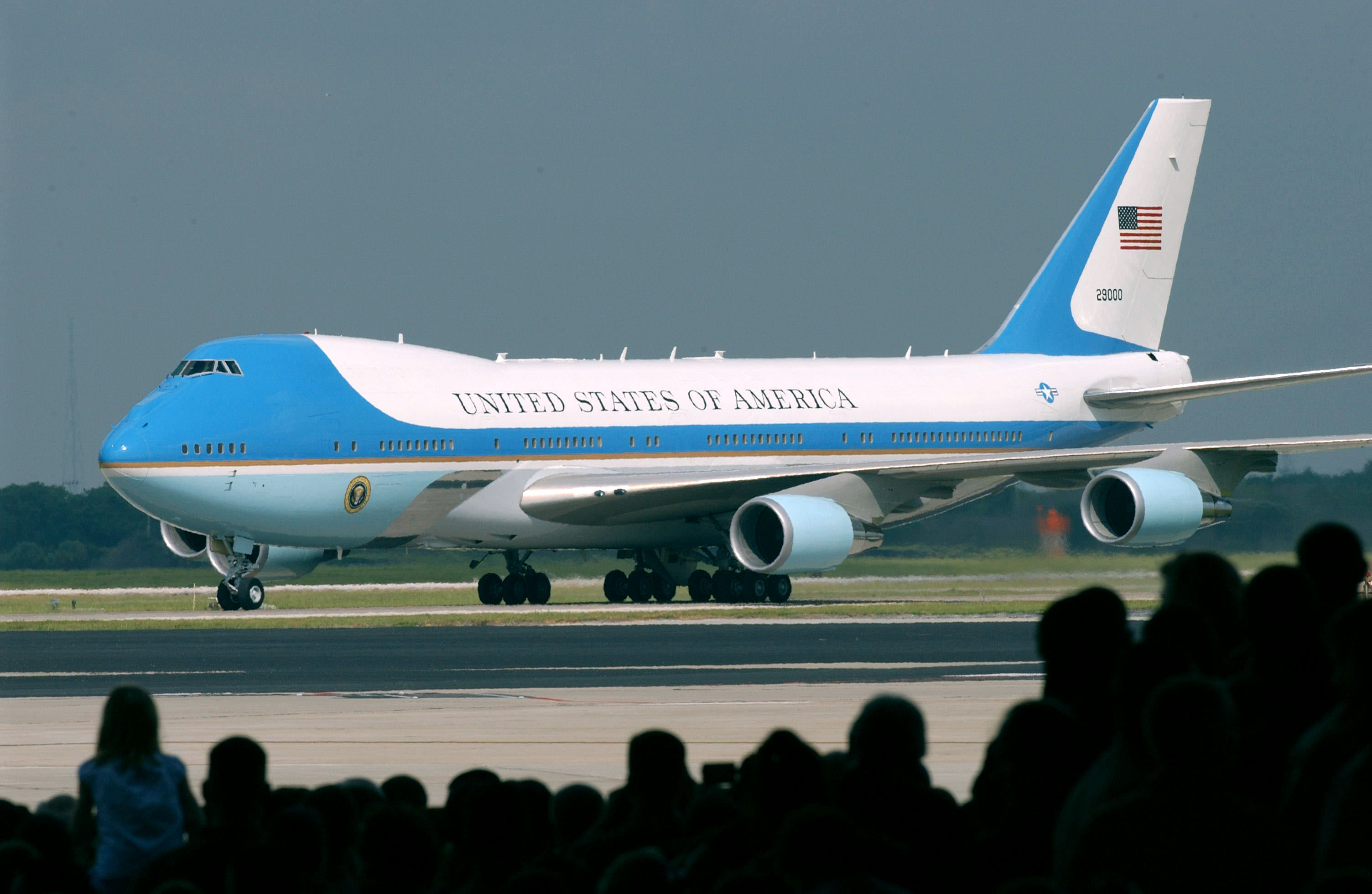 The aircraft is the Boeing E-4B Advanced Airborne Command Post 'Nightwatch', which serves as the survivable mobile command post for the US National Command Authority. The aircraft are based on the same Boeing 747s as the VC-25s used by US President.

There are four identical aircraft performing this function in the US. The "bulge" on the top is a radome that houses a steerable SHF SATCOM antenna, as can be seen in the following image. 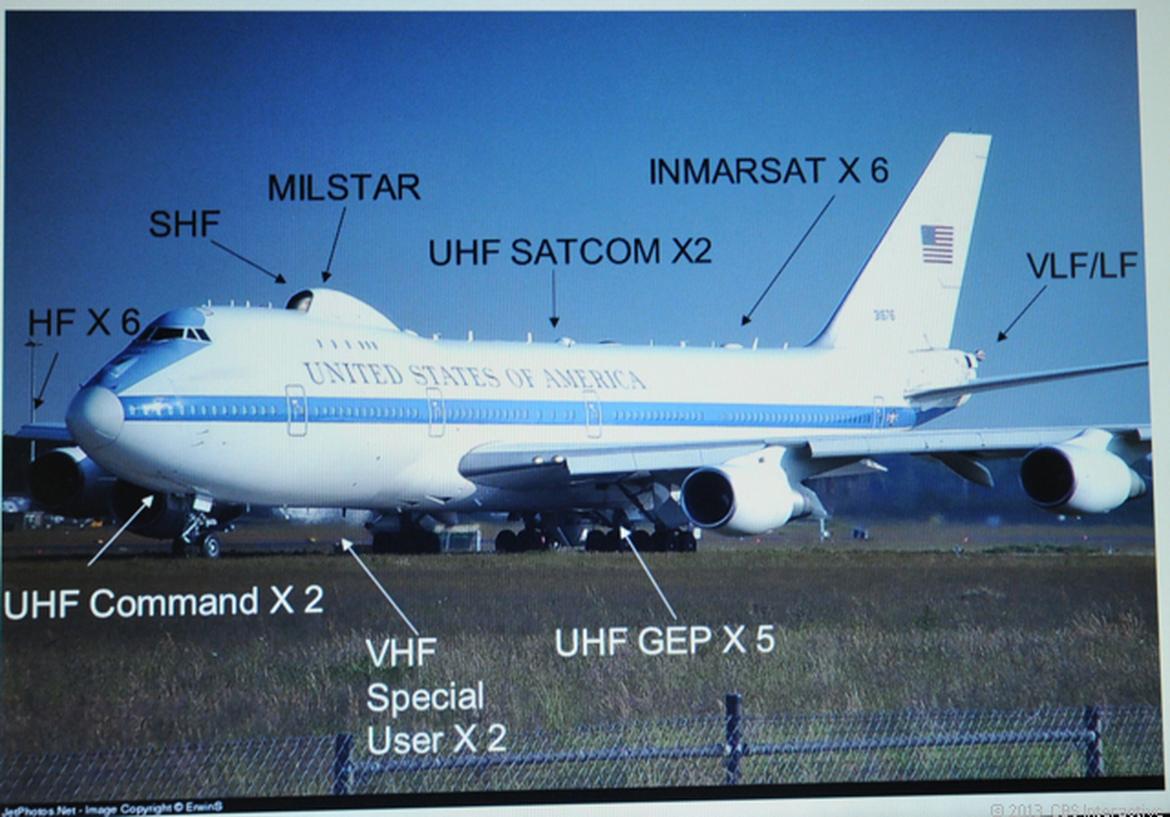 The following image shows the aircraft systems in a little more detail. 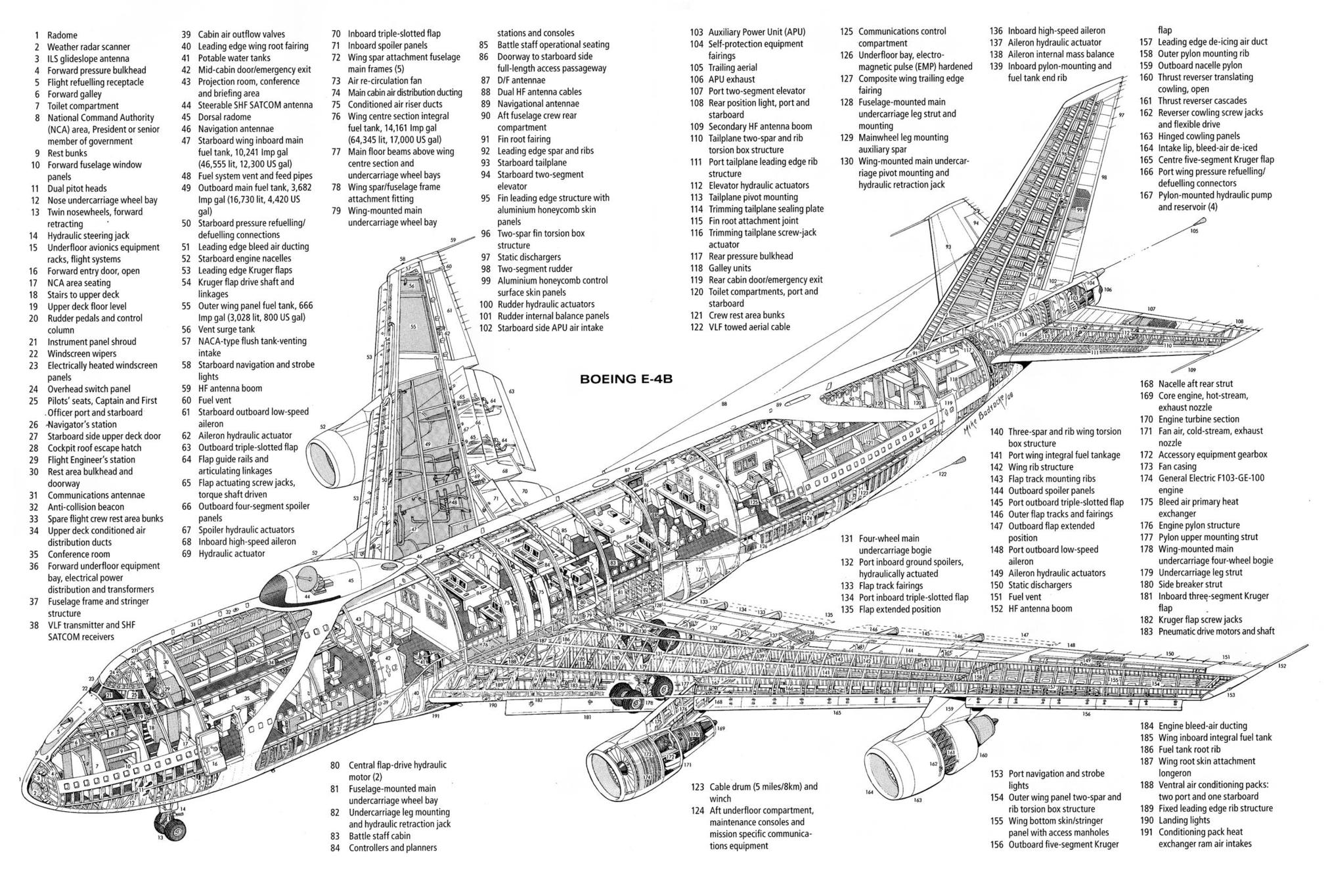 As a side note, Air Force One refers specifically to USAF aircraft carrying the US President. From US DoT ORDER JO 7110.65W

When the President is aboard a military aircraft, state the name of the military service, followed by the word "One".

For civil aircraft, it is Executive One.

That is not simply an E4, but a "B" variant. The hump houses a SHF antenna. (Source)

December 1979 a fourth aircraft (75-0125) was added. This aircraft was fitted with the distinctive “Hump” on the back of the upper deck, housing the SHF antenna. It also offered upgraded accommodations, additional shielding, upgraded electronics and new CF-6-50E2 engines. This became known as the E-4B model.

Not the answer you're looking for? Browse other questions tagged aircraft-design aerodynamics us-air-force feature-identification or ask your own question.

8
Where can I find that video of a college built blown wing aircraft?
6
Does a pilot of Air Force One receive any special privileges?
5
Can we borrow Formula One's ground effect for airplanes?
29
Where does Air Force One refuel?
34
Who has final authority over Air Force One?
14
What does the term "white-scarf Air Force" mean?
20
What is this old US Air Force plane?
2
Vertical autorotation with passive rotor
2
What Is This in The Top of IL-86VKP?
19
Does the Air Force (United States) help design their own planes?