What is the relation between an airplane's altitude and the drag it is experiencing?

When researching for this question, one often stumbles across the statement that drag decreases with increasing altitude due to the decreasing density. However, no one seems to take the kinematic density into account.
Are there trustworthy charts available indicating drag over altitude?

Yes, it does - skin friction increases with an increasing altitude.

The mechanism is linked more to temperature than to density, but the reasoning in your question is correct. There might be a few cases where viscous drag increases with Reynolds number (like laminar airfoils which lose their laminar bucket when the Reynolds number goes up), but in general the observation is true. 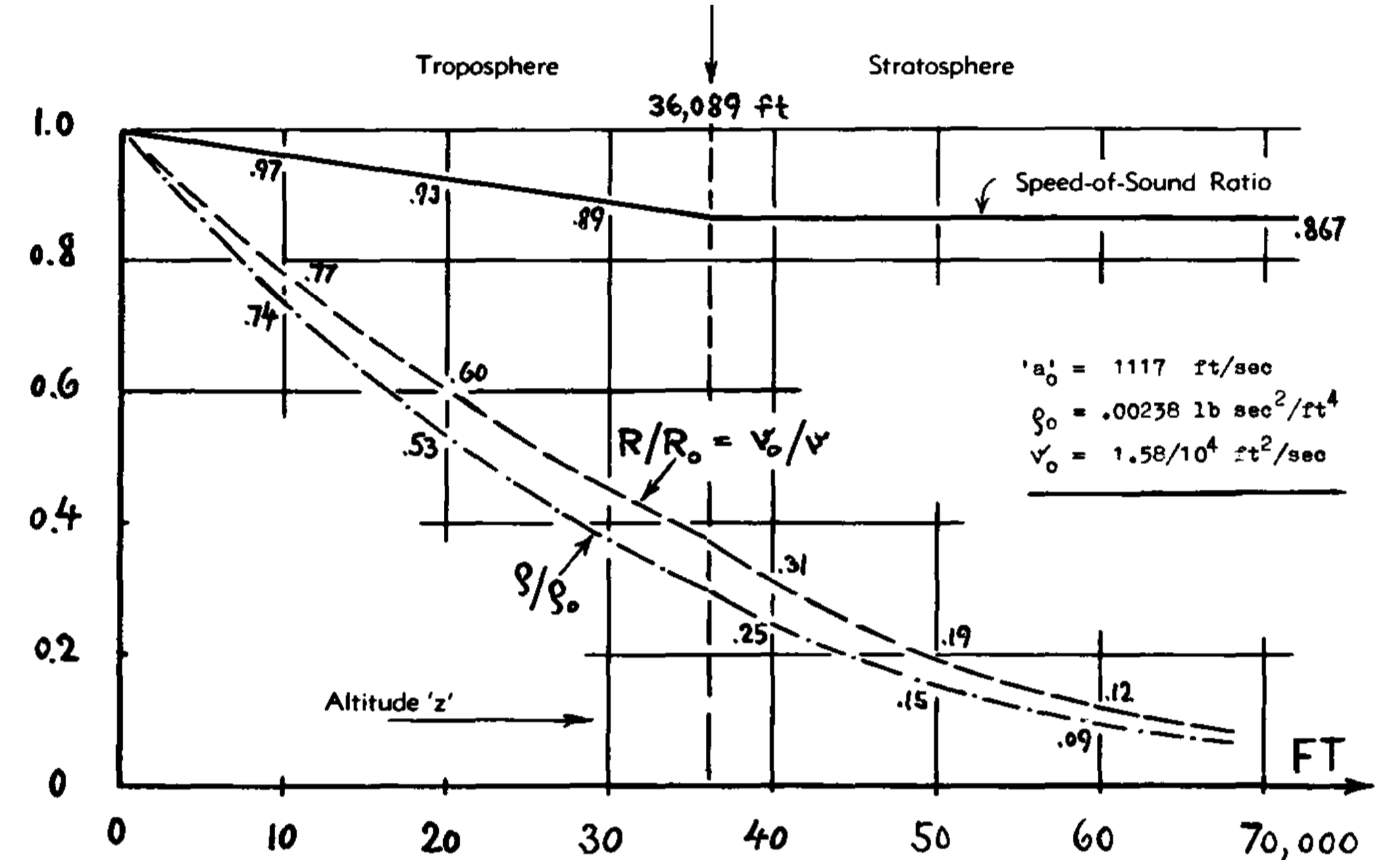 Now for the viscous drag over Reynolds number: From the same book I copied a plot of lots of experimental data which shows the trend nicely:

Skin friction over Reynolds number, from page 2-6 in Fluid Dynamic Drag. Note that both axes are logarithmic to produce a nearly linear trend line. k denotes a correction for a flow which starts laminar but then turns turbulent when the critical Reynolds number is reached (critical = kritisch in German, hence the k).

For even more details I recommend this page from Stanford.

Your comments helped me to understand the source of your doubts. Drag and lift are proportional to dynamic pressure $q$, and this in turn is the product of speed $v$ squared and density $\rho$: $$q = \frac{v^2}{2}\cdot\rho$$ Reduce density, and you reduce drag. But this will also reduce lift. In the end, you want to support the same aircraft mass at lower density, so you need to do something to get lift back to its old level despite the drop in density. You do this by increasing speed. You restore the same dynamic pressure, in other words. Now the drag is also back to its old level, plus some more. Isentropic expansion means that temperature drops when density drops, and the thermodynamic law of isentropic expansion describes what happens to air in the atmosphere (isentropic = no change in entropy). Lower temperature means higher viscosity. Moving at the same dynamic pressure in lower temperature will generally cause more viscous drag.

0
Why commercial planes fly at high altitudes?
0
How does altitude affect drag?
15
Is trimming for constant speed equal to trimming for constant angle of attack?
10
How does lowering altitude conserve energy in Solar Impulse 2?
10
When are multiple hops more efficient than single leg?
10
Will control surfaces on a plane be less efficient at a higher altitude?
6
How does the IAS stall speed vary with increasing altitude?
5
What's the theoretical background of the critical angle of attack?
5
Does skin friction drag decrease with velocity?
3
How can the zero-lift drag coefficient (parasitic drag) be calculated?
See more linked questions

2
Does waverider have much lower drag than Sears Haack body?
10
What is the maximum theoretical lift of a plane as a function of engine power and surface of the wings?
3
What is the relation between airspeed and generated heat at constant drag?
6
What is the formula for induced drag?
8
How does Reynolds Number affect skin friction drag?
6
Why the dynamic pressure is not mentioned in the explanation of lift by Bernoulli's principle?
3
How can my CD0 estimation be improved?
1
What are the effects of increasing Wing Aspect Ratio?