Can we replace an attitude indicator with a ball half full of liquid?

Attitude indicators (artificial horizons) use a gyro to display pitch and bank.

I was wondering if it would work to use a ball half full of liquid to replace the artificial horizon (using the water level as reference)?

Nope. In a perfectly flown turn, the ball of liquid would appear to indicate level flight.

You might argue that it could replace the "ball" of a turn & bank indicator, but that's about it.

It would also be tough to read in turbulence.

See also this YouTube video showing Bob Hoover pouring iced tea while flying the plane through a roll, even while inverted. Your liquid would behave similarly. 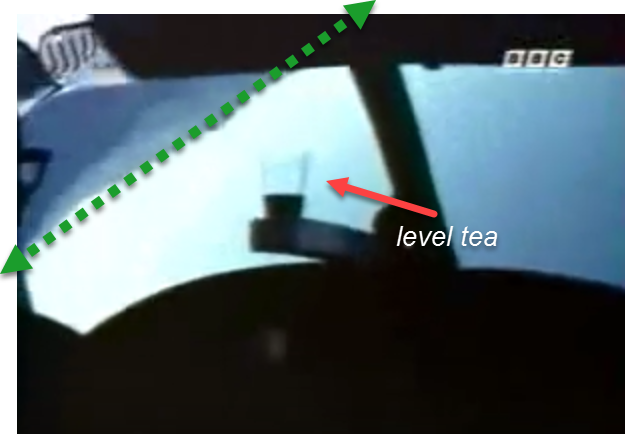 This is similar to the "use a plumb bob / fuzzy dice" idea.

Happens all the time where VFR pilots fly into IMC, and rely on their sense of balance (from their inner ear) to keep the plain straight and level. The forces acting on the inner ear are the same as acting on the plumb bob at left. How are we doing? 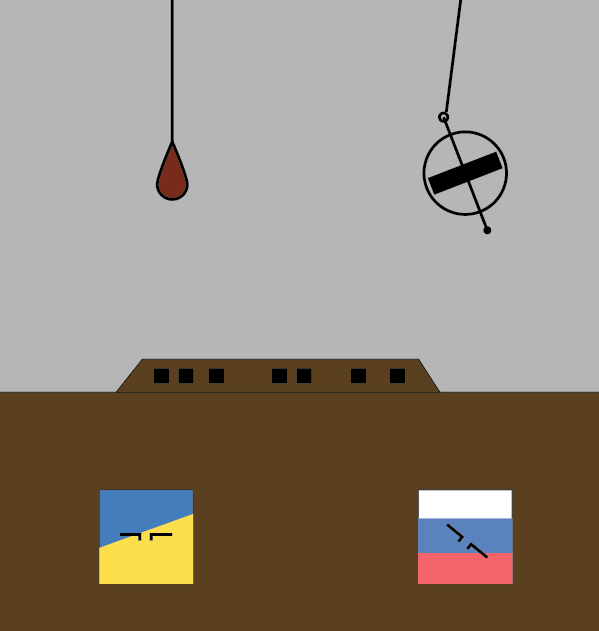 Look at the plumb bob on the left. Looks great right, hanging straight down. Even the toy gyroscope on the right seems to agree, in the larger sense of motion anyway. Don't know why it's tilting like that.

By the way, somehow the right-side PFD got set to the Russian style, but they average out to level, right? 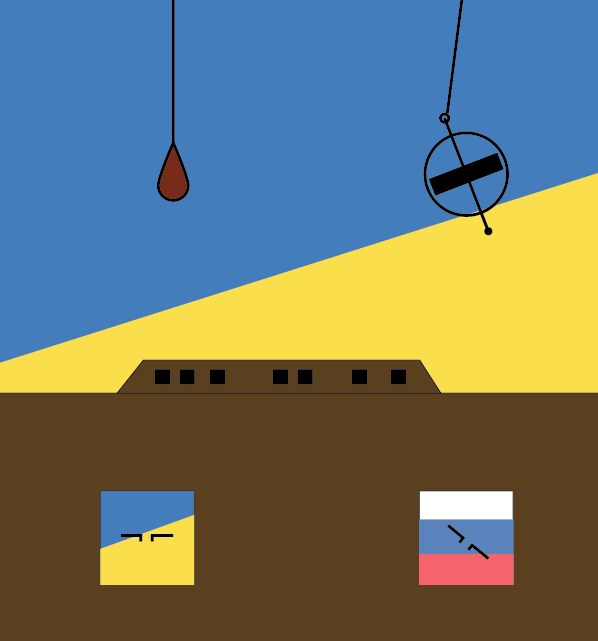 Now we see. The airplane is banking, but it's doing so in a coordinated turn, so the sum of gravity and centripetal force balance out and provide straight vertical acceleration. This could be the classic bank/spin that happens when VFR pilots fly into IMC and try to use their inner ear to fly what feels like straight and level. The ear is fooled, as is the plumb bob. The gyroscope is not fooled, because it is resisting the change in orientation that happened when the aircraft banked.

Not the answer you're looking for? Browse other questions tagged flight-instruments attitude or ask your own question.

1
Wouldn't a Snow Globe prevent pilots from getting disoriented?
0
Can fuzzy dice help in IMC?
1
Why do planes not employ a non-technological banking indicator?
0
"Snowglobe"-type attitude indicator
4
What are the forces present in a coordinated turn?