Is the “glory” optical phenomenon frequently seen by aircraft pilots?

A glory being this optical phenomenon: 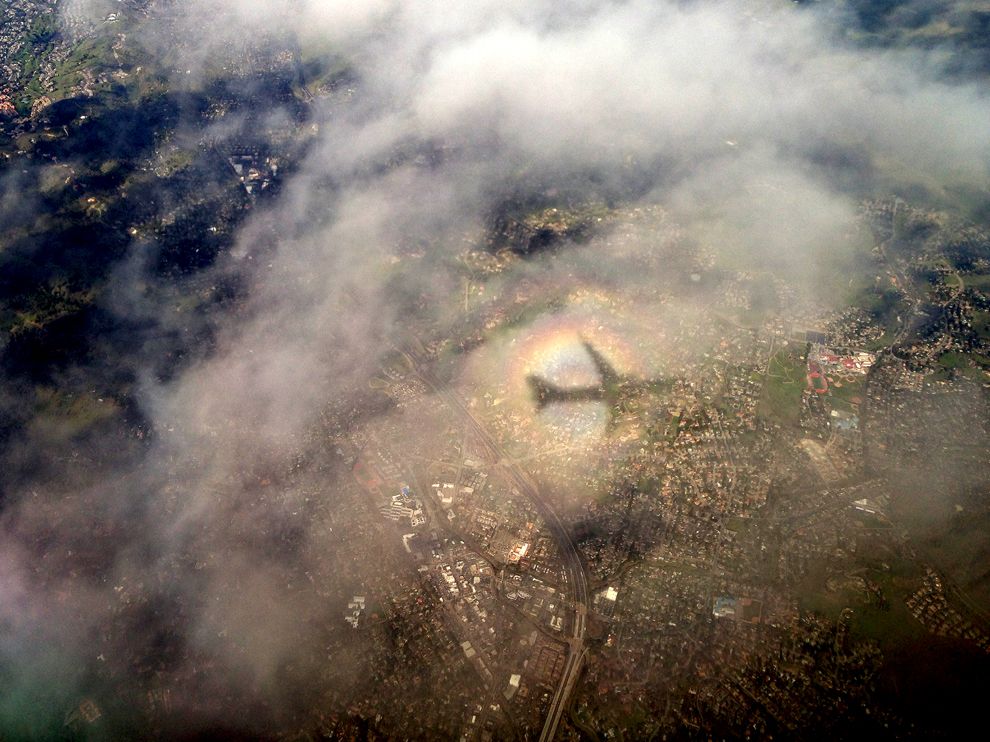 Does it represent a specific icing hazard? How frequent is it?

Yes, pilots frequently see this phenomenon.
No, it does not necessarily present a specific icing hazard.
Yes, in some circumstances it can be in indication of an icing hazard.

Speaking for myself, yes, I often see this. I cannot speak for all pilots, but I think many pilots do also see this. The phenomenon depends on several conditions, the primary ones being angle of the aircraft relative to the sun, and the presence of liquid water droplets.

However, I would contest the assertion that it reveals the presence of supercooled water. I see the phenomenon most often in low level fog banks or mist. I do a lot of early morning flying when the conditions are right for the phenomenon. On many of these occasions the air temperature is well above freezing, and all other weather conditions would also indicate that the water droplets are not supercooled. See the following photos from the wikipedia page showing the phenomenon in low level (probably above 0°C) fog banks: 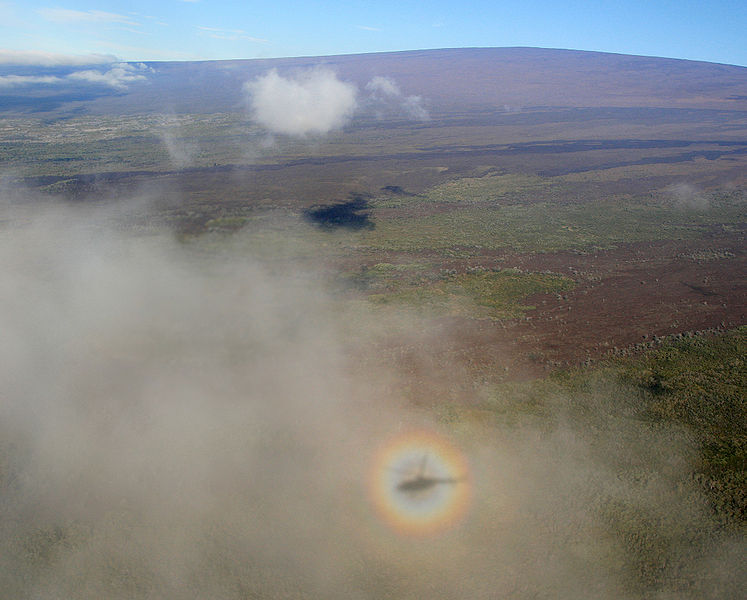 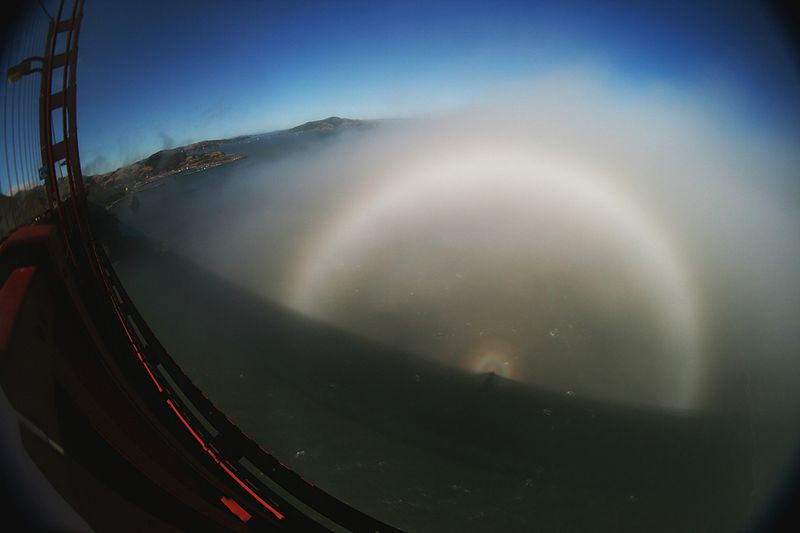 Since the water droplets connected with the phenomenon are not necessarily supercooled, the risk of icing will depend on other factors, primarily outside air temperature. Though the "glory" phenomenon does indicate visible liquid water droplets, it does not necessarily indicate an icing risk. A thorough pre-flight risk assessment for icing conditions should answer that question on a case by case basis.

Now, the conditions in which many airline passengers might see the phenomenon may well be at an altitude high enough that the liquid water droplets may very well be supercooled. In such cases the "glory" phenomenon indicates that the cloud in question is not formed of ice crystals (which pose little icing risk) but of liquid, and possibly supercooled liquid droplets.

Yes. It represents a potential icing hazard. As you noted, the glory (or pilot's halo or glory of the pilot) indicates the presence of liquid water in the cloud. If the temperature is in the freezing range and the aircraft descends into the cloud where glory is seen, icing can be expected.

The glory is one of the most common forms of halo visible in the sky. For the pilot it is a warning sign of potential icing because it is only visible when there are liquid water droplets in the cloud. If the air temperature at cloud level is below freezing, icing will occur in those clouds that produce a glory.

A glory can be seen by looking downwards and seeing it surround the shadow that your aircraft casts onto the cloud tops. They can also be seen by looking upwards towards the sun (or bright moon) through clouds made of liquid droplets. ... . Although ice crystals often produce other halos and arcs, only water droplets form bullseyes.

Glory is quite common. In pre-airplane days, glories were quite rare and one good way to see them was to go up a mountain, a phenomenon called Brocken Spectre. However, with the advent of air travel, the phenomenon has become more common.

Not the answer you're looking for? Browse other questions tagged icing cold-weather or ask your own question.

8
Is on-board equipment for in-flight de-icing also used on the ground?
10
How was the “frozen wing flap grease” problem solved? (Antarctica, 2001 emergency evac)
8
Does the AC-130 have de-ice or anti-ice protection for wings and surfaces?
5
How is paint embrittlement countered in high altitude aircraft?
3
Do aircraft need special modifications for polar routes?
1
What is the reasoning behind this question about the correct altitude to avoid clear icing?
9
How are winter weather operations different if they are based on an aircraft carrier instead of a runway on land?