How do X-shaped control surfaces work?

I watched this video of the Raytheon SDB II and noticed that it seems to have no control surfaces on its wings, just the four fins on the tail. How do these fins work to alter the attitude of the SDB and other missiles or aircraft using the same scheme? For example, if it were to pitch downwards, which fins would need to move and in which direction?

First, the precise terms is not fins, but control surfaces. Fins would be fixed but the four rear surfaces can rotate around a spanwise axis. By rotating, they can be positioned at an angle to the airflow, thus deflecting it and creating an opposing force.

When the left and right surfaces are rotated by the opposite angle, their vertical force component will cancel while the horizontal component will add up, thus creating a yawing moment which swings the tail around.

If it were to pitch downwards, which fins would need to move and in which direction?

All four surfaces will move trailing edge down, so the resulting force will point up and pitch the whole craft nose down.

The Raytheon SDB (Small Diameter Bomb) has four fins at the rear end for control of the bomb during flight. 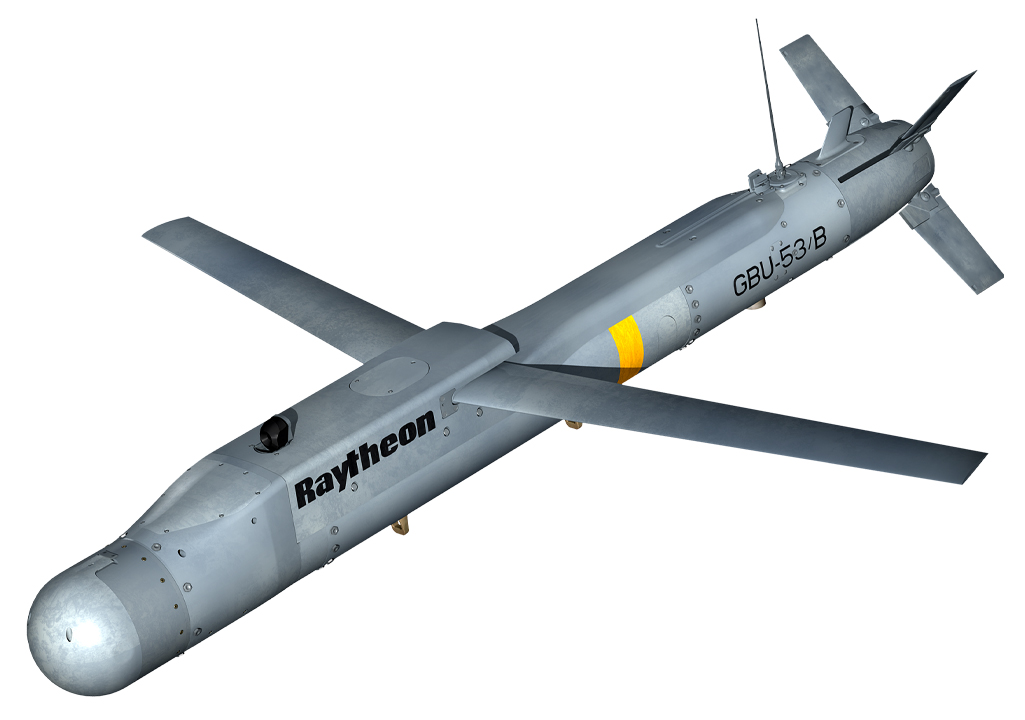 The basic operation of the fins for control is similar to the aircraft control surfaces like the stabilizer. The fins are located way from the cg so that any change in their lift will cause a moment at the cg, helping in changing the missile orientation. For example, for turning the misile, the top and bottom fins are rotated.

Image from Principles of Guided Missiles and Nuclear Weapons by USN

Note that, in case of SDB, the entire fin rotates rather than a part, but the principle is the same. For pitching up and down, the fins on either side are rotated (rotate up for pitch down and rotate down for pitch up).

Image from Principles of Guided Missiles and Nuclear Weapons by USN

A number of missiles have 'X' shaped control surfaces so as to mount on the aircraft rails so that they extend on either side of the rail. The operation is similar to what is outlined above- the deflection (rotation) of the control surfaces create pitching moment about the cg.

Not the answer you're looking for? Browse other questions tagged missiles control-surfaces or ask your own question.

23
What is the difference between the V-shape tail and the straight tail on the Beechcraft Bonanza?

10
How is pitch controlled in a flying wing?
19
What is the purpose of these odd “control surfaces” on the BAE Taranis?
4
Why are trailing-edge control surfaces usually split?
3
Is it correct to say “the up-elevator position decreases the camber of the elevator”?
3
How does hydraulic actuator servo valve feedback work?
38
How do conventional missiles fly?
6
What are the relative contributions of the body and wings to missile lift?
3
Aerodynamics of Flight Control Surfaces
5
Why does the zeppelin NT tail use 3 fins?
5
What, if any, would be the most correct term for the aerodynamic flight control surfaces of SpaceX's Starship?