What is the correct formula to calculate propeller efficiency?

How to calculate in the right way the efficiency of a propeller?

If we know the engine power, speed of the plane and the thrust of its propeller, what is the correct method, (1) or (2), for calculating the efficiency of the propeller? 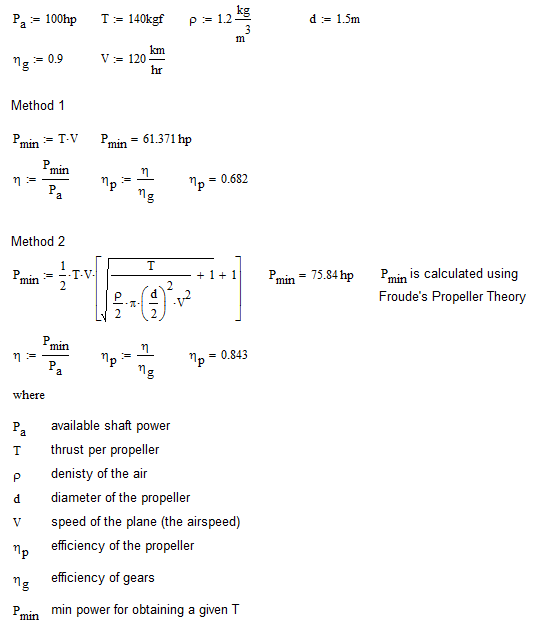 Assuming that Method 1 is the correct one, it appears that the efficiency of a propeller must satisfy the inequality:

It looks like Method 1 is correct and 2 is wrong as long as the page Performance of Propellers, MIT calculates the efficiency on an ideal propeller and gets the same inequality. If a propeller of diameter, d, delivers the thrust, T, while the plane travels at the speed, V, it always has a maximum possible efficiency that can be calculated, is below 1 and can not be improved. Not even an ideal propeller of diameter, d, has, in general, an efficiency that reaches 100%. The absolute minimum, reference power, is always $TV$ and not something else and the efficiency is always: $$TV/Power_{absorbed}$$ where the minimum absorbed power is calculated with Froude's Propeller Theory.

Propellers are designed for an optimal tip speed being a certain multiple of the air speed they are flying inside. The angle of the propellers aerofoil shape to the propellers axel changes as you move from the Center to the tip. The more pronounced the blade rotation the higher the intended tip speed.

From memory having the tip speed running at 1-3 times the the air flow speed is not efficient, but at least the propeller works over a wide range of air speeds.

Highly tuned propeller tips are moving at 6x the air speed. However, their effectiveness at moving air disappears rapidly if the air flow is too slow. (The propeller blades are stalled)

The last thing you want on a propeller plane is an efficient propeller.

I wasn't really able to follow the hyperlink. For one thing, it seems to suggest that the propeller efficiency just before takeoff is zero. I find that approach worthless.

Usually, I have found that if I need to know for sure if something it correct, at some point I will have to derive it myself, so it will usually take less time to do that then to search for what will be a non-authoritative answer anyway.

I would think a better way to handle this question would be purely from an input and output perspective, not a microscopic blade perspective. It shouldn't matter if there are 10 blades shaped like a Christmas tree. The only things you need to measure for efficiency ratios should be inputs and outputs. That's the whole idea behind such numbers.

Here, the input is power. The output is clearly thrust. So, a propeller assembly's efficiency should be the actual thrust as compared to a perfect magical conversion of power to thrust in which there was no wasted energy going elsewhere and not into thrust.

The use of the word average here is intended to allow for a "spherical chicken," such that the effects of turbulent flow outside of the fan swept area affects the efficiency, but can cleverly be ignored in our actual calculations of efficiencies themselves. However, one could visualize the fan assembly to be a ducted fan with a constant cross-sectional area, where the air aft of the assembly could be of a higher mass density than the partial relative vacuum fore of it, just as in some automobile air intakes at high enough rpm. This way it is clear that the exhaust velocity isn't any speeds of airstreams near blades, which could be higher, but, rather, is the average velocity of all air just after the fan assembly. 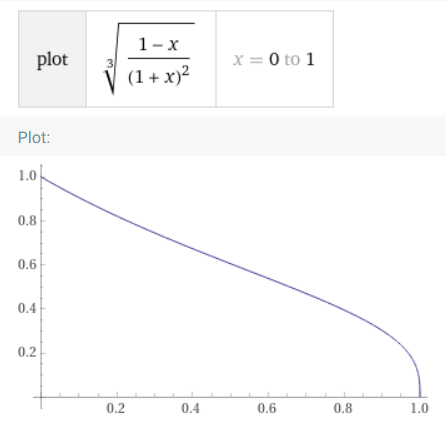 I think this is "How to calculate in the right way the efficiency of a propeller."

To check if this analysis is reasonable, we can compute the efficiency of one of the first propellers. I did that in the answer to Why does this calculation show Gustave Whitehead's propellers were more than 100% efficient? and arrived at 81±13%, which seems to me to be a reasonable efficiency.

27
Is there any equation to bind velocity, thrust and power?
4
Why does this calculation show Gustave Whitehead's propellers were more than 100% efficient?
0
static thrust vs. prop RPM data?

5
Is this a good or a bad propeller?
5
What is the equation for the energy balance between turbine, compressor and propeller?
5
Is this equation for propeller thrust correct?
3
How to realistically model propeller static thrust?
4
Propeller Efficiency calculation different by two methods
2
Can someone please tell me all the units for the propeller thrust equations?
2
How can I calculate the relationship between propeller pitch and thrust?
3
Power calculation of propeller
0
static thrust vs. prop RPM data?